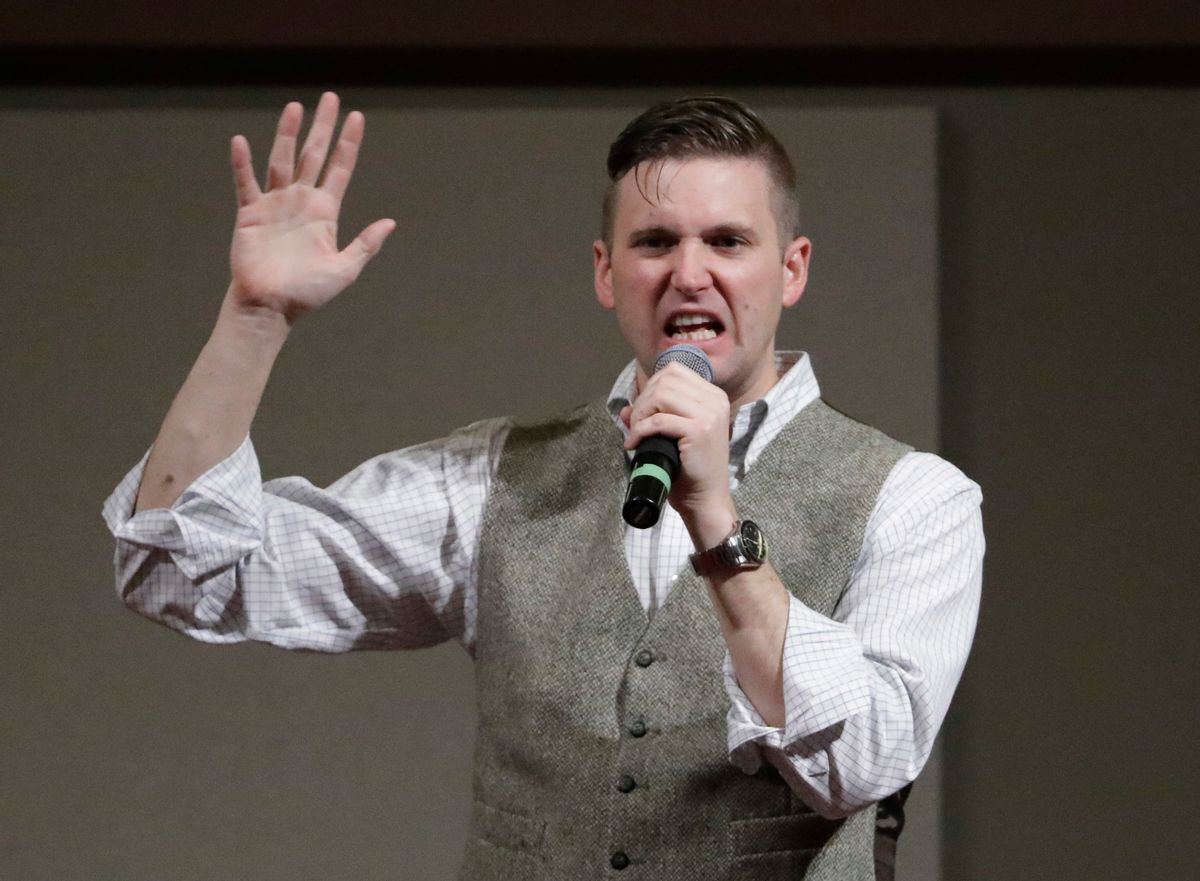 Richard Spencer, the prominent white supremacist who was on the receiving end of a punch to the face on Inauguration Day, found nothing wrong with President Donald Trump's statement that recognized Holocaust Remembrance Day without mentioning the Jewish community and the anti-semitism that oppresses them.

"Trump's statement on Holocaust Memorial Day is, on the surface, utterly defensible within the current moral paradigm," Spencer wrote in a post on his new site Alt Right.

The alt-right ideologue claimed the "activist Jewish community" was only voicing complaints about  Trump's statement because they wanted attention, "It is all about their meta-narrative of suffering, and it shall undergird their peculiar position in American society, and theirs alone." He deplored the fact that Hitler and the Holocaust has become the "negative moral center of the liberal universe."

A champion of President Trump and the movement he has inspired, Spencer was once a PhD candidate at Duke University who helped popularize the term "alt-right." He has said he rejects the name "Nazi" and has even conceded that Hitler did some "despicable" things. Still, he was seen in November leading an alt-right gathering in what was widely seen as a Hitler salute.

The Trump administration faced intense blowback for their statement on the Holocaust; more so when they double downed on the language, asserting that "everyone" felt the consequences of Nazism. Critics argued that this was an example of Holocaust denial and required revision. On Sunday, White House Chief of Staff Reince Priebus said  that "everyone’s suffering in the Holocaust including, obviously, all of the Jewish people affected and miserable genocide that occurs — it’s something that we consider to be extraordinarily sad. If we could wipe it off of the history books, we would. But we can’t.”

Trump's son-in-law, Jared Kushner is Jewish. So is his daughter, Ivanka, who converted to marry Kushner.