Child refugees from Central America are being turned away, too: The human cost of Trump's ban grows daily 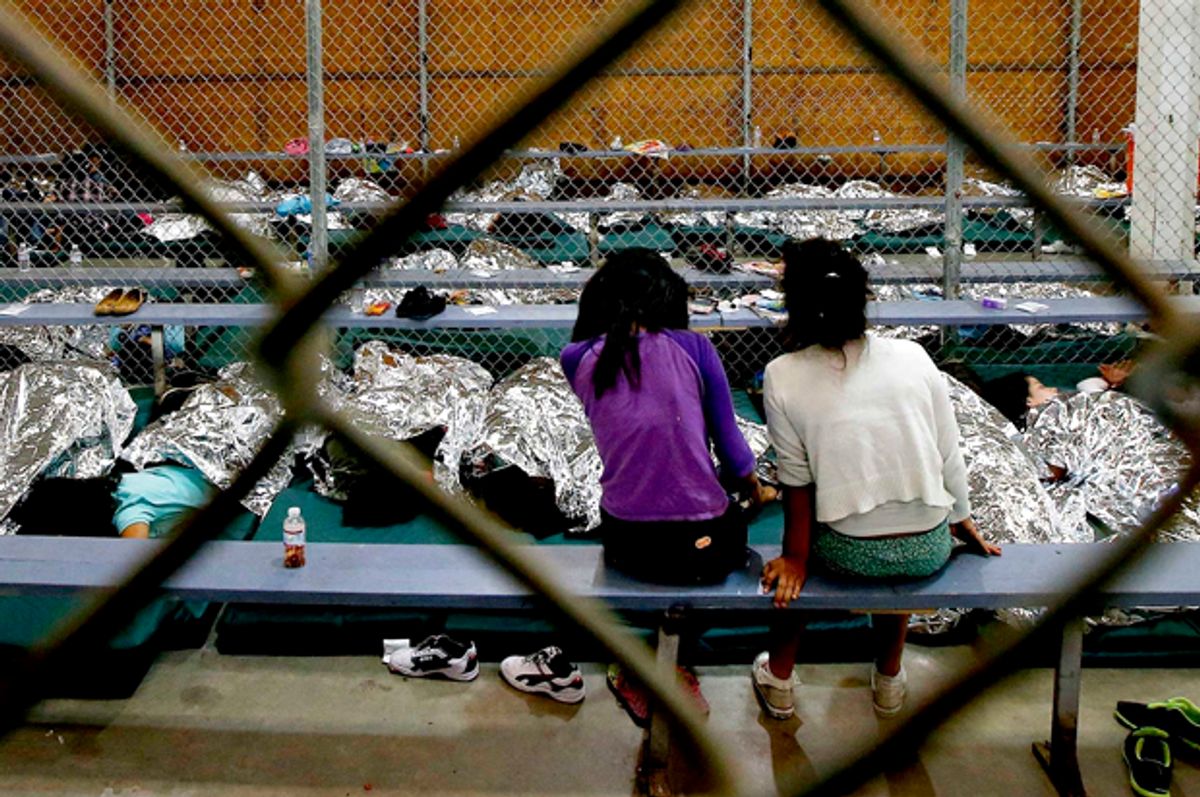 One of the more inexplicable actions of last weekend, as the chaotic ban on travelers and immigrants from several predominantly Muslim countries lurched into effect without any planning or notice, was the detention at Dulles airport of a 5-year-old boy arriving from Iran who was traveling home to Maryland. His mother was anxiously waiting for him in the arrival area, and CNN showed the footage of their eventual reunion, which illustrated the inanity of this blanket ban more perfectly than any words could have done.

Those images were seen all over the world and given President Donald Trump's obsessive cable news habit, one might have assumed the administration would be prepared to answer a question from the press about whether it makes sense to treat small children as potential terrorist threats. This was White House press secretary Sean Spicer's answer:

You can go through and nitpick and say, "Well, this individual this," but that’s why we slow it down a little and make sure, that if they are a 5-year-old, then maybe they’re with their parents or they don’t pose a threat. But to assume that, just because of someone’s age or gender or whatever, that they don’t pose a threat would be misguided and wrong.

This lack of common sense is one of the many factors that makes the Trump administration's actions so chilling. It requires no more than a glance to know that a 5-year-old child is not a terrorist. If we are now so paranoid as to believe he might actually be a walking time bomb, officials could take another 30 seconds and have him walk through the normal screening equipment used at every airport. All of this should take no more than a minute. Anything beyond that is completely ridiculous.

It turned out the boy in question was a U.S. citizen, and the authorities had been advised in advance of his arrival by Sen. Chris Van Hollen of Maryland. They held him anyway. This incident ended well; the little boy was finally reunited with his mother and they went back home. There are many children who won't have such a happy ending, kids who have already been through hell. We, as Americans, are turning our backs on them.

There are dozens of stories all over the media about people in dire straits desperate to escape their war-torn countries and join relatives in the U.S. The worst, of course, are the Syrians, who find themselves in the middle of a living nightmare without much hope of waking up. An estimated 5 million Syrians have fled their homeland and millions more are displaced within the country. UNICEF calls it the largest humanitarian crisis since World War II. And at least 2 million of these refugees are children.

Some of them are kids with serious medical problems, like those in  a heartbreaking ABC News story, which chronicles the tragic circumstances of a 6-year-old cancer patient, and a KPTV piece about a 4-month-old baby with a serious heart condition. These children desperately need to come to the U.S. for treatment and won't be able to under the travel ban. It's part of the immeasurable human cost of this callous and unnecessary policy.

By now the Trump administration's indifference to their plight is legendary. During the campaign Trump not only promised to ban Muslims altogether; he also said he would send back all the Syrian refugees. It sounded at the time as if he intended to round them up and deport them, in the same way he pledged to round up undocumented workers from Mexico. So far he has sent back just those who arrived with what they thought were valid visas. But you never know. The policy is expanding by the day.

On Wednesday, the Los Angeles Times reported on another group of children who have been prevented from entering the States under Trump's executive order barring all refugees:

President Trump’s executive order on immigration has halted a government program that allows Central American children to seek refugee status in the United States. . . . The program is available only to children who have a parent who is residing in the U.S. legally and in some cases a child’s adult relative. Applicants are screened in their home countries.

“This program was an important recognition of the very real violence in these countries,” said Maureen Meyer, who advocates for migrant rights with the nonprofit Washington Office on Latin America. “Clearly the suspension of this program puts these children at more risk. A lot of people that are in danger could be killed.”

You will remember the crisis that was provoked a few years ago when thousands of kids from Central America made harrowing trips to the U.S. border to escape the violence of their home countries — a situation I wrote about for Salon in 2014.

Trump's order was justified as being necessary for national security. It's hard for decent people to imagine how stopping children from reuniting with a parent or adult relative will keep our nation safe. But the Trump administration is full of people, including the president, who believe that most foreigners are a destructive force in America society.

“Don’t we have a problem with legal immigration?” asked Bannon repeatedly. "Twenty percent of this country is immigrants. Is that not the beating heart of this problem?” he said, meaning the problem of native-born Americans being unable to find jobs and rising wages.

Nobody agrees more with this worldview than Sen. Jeff Sessions, Trump's prospective attorney general. Trump himself may have hedged this issue slightly with his fatuous promise to build a "big, beautiful door" on his big, ugly wall. But his hostility toward foreigners and immigrants is palpable.

Rumor has it the administration may add Venezuela and Colombia to the list of countries whose citizens are barred from entering the U.S., possibly to fight off the legal challenges against the existing executive order based on its evident religious discrimination. The heinous Muslim ban may have to be withdrawn if the courts don't buy it.

But denying refugees, even children, entrance to the United States for whatever reason they can conjure up is something leading figures in the Trump administration believe in for its own sake. They want to return this country, which was founded and populated by immigrants, to some imaginary state of purity. It's absurd on its face.