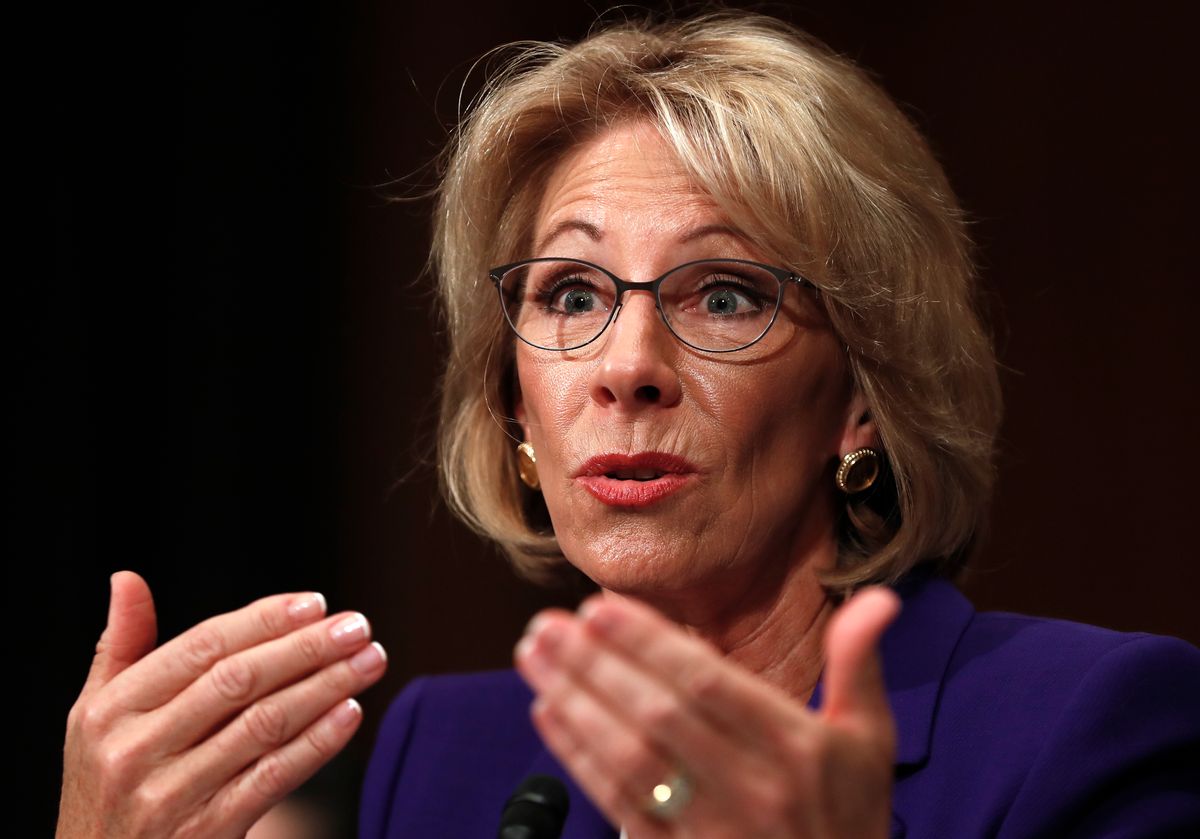 Billionaire philanthropist and public education backer Eli Broad is urging senators to vote against President Donald Trump's pick for education secretary, Betsy DeVos, saying she is "unprepared and unqualified for the position."

Broad writes in a letter to senators that if DeVos were confirmed, "much of the good work that has been accomplished to improve public education for all of America's children could be undone."

Broad says the country needs an education secretary "who believes in public education and the need to keep public schools public."

DeVos is a major advocate of school choice programs, and Democrats and labor unions have protested her candidacy. Broad has given millions toward programs aimed at improving public education.

Donald Trump's nomination of school choice activist Betsy DeVos as education secretary is on thin ice after two Republican senators vowed to vote against her.

DeVos, a billionaire Republican donor who spent more than two decades promoting charter schools, has emerged as one of Trump's most controversial Cabinet picks facing fierce opposition from Democrats, teachers unions and civil rights activists. With Sen. Susan Collins of Maine and Lisa Murkowski of Alaska in opposition, the nomination could die if DeVos loses the support of one more Republican — and all Democrats vote against her.

Murkowski said she believed DeVos has much to learn about public education.

The senator says she has "serious concerns" about DeVos, saying the nominee has been "so involved on one side of the equation, so immersed in the push for vouchers that she may be unaware of what actually is successful within the public schools and also what is broken and how to fix them."