Trump threatened to send U.S. troops to stop "the bad hombres down there" unless the Mexican military did more 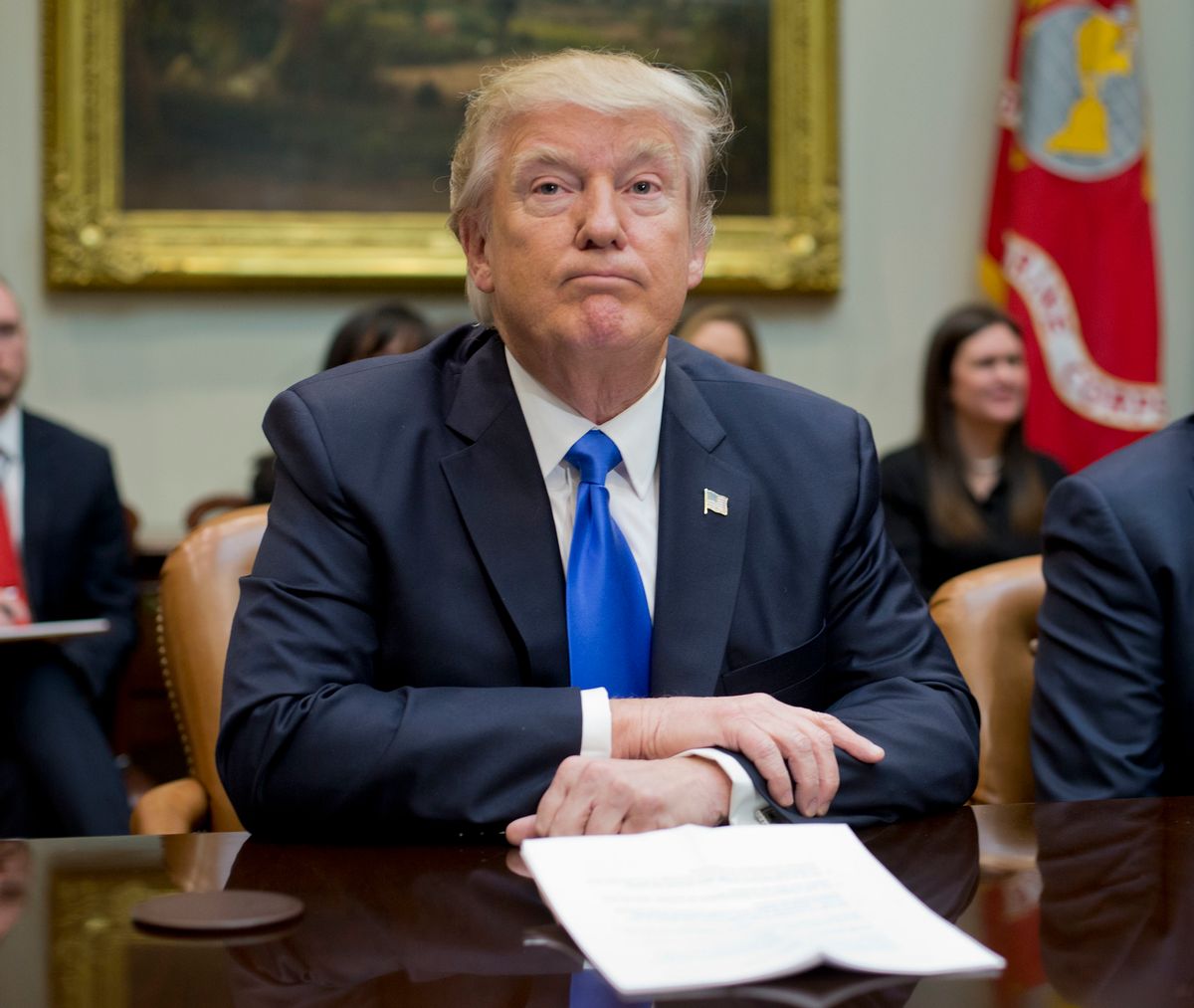 WASHINGTON  — President Donald Trump threatened in a phone call with his Mexican counterpart to send U.S. troops to stop "bad hombres down there" unless the Mexican military does more to control them itself. That's according to an excerpt of a transcript of the conversation obtained by The Associated Press.

The excerpt of the call did not make clear who exactly Trump considered "bad hombres," or the tone and context of the remark, made Friday.

Still, the excerpt offers a rare and striking look at how the new president is conducting diplomacy behind closed doors. Trump's remark suggests he is using the same tough and blunt talk with world leaders that he used rally crowds on the campaign trail.

A White House spokesman did not respond to requests for comment. The Mexican government said the account was not accurate.

The phone call between the leaders was intended to patch things up between the new president and his ally. The two have had a series of public spats over Trump's determination to have Mexico pay for the planned border wall, something Mexico steadfastly refuses to agree to.

"You have a bunch of bad hombres down there," Trump told Pena Nieto, according to the excerpt given to AP. "You aren't doing enough to stop them. I think your military is scared. Our military isn't, so I just might send them down to take care of it."

A person with access to the official transcript of the phone call provided only that portion of the conversation to The Associated Press. The person gave it on condition of anonymity because the administration did not make the details of the call public.

The Mexican website, Aristegui Noticias, on Tuesday published a similar account of phone call, based on the reporting of journalist Dolia Estevez. The report described Trump as humiliating Pena Nieto in a confrontational conversation.

Mexico's foreign relations department denied that account, saying it "is based on absolute falsehoods," and later said the statement also applied to the excerpt provided to AP.

"The assertions that you make about said conversation do not correspond to the reality of it," the statement said. "The tone was constructive and it was agreed by the presidents to continue working and that the teams will continue to meet frequently to construct an agreement that is positive for Mexico and for the United States."

Trump has used the phrase "bad hombres" before. In an October presidential debate, he vowed to get rid the U.S. of "drug lords" and "bad people."

"We have some bad hombres here, and we're going to get them out," he said. The phrase ricocheted on social media with Trump opponents saying he was denigrating immigrants.

Trump's comment was in line with the new administration's bullish stance on foreign policy matters in general, and the president's willingness to break long-standing norms around the globe.

Before his inauguration, Trump spoke to the president of Taiwan, breaking long-standing U.S. policy and irritating China. His temporary ban on refugees and travelers from seven Muslim-majority countries, aimed at reviewing screening procedures to lessen the threat of extremist attacks, has caused consternation around the world.

But nothing has created the level of bickering as the border wall, a centerpiece of his campaign. Mexico has consistently said it would not pay for the wall and opposes it. Before the phone call, Pena Nieto canceled a planned visit to the United States.

The fresh fight with Mexico last week arose over trade as the White House proposed a 20 percent tax on imports from the key U.S. ally to finance the wall after Pena Nieto abruptly scrapped his Jan. 31 trip to Washington.

The U.S. and Mexico conduct some $1.6 billion a day in cross-border trade, and cooperate on everything from migration to anti-drug enforcement to major environmental issues.

Trump tasked his son-in-law and senior adviser, Jared Kushner — a real estate executive with no foreign policy experience — with managing the ongoing dispute, according to an administration official with knowledge of the call.

At a press conference with British Prime Minister Theresa May last week, Trump described his call with Pena Nieto as "friendly."

In a statement, the White House said the two leaders acknowledged their "clear and very public differences" and agreed to work through the immigration disagreement as part of broader discussions on the relationship between their countries.

UPDATE 10:13: An official says the remark was meant to be "lighthearted" and was a reference to cooperation between the countries in fighting drug cartels, according to the Associated Press.