How do you make jokes about the ridiculous stuff Trump said Wednesday? "Late Night" team didn't even try 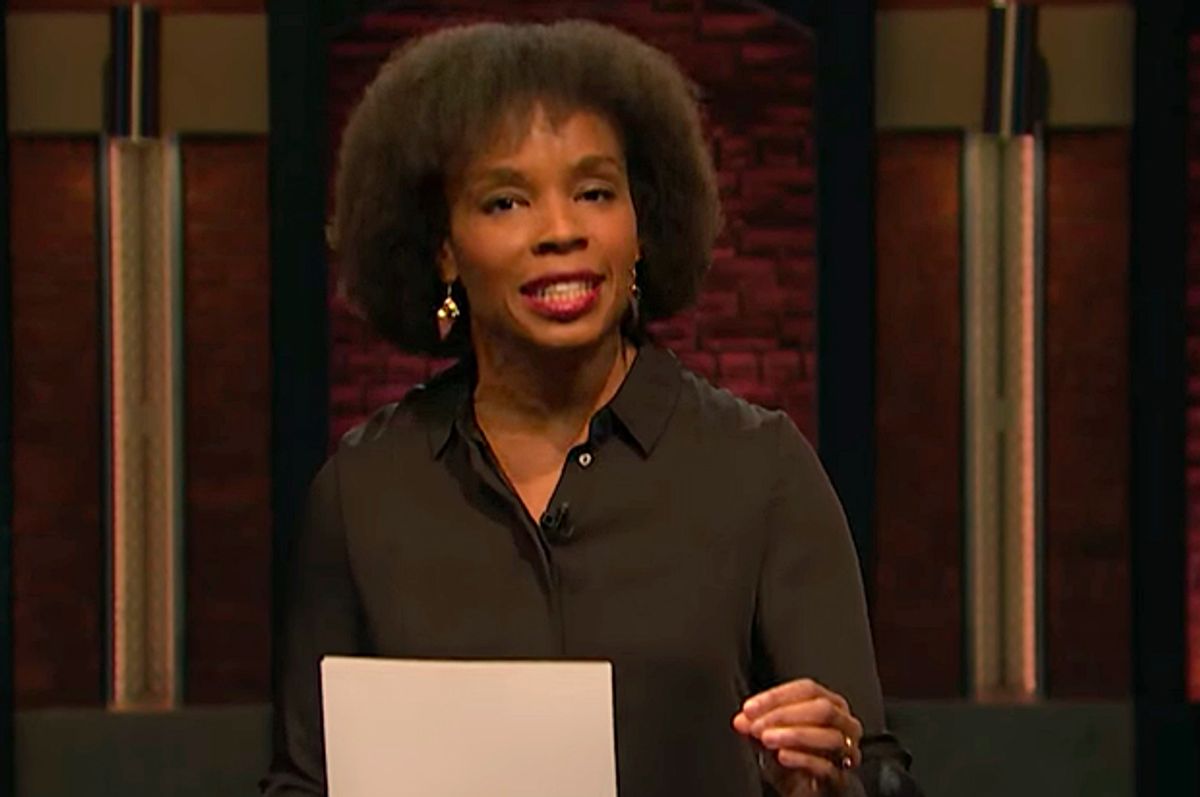 On Wednesday, Donald Trump gave a head-scratching speech to mark the beginning of Black History Month, meandering through an internal monologue that included calling Frederick Douglass "somebody who has done an amazing job."

Here are some things he actually said (transcript from Deadspin):

I am very proud now that we have a museum on the National Mall where people can learn about Rev. King, so many other things. Frederick Douglass is an example of somebody who’s done an amazing job and is being recognized more and more, I noticed. Harriet Tubman, Rosa Parks, and millions more black Americans who made America what it is today. Big impact.

I’m proud to honor this heritage and will be honoring it more and more. The folks at the table in almost all cases have been great friends and supporters. Darrell — I met Darrell when he was defending me on television. And the people that were on the other side of the argument didn’t have a chance, right? And Paris has done an amazing job in a very hostile CNN community. He’s all by himself. You’ll have seven people, and Paris. And I’ll take Paris over the seven. But I don’t watch CNN, so I don’t get to see you as much as I used to. I don’t like watching fake news. But Fox has treated me very nice. Wherever Fox is, thank you.

We’re gonna need better schools and we need them soon. We need more jobs, we need better wages, a lot better wages. We’re gonna work very hard on the inner city. Ben is gonna be doing that, big league. That’s one of the big things that you’re gonna be looking at. We need safer communities and we’re going to do that with law enforcement. We’re gonna make it safe. We’re gonna make it much better than it is right now. Right now it’s terrible, and I saw you talking about it the other night, Paris, on something else that was really — you did a fantastic job the other night on a very unrelated show.

I’m ready to do my part, and I will say this: We’re gonna work together. This is a great group, this is a group that’s been so special to me. You really helped me a lot. If you remember I wasn’t going to do well with the African-American community, and after they heard me speaking and talking about the inner city and lots of other things, we ended up getting — and I won’t go into details — but we ended up getting substantially more than other candidates who had run in the past years. And now we’re gonna take that to new levels. I want to thank my television star over here — Omarosa’s actually a very nice person, nobody knows that. I don’t want to destroy her reputation but she’s a very good person, and she’s been helpful right from the beginning of the campaign, and I appreciate it. I really do. Very special.

What can you do with that? What jokes can one possibly make with that? Well, "Late Night With Seth Meyers" didn't even try to make jokes. The show's writers tried to put all that in its proper context. And in context, it may be the next version of Martin Luther King Jr.'s "I have a dream" speech.