What came before "Daughters of the Dust": A new series focuses on little-known works from black female filmmakers 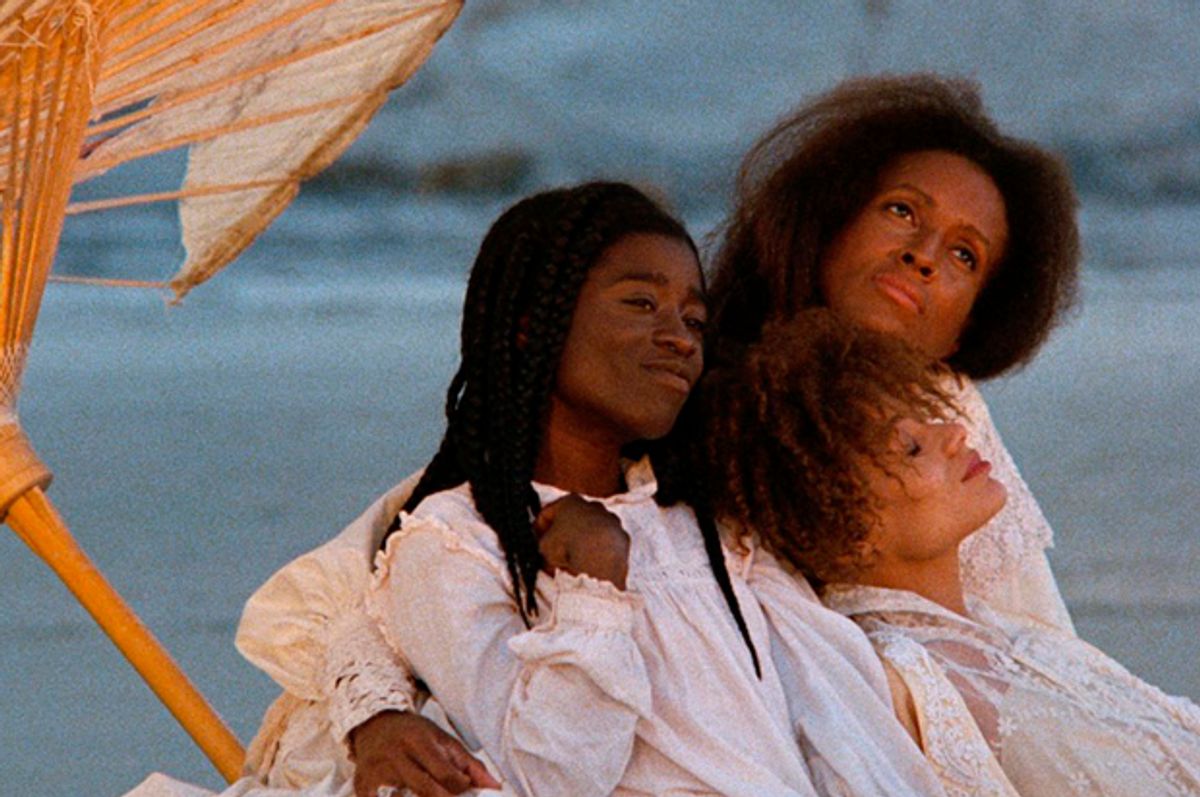 The paradox of groundbreakers — the artists who shatter barriers — is that their work is often at once ahead of their time and long overdue.

Take for instance the work of the writer and filmmaker Julie Dash. In 1991, Dash’s “Daughters of the Dust,” a film about the conflict within a Gullah family surrounding the move north during the Great Migration, became the first film directed by a black woman to garner a theatrical release. Despite the film’s success at the box office during its limited 1992 New York run — the film packed theaters and brought busloads of black women from throughout the tristate region into the city — many critics misunderstood the film and Hollywood rejected Dash.

“One agency told me I had no future,” Dash reflected in an interview last year. “Another company, a mini major, said [‘Daughters’] was a fluke.”

Now 25 years after the film’s release, “Daughters” is experiencing a renaissance. “Selma” director Ava Duvernay has cited the film and Dash as a vital influence. Last year Beyoncé’s “Lemonade” video made subtle allusion to the film when she donned a Victorian white dress similar to the ones worn by the women in the film. Later in the year, “Daughters” was restored and rereleased at New York’s Film Forum. And the film’s restoration and rerelease has inspired a series, “One Way or Another: Black Women’s Cinema, 1970-1991,” appearing at the Brooklyn Academy of Music beginning Feb. 3.

Rather than reflect on the impact that “Daughters” has had on the films made by black women that have come in its wake, “One Way or Another” highlights works that influenced and paved the way for “Daughters.” “We wanted to look at women's work that had come prior to ‘Daughters of the Dust,’ because I think people think this work just comes out of nowhere,” said Michelle Materre, who works as director of media studies and films at the New School and co-programmed the series with Nellie Killian. “What people have attributed as an overnight discovery was in fact a long-term history of extraordinary women working as directors and producers behind the scenes.”

In curating the series, Materre and her colleagues gave priority to the most rarely seen films — many of which would not be possible to screen without modern advances in restoration technology. “We hope to bring attention to the work that precedes ‘Daughters’ because of the need to preserve and restore a lot [more] of it,” she said.

What emerges throughout the series is a daring, thought-provoking and often avant-garde alternative time capsule of the 1970s and 1980s, shown through characters and stories rarely seen on screen. “Daughters” eschews plot for the poetry of the everyday during an inflection point in the lives of a family within a Gullah community. And similarly, many of the films in the series forgo not only the faces typically seen in Hollywood motion pictures but also the storytelling conventions and tropes. A still from "Daughters of the Dust"

Despite the varying approaches to filmmaking on view in “One Way or Another,” several themes recur. “There are a couple of films that focus around representation of women’s images in the media and body image and self-awareness,” Materre said. “Then there are some that look at urban youth. They depict some of the same issues that occur today for our urban youth, such as lack of quality education, lack of access to health care, lack of access to after school and arts programming. And the films highlight the importance of the moving image in impacting body images, particularly for audiences of color and underrepresented communities.”

The series is ostensibly timed to coincide with Black History Month. But it also arrives amid awards season, providing a reminder that though this year’s field of Oscar nominees is more diverse than the fields of the past two years, Hollywood remains sorely lacking in female directors of color — and female directors in general. (No female directors were nominated for directing awards this year.)

Dash’s career is a testament to the influence that representation and access can have on aspiring minority filmmakers. Sheryl Gripper, who runs the Black Women Film Network, a nonprofit organization dedicated to preparing and preserving untold stories, told me that Dash inspired her in her pursuit of filmmaking. “I’d worked at an NBC affiliate for 29 years and she came in to be interviewed about the film and she wrote a little card of encouragement to me, just as a person who was an aspiring filmmaker,” Gripper recalled. “It said, ‘Congratulations, filmmaker.’ I just couldn't believe it. I'm like, ‘Julie Dash is calling me a filmmaker!’” A still from "Daughters of the Dust"

Gripper, Dash and Materre have each said they are encouraged by the opportunities that Duvernay, technology and growing consciousness are creating. But none of them has illusions that the battle has been won. “It's ongoing,” Materre said, referring to the process of opening more opportunities for women filmmakers of color. “It's not an overnight thing. This is who we are, this is where our talent comes from. And there’s need for it, given where we are, socially in this country, particularly as of January 20th.”

While a more inclusive cinematic future will take time, patience, and relentless work, “One Way or Another” brings a more inclusive past to the present instantaneously. And that, too, is a feat worth heralding.