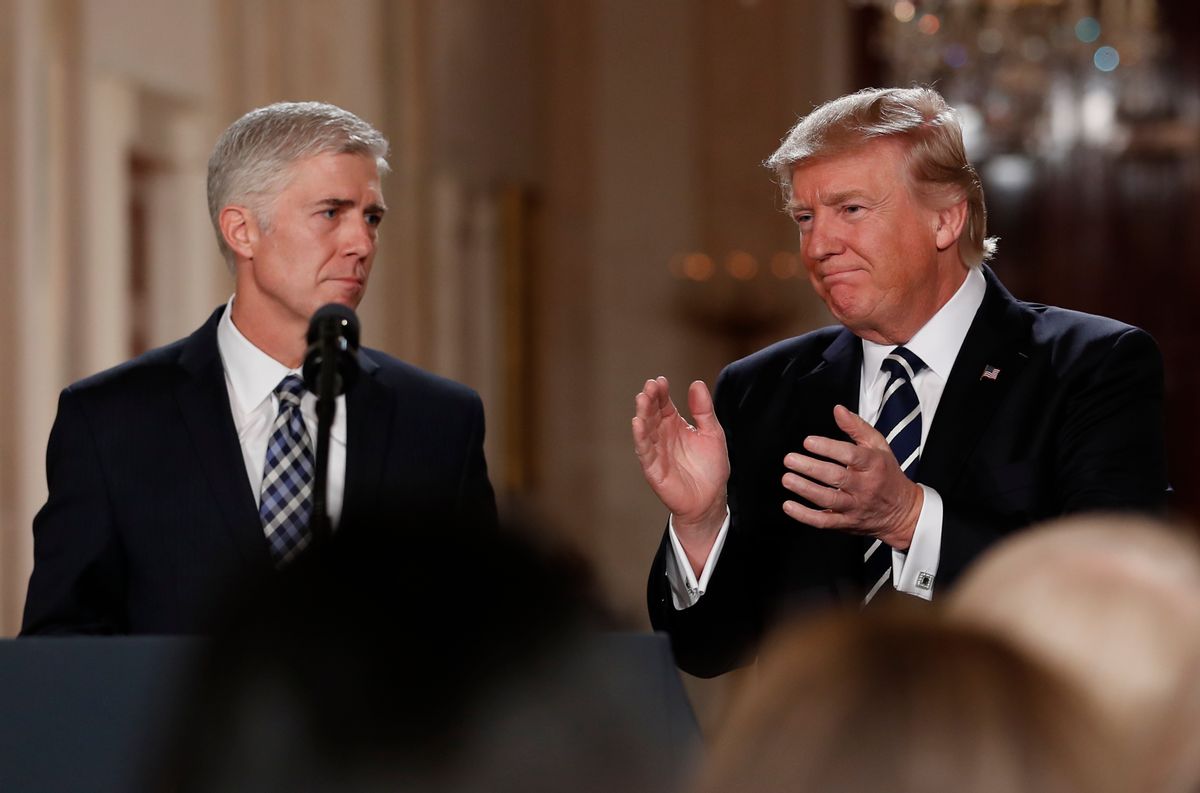 When he took the oath of office, President Donald Trump became the first chief executive to inherit the opportunity to nominate a Supreme Court justice since Richard Nixon.

On Tuesday, Trump announced that Judge Neil Gorsuch of the Tenth Circuit is his choice to fill this seat. He presented this nomination as a promise kept to his supporters, and Republican leaders in the Senate vow that Gorsuch will be confirmed.

However, the nomination and confirmation process is neither unconstrained nor inconsequential. Trump will face objections to Gorsuch from opposition politicians and organized interest groups. That being said, presidents can influence how much hostility they will face and the political costs related to the confirmation process.

Social science research helps us understand the selection of Supreme Court nominees and the consequences of these choices. A wealth of research, including our recent article in Political Research Quarterly, explains the strategic and political reasons that Gorsuch was selected and what is likely to follow as Trump promotes his confirmation. Looking at the history of Supreme Court nominees since 1967, we found a contentious nominee can come at a significant cost to the rest of the president’s agenda.

Choosing a Supreme Court justice is important for a president’s influence and legacy. Justices tend to reflect the ideologies of the presidents who select them. Since the 1950s, vacancies have occurred every 2.5 years on average, and the mean tenure of a justice is nearly 20 years. Half the current justices were confirmed prior to 1995. This suggests the continuing influence of Ronald Reagan, George H.W. Bush and Bill Clinton long after leaving the White House.

The current open seat, vacant due to the death of Justice Antonin Scalia last February, remains available after Republican senators refused to initiate the Supreme Court confirmation process for Judge Merrick Garland of the D.C. Circuit. This maneuver preserved an open seat to be filled by the winner of the 2016 presidential election, with GOP leaders in the Senate arguing that the American people should decide the direction of the Supreme Court.

It is hardly mysterious why Republicans stonewalled Garland. His confirmation would have shifted the Supreme Court’s median to the left and installed a Democratic majority for the first time since 1969. If Bernie Sanders or Hillary Clinton had won the presidential election, obstruction would have delayed the new Democratic majority. If a Republican won the White House, he could reestablish the Supreme Court’s previous status quo. Gorsuch, only 49 years old, could serve for decades after Trump leaves office. He will not even be eligible for retirement from the judiciary until 2032.

Judicial selection takes place within an institutional context defined by the Article II “advice and consent” powers of the Senate. Potential justices are nominated by the president and confirmed by the Senate. Under current Senate rules established in 1975, senators can prolong the consideration of Gorsuch indefinitely unless three-fifths of the Senate invokes cloture to end the debate. In the Senate, a cloture motion allows senators to limit an ongoing debate to 30 additional hours rather than open-ended discussion. Although the 60-vote threshold no longer applies to lower court nominees after Democratic senators set it aside in 2013, it still affects Supreme Court nominees.

Political scientists have found evidence that presidents behave strategically in the confirmation process, selecting nominees who are likely to clear the 60-vote hurdle. Trump has suggested eliminating the filibuster for Supreme Court nominees, but this dramatic change is not certain to occur. Though some nominees are not confirmed for a variety of political and ethical reasons, presidents usually succeed in the confirmation process.

Even though Supreme Court nominees are usually confirmed, not all confirmation processes have equivalent political costs. Presidents more actively promote the confirmation of nominees who are politically out of step with the pivotal 60th senator or generate active resistance from interest groups. This results in the expenditure of the president’s valuable political capital: time and effort spent on the Supreme Court nomination instead of other priorities. This is especially meaningful for presidents who have a substantial policy agenda or limited public support.

Notably, these conditions apply to Trump. He has a basket of campaign promises to keep, with popular support near 40 percent since taking office. If Gorsuch lacks the support of a supermajority in the Senate – that is, the 60 votes needed to overcome a filibuster – or is anathema to numerous opposition interest groups, it is likely that Trump will spend substantial political capital to support his confirmation.

What a contentious nominee costs

Our principal finding is that promoting contentious Supreme Court nominees comes with a cost. Policy initiatives are delayed (or never achieved), and the pace of confirming lower court nominees is reduced. The results from our study indicate that a single sentence promoting a Supreme Court nominee reduces the odds of an important proposal passing by 8 percent in a given month. If a dozen sentences are spoken to promote a nominee, the odds of Senate passage for major agenda items fall by 65 percent in the relevant month.

As an illustration of our results, suppose that we considered the probability that the Senate passed a specific policy proposal by Trump in a given month, such as a 20 percent tariff on imports from Mexico. As can be seen, with a controversial nominee like Neil Gorsuch, who is likely to provoke a fight in the Senate, the probabilities of a bill passage throughout 2017 are relatively low (see the red dotted line). With a less controversial nominee, Trump could have seen substantially higher probabilities of the Senate’s voting for a tariff over the whole year (see the black solid line). Provided by authors, CC BY

Choosing a nominee widely opposed by interest groups and Senate Democrats will have a negative impact on the success of Trump’s other priorities. This is meaningful given that Gorsuch enters the confirmation process concurrent with the legislative activity typical of a president’s first 100 days. As a result, the effect of the confirmation process on Trump’s remaining agenda items could be quite powerful. However, Trump may accept that these transaction costs are worth the confirmation of an originalist like Gorsuch to the Supreme Court.

While Trump ponders the short-term and long-term effects of his Supreme Court nominee, he should consider his other policy priorities. Recent confirmation processes usually take two to three months, during which the Senate’s progress on major legislation tends to diminish.

If Trump joins a confirmation fight by promoting Gorsuch, the redirection of his efforts may hinder the push for a health care program, import taxes, funding for a border wall or immigration reform. The first 100 to 150 days of a term are when the president is best equipped to achieve policy changes. A prolonged confirmation battle over a contentious candidate could hinder Trump’s ability to take full advantage of that honeymoon period. Which battle is more important: for the Supreme Court’s ideology or for health or immigration policy?