Democrats find their collective spine: Now it's time to push back against years of GOP obstructionism 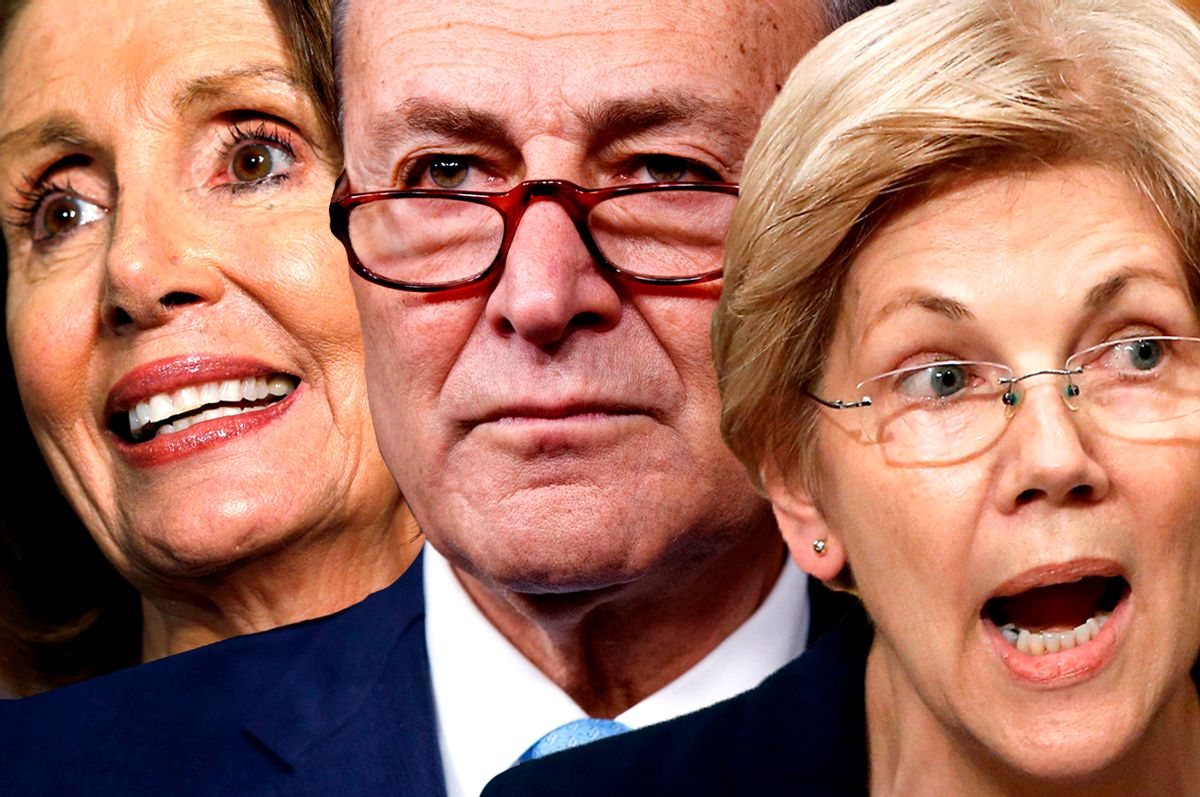 It was likely a combination of those things, but the results are clear: Senate Democrats have already gone to unprecedented lengths to stymie Trump's ability to form a Cabinet of unqualified cronies and kleptocrats, boycotting committee votes and making public commitments to vote against numerous Trump nominees. Initial missteps, such as Sen. Elizabeth Warren giving her committee vote to support Ben Carson as secretary of Housing and Urban Development, are giving way to a fully fleshed-out obstructionist agenda.

Gloriously, many Democrats have already committed to doing what they can to stop Trump from putting Judge Neil Gorsuch, a frightening reactionary, on the Supreme Court.

To be clear, Trump's probably going to get all his picks anyway. As Brian Beutler of the New Republic has argued, liberals need to understand down to the tips of their toes that Democrats have no real power to stop any of this. Even the most steadfast of obstructionist strategies will likely only slow things down a little. Blaming the Democrats for not stopping the unstoppable is not fair and not reality based, and liberals need to wrap their minds around that.

With that caveat in mind, there's plenty of reason to be celebrating the Democrats' sudden demonstration of backbone. It's energizing the base, angering Republicans and sowing chaos in their ranks and reminding President Trump, every single day, that a majority of voters opposed him and that he can claim no mandate.

Above all other things, it demonstrates, especially to the voters, that the Democrats have finally started to realize that trying to get the Republicans to act like decent, grown-up colleagues is an impossible task.

For years, Democrats have tried to encourage congressional Republicans to play fair by modeling good behavior, hoping that by adhering to the rules and customs of the legislative body, they could shame Republicans into doing better. The reward for Democrats was multiple blackmail episodes — Republicans threatened to default on the national debt or shut down the government — amounting to unparalleled obstructionism and vicious backbiting.

It all culminated, famously, in Senate Majority Leader Mitch McConnell's refusal, for nearly a year, to hold hearings for Barack Obama's Supreme Court nominee, Judge Merrick Garland. Now the Republicans are acting as if a presidential nomination for that vacant court seat never had taken place, and Trump is simply free to nominate whomever he wants.

Republicans are, of course, crying crocodile tears and whining publicly about the Democrats using tactics of obstruction and delay because they are a den of bad-faith operators with absolutely no sense of shame. And no doubt that old urge toward caution will sometimes seep back into Democratic thinking — the ingrained worry that defying the rules might set some precedent that Republicans will take advantage of later.

But that thinking is precisely backward. The reality is that the precedent has been set. By refusing to hold a vote on Garland's nomination, Republicans have already declared that the traditional rules of procedure — and in effect, the entire constitutional order — has no more validity. Democrats should remind them of this every time they dare to complain about obstructionism in the era of Trump.

The fact of the matter is not one of Trump's Cabinet members is qualified for his or her supposed role. Worse, Trump's Supreme Court pick, Gorsuch, is completely illegitimate. There has already been a presidential nominee for that seat, and his name is Judge Merrick Garland. Democrats should simply say so every single time they come within spitting distance of a social-media account, TV camera or journalist holding an iPhone.

In the parlance of the children's playground where Republicans apparently learned their political skills: They started it. Democrats need to be unafraid to say so, every single chance they get.

Trying to save democracy by modeling good behavior is a failed experiment. It's time for pitched battle.