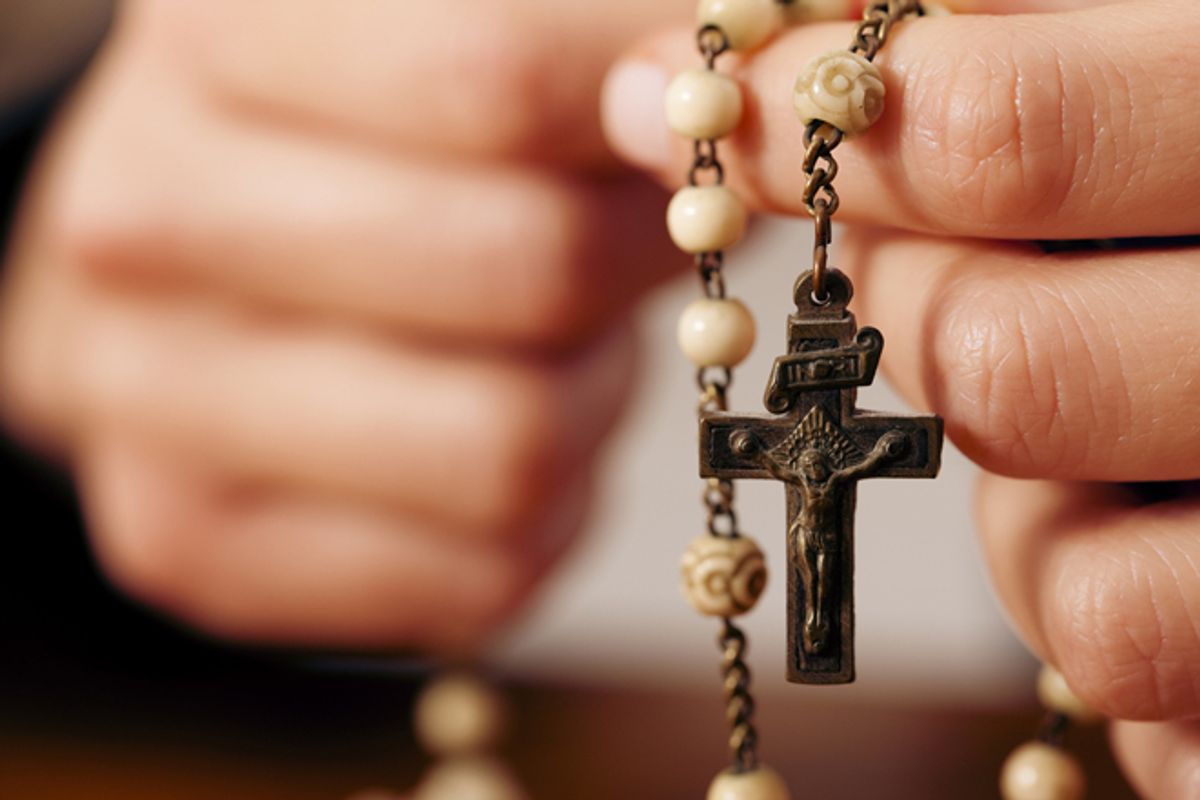 The White House plans to take the fight that Vice President Mike Pence had over religious freedom while governor of Indiana to a national level, seeking to expand legal protections and tax-exempt status for religious groups who discriminate.

At Thursday's National Prayer Breakfast, Trump vowed that his administration “will do everything possible to defend and protect religious liberty in our land.”

"Freedom of religion is a sacred right, but it is also a right under threat all around us,” Trump told the gathered religious leaders.

White House spokesman Sean Spicer later confirmed that the thrice-married president is considering a plan that, according to the leaked copy, requires the Department of Justice to establish a new section or working group dedicated to protecting “religious freedom.”

Specifically, the plan protects the tax-exempt status of any organization that “believes, speaks, or acts (or declines to act) in accordance with the belief that marriage is or should be recognized as the union of one man and one woman, sexual relations are properly reserved for such a marriage, male and female and their equivalents refer to an individual’s immutable biological sex as objectively determined by anatomy, physiology, or genetics at or before birth, and that human life begins at conception and merits protection at all stages of life."

The plan also bars the Department of Health and Human Services from taking any adverse action against federally funded child welfare organizations -- including those offering adoption, foster or family support services -- that deny services “due to a conflict with the organization’s religious beliefs.”

Denial of service based on religion extends to “any act or refusal to act that is motivated by a sincerely held religious belief, whether or not the act is required or compelled by, or central to, a system of religious belief.” According to draft language, “Americans and their religious organizations will not be coerced by the Federal Government into participating in activities that violate their conscience.” The proposed order preemptively protects some religious views in situations where these claims clash with LGBTQ and reproductive rights.

Such a sweeping order that defines religious beliefs so broadly likely means that any group could be denied services on those grounds.

“It is problematic because everyone could effectively pick the law that applied to them,” Valparaiso University School of Law professor David Herzig told the Washington Post Thursday. Under the White House’s draft proposal, a federal employee who did not want to issue, for example, Social Security death benefits for a same-sex surviving spouse for religious beliefs would not be punished, he explained.

Although Spicer said the president has no immediate plans to issue an order, news of Trump's plans was met with swift push-back from activist readied by similar fights in states across the nations -- including against then-governor of Indiana Mike Pence.

“It reads like a wishlist from some of the most radical anti-equality activists,” Human Rights Campaign President Chad Griffin said in a statement.

“It’s very sweeping,” Ira Lupu, a professor emeritus at the George Washington University Law School and an expert on the Constitution’s religion clauses and on the 1993 Religious Freedom Restoration Act (RFRA), recently told The Nation. “It raises a big question about whether the Constitution or the RFRA authorizes the president to grant religious freedom in such a broad way.”

A 2016 study found that after Pence tried to expand the so-called religious freedom law in Indiana lost at least $60 million in revenue, with 12 out-of-state groups saying the RFRA law convinced them to move their business elsewhere.