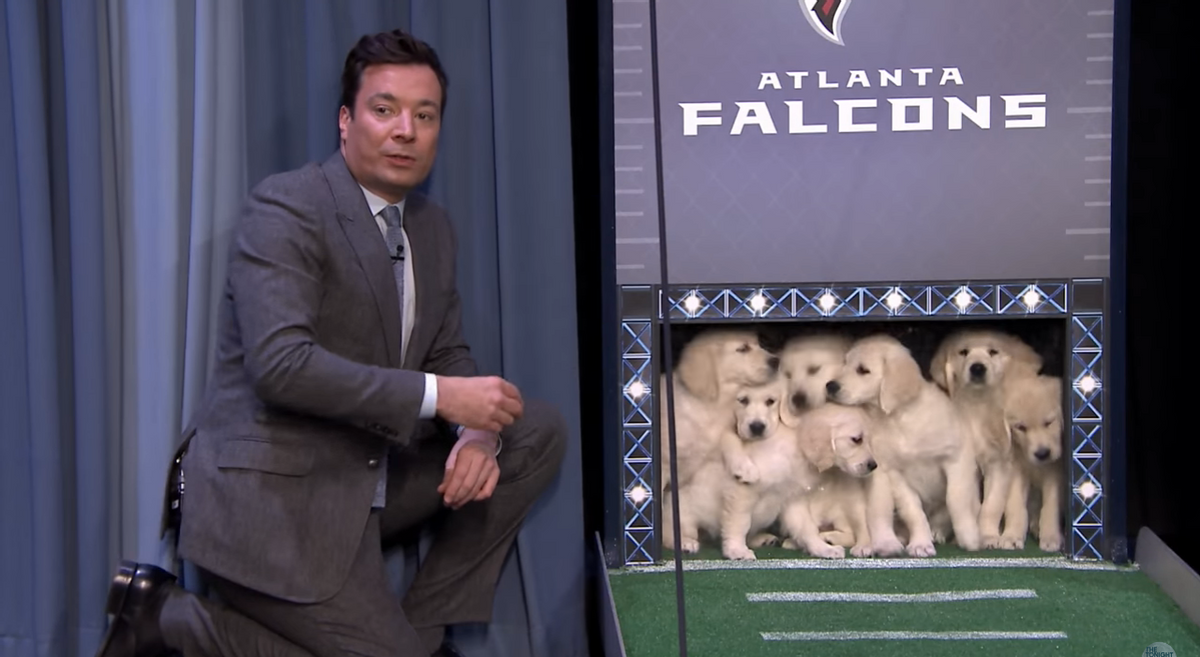 One of America's most popular pastimes is having cute, baby animals pick the winners of upcoming sporting events. Over the years, Jimmy Fallon has had a panel of labrador puppies that has proven to be remarkably accurate in their predictions.

The "Tonight Show" host introduced this year's puppy participants to his audience Thursday night. They had grid-iron-sounding names, such as Ron Bell, Kyle McAdams, Ted Mooney and Roger Blain.

The rules are fairly simple. On one end, a cute horde of puppies. On the other end, two food bowls are laid out, one with a New England Patriots label, the other an Atlanta Falcons label. Whichever food bowl gets devoured first will ensure victory for the represented team. Fallon did set some draconian rules, though, like no peeing and no wandering. But the puppies seemed to be focused on those food bowls, so no there were zero penalties in the contest.

Last year, Fallon's puppies predicted that the Denver Broncos would defeat the Carolina Panthers. Of course, the puppies nailed it, as the Broncos beat the Panthers 24-10.

This year's Super Bowl pits the Patriots against the Falcons. Las Vegas favors the Patriots to win the game by 3 points. The puppies must have some inside information that the line setters are not purview to. Thursday night, the puppies devoured the bowl belonging to the Falcons, which bodes well for everyone in Atlanta.

An Atlanta Falcons victory could not have come at a better time. President Donald Trump recently informed everyone that Atlanta was "falling apart."