Will the U.S. realize Trump's vision of fear and bigotry? Or is our land one of courage, openness and inclusion? 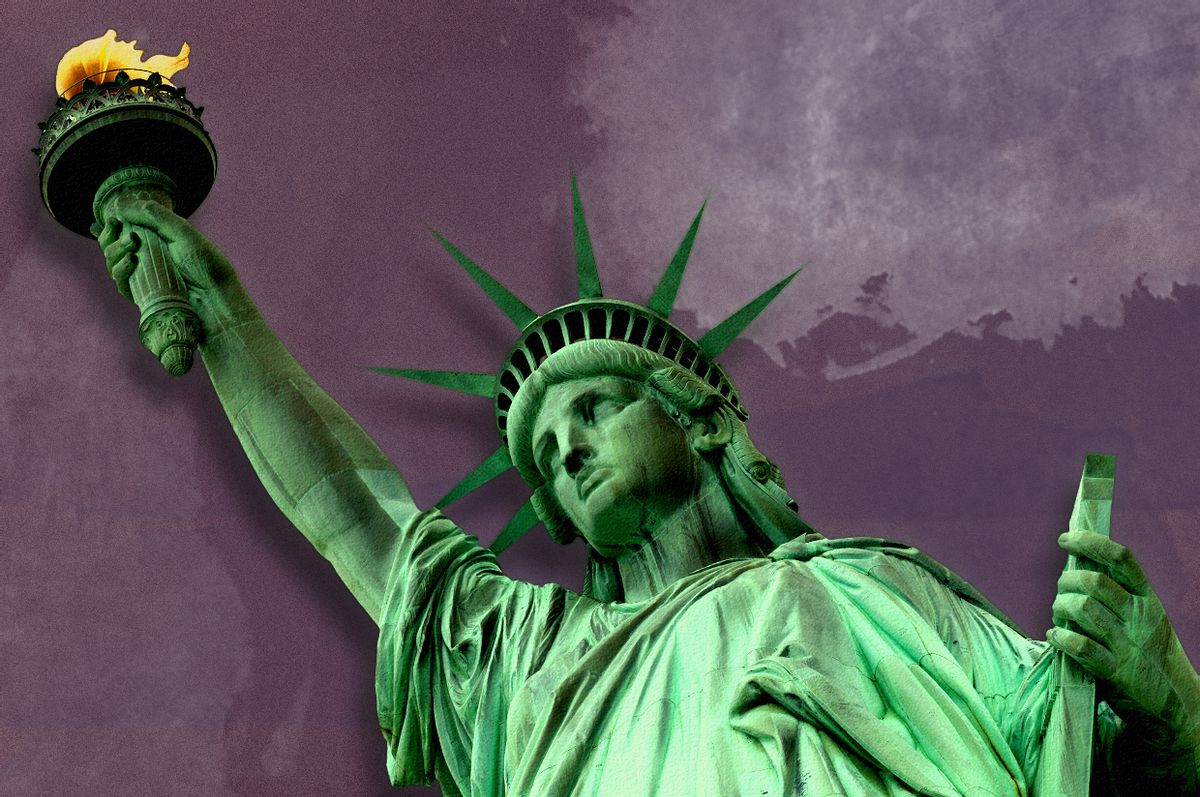 Are we the great America of courage, spunk, openness, inclusion, opportunity and democratic promise — as expressed in the Declaration of Independence, the preamble to the Constitution, Lincoln's Gettysburg Address, Roosevelt's Four Freedoms and Emma Lazarus' sonnet engraved on the Statue of Liberty?

Or are we the sad America of fear, cowardice, bigotry, xenophobia, intolerance and autocracy — negative traits emanating from the darkness of Donald Trump's miserable dystopian view of our society, which has now resulted in his unilaterally imposing a contemptible and chaotic ban on immigrants' traveling from seven Muslim nations.

The Donald and his thuggish regime of demagogic nativists from the far-right fringe are hoping that we're the timorous America. They shout that the people voted for the fair-haired strongman, and now they expect him to save them from bloodthirsty terrorists sneaking into America from Muslim nations. But wait: First of all, the majority of us did not vote for him. So spare us the lie that you have a "mandate" to discriminate.

Second, if your aim really was to save us from Islamic terrorists, you missed by miles. Exactly zero Americans have been killed in terrorists' attacks here by any immigrants from these seven countries. So why them, and not Saudi Arabia, Egypt, Pakistan and Afghanistan — Muslim nations with citizens who have attacked Americans? And by the way, isn't it curious that Trump's ban doesn't include Muslim countries where he has major corporate investments?

This disgraceful, self-aggrandizing political play is just one more Trump fraud. But the good news is that the American people are rallying in mass opposition to his autocratic arrogance, revealing that his America is not our America — and vice versa.

Not only is Trump going after innocent refugees with his unconstitutional Muslim ban; our bellicose commander-in-chief is at war in the homeland, deploying his troops to attack everything from our public schools to the Environmental Protection Agency, dropping executive-order bombs on Muslim communities and the Mexican border, and spewing poisonous tweets of bigotry and right-wing bile at the media, scientists, inner cities, "illegal voters," Meryl Streep, diplomats, Democrats, people who use real facts. And, well, Trump is at war with the American majority, with all who do not agree with him and with America's historic democratic ideals.

And you thought Nixon had a long enemies list!

Yet, Trump's most destructive and damnable assault so far has not targeted any one group of people, but an essential and existential concept: truth. Bluntly put, this president is psychotic, believing that "truth" is whatever he says it is, and that he can change it tomorrow. Years ago, the author of a popular futuristic novel warned about the rise of a tyrannical regime that ruled by indoctrinating the masses to accept such a perverse notion of truth. It was George Orwell's "1984," which depicted a dystopia he named Oceana. There, the public had been imbued with a groupthink belief that reality is not "something objective, external, existing in its own right." Rather, "whatever the Party holds to be truth is truth."

Now, here we are today in Trumplandia, with a delusional leader of a plutocratic party trying to redefine reality with "alternative facts," fake news and a blitzkrieg of Orwellian "Newspeak."

But resistance to Trumpism is already surging, including the fact that Orwell's 70-year-old book became a best-seller in January, thanks to Trump resisters seeking, you know, truth!