Garbage Food: Climate change may be a political hot button, but a big driver of it — food waste — is a bipartisan target

Finally, an environmental initiative everyone agrees on — big business and tech startups, science and churches 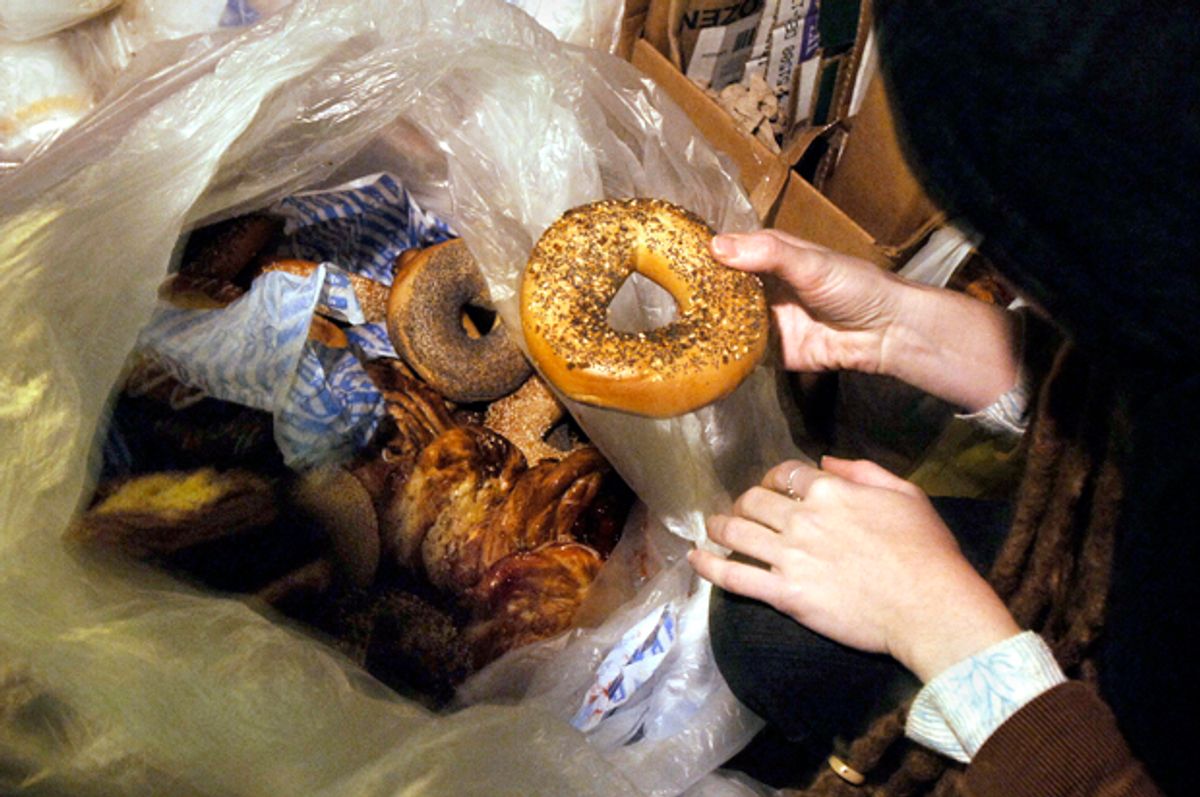 If your mother ever told you to eat your Brussels sprouts because there are starving children in Ethiopia/Rwanda/the Congo, you likely feel pangs of guilt when tossing out food. But throwing out leftovers isn’t just a shame, it’s putting the planet in peril. Now, experts say, leveraging the issue may be a key strategy for combating climate change.

According to a landmark report from the Natural Resources Defense Council, 40 percent of food in the U.S. is wasted, making us the world’s leader in edible trash. And that number has increased by 50 percent since the 1970s. Some losses, due to weather events or pests, are unavoidable. Other waste occurs during production if, for instance, food never gets harvested because of labor shortages due to changing immigration laws. Oftentimes, produce is rejected because it’s just not pretty enough. According to the NRDC report: “A large tomato-packing house reported that in mid-season it can fill a dump truck with 22,000 pounds of discarded tomatoes every 40 minutes.” It’s not that they’re rotten; it’s that they’re ugly.

Once food makes it to market, the cull continues thanks to discriminating shoppers who judge zucchini by its Instagram potential. In the end, the amount of produce rejected in America is close to half of everything grown. Even the stuff that makes it home is likely to meet an untimely fate at the first sight of a blemish. Because Americans spend a relatively small amount of money on food (hat tip to the rise of agribusiness under President Richard Nixon), we’re less tolerant of its imperfections.

The problems caused by this waste are multifaceted. Even though there’s enough to go around, 42.2 million Americans experienced food insecurity in 2015. In other words, your mother didn’t have to reach across an ocean when guilting you into dinner. If we cut this waste by just 15 percent, 25 million more Americans would have reliable access to food every year. Adding insult to injury — or, rather, hunger — the economic cost of lost or wasted food is about $750 billion globally per year, or $1,500 annually for a family of four in America. Because even wasted food factors into the supply/demand ratio, it causes price hikes that disproportionately affect the world’s most vulnerable people.

Behind the humanitarian crisis is an environmental one. About one-third of the world’s agricultural land area is used to grow wasted food, meaning we’ve sacrificed the biodiversity of some formerly wild areas — and suffered through the increased flooding that comes with deforestation — for nothing. We’re also wasting the resources it takes to grow this food in vain — producing just one pound of beef requires 2,500 gallons of water. Considering that international conflicts prompted by freshwater scarcity are expected to increase in coming years, food waste has become a matter of global security.

Once the discarded food hits a landfill, things only get worse. Unlike with a compost pile, there’s no oxygen in a landfill, which means when food decomposes there it produces a greater amount of dangerous gases, like ammonia and hydrogen sulfide, which then migrate through soil and into buildings, creating health problems for people who live or work in them. Primarily, landfills release methane — a major driver of climate change — into the atmosphere. How bad is it? If wasted food were its own country, it would be the world’s third-largest emitter of greenhouse gases, falling behind only China and the U.S.

So food waste is a formidable problem for everyone. How do we solve it?

In September of 2015, the Obama administration announced the nation’s first food waste reduction goal, calling for a 50 percent reduction by 2030 and prompting thousands of restaurants, farms and other organizations to commit to better practices. Since environmental concerns don't appear to be a priority for President Donald Trump's administration at this time, there’s worry the groundswell of interest in this issue might taper off. But that may not be the case.

To begin with, a lot of the traction the food waste topic has received in recent years has not been spurred by the federal government, but by business interests. The corporate food industry is on board, as are enterprising startups. Consider a slew of new innovations aimed at reducing waste: apps that make food surpluses easier to donate to charity or share with neighbors, smart fridges that remind you what’s inside before you overbuy and gelatin labels that deteriorate at the same rate as a specific food item, so you’re not beholden to inaccurate expiration dates.

Meanwhile, organizations across the globe are effecting change at the community, state and national levels via research and advocacy, large-scale composting efforts, even food rescue missions where rejected produce is retrieved from farms or intercepted en route to landfills. Many groups pursuing the latter don’t have an environmental bent, but a religious one.

“This is not a partisan issue,” Dana Gunders, PhD, a senior scientist for NRDC, told Salon. “It’s easy to talk about food waste — everyone gets it. There’s no science to debate. People of all principles and backgrounds can agree that wasting food is not a good thing. And because of the great impact it has on our resources, it could be a great avenue for making progress on some of these climate change issues without addressing them directly. In my most idealistic mode, I feel like this is something that could cross party lines and divisions, and that’s something that’s really needed right now.”

Indeed, a 2015 survey of 500 randomly selected Americans indicated that 77 percent of respondents feel guilt over wasted food. Which means the Trump administration should think twice before directing fiscal firepower away from food waste reduction targets.

In the meantime, the best thing individuals can do is to be more mindful of what gets tossed in our homes. And maybe buy some ugly carrots.