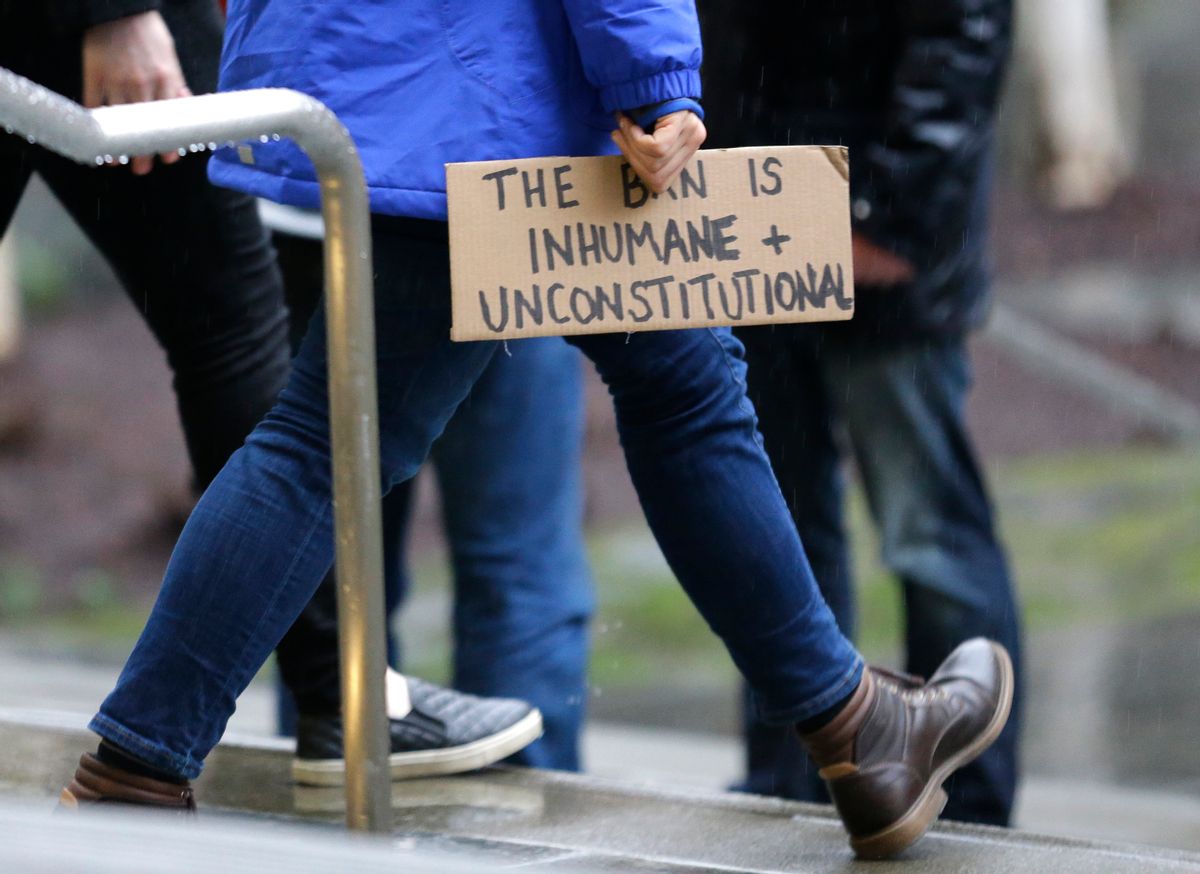 A person walks away from the federal courthouse in Seattle (AP)
--

After another week of protests against President Donald Trump's executive order banning Muslims from seven countries from entering the U.S. for 90 days, and a Seattle judge's Friday night ruling against to halt the ban, Homeland Security today suspended the controversial executive order. President Trump on Saturday morning continued to rail against Federal Judge James Robart's order. Robart wrote in a ruling that the order "adversely affects residents in areas of education, employment, education and freedom to travel." Trump called Robart's ruling "outrageous". Robart is the third judge to legally halt the ban since it was enacted. The executive order also blocked refugee entry for 120 days, and anyone traveling from Syria indefinitely.

The Department of Homeland Security today said it will resume the standard inspection of travelers as before, according to CNN. Further, Homeland Security has "reversed the cancellation of visas that were provisionally revoked following the President's executive order last week -- so long as those visas were not stamped or marked as canceled." To the point, the State Department noted that there were less than 60,000 visas in question, however, the status of canceled visas versus those still in effect is unknown at the time of this writing.

Many media sources have criticized the Trump administration, and the president in particular, for stirring up unnecessary domestic hostility amidst legal immigrants who have been negatively effected by the travel ban. The fracas created by one of Trump's initial actions as President has revealed the current administration to be disorganized in its execution of policy; further evidence of this came Friday night, when the White House announced the Justice Department would file an emergency motion to stop the halt. As of noon Saturday, no motion has been filed.