Has any of this gone the way Trump's eldest daughter imagined it would? We imagine her reaction to the week's news 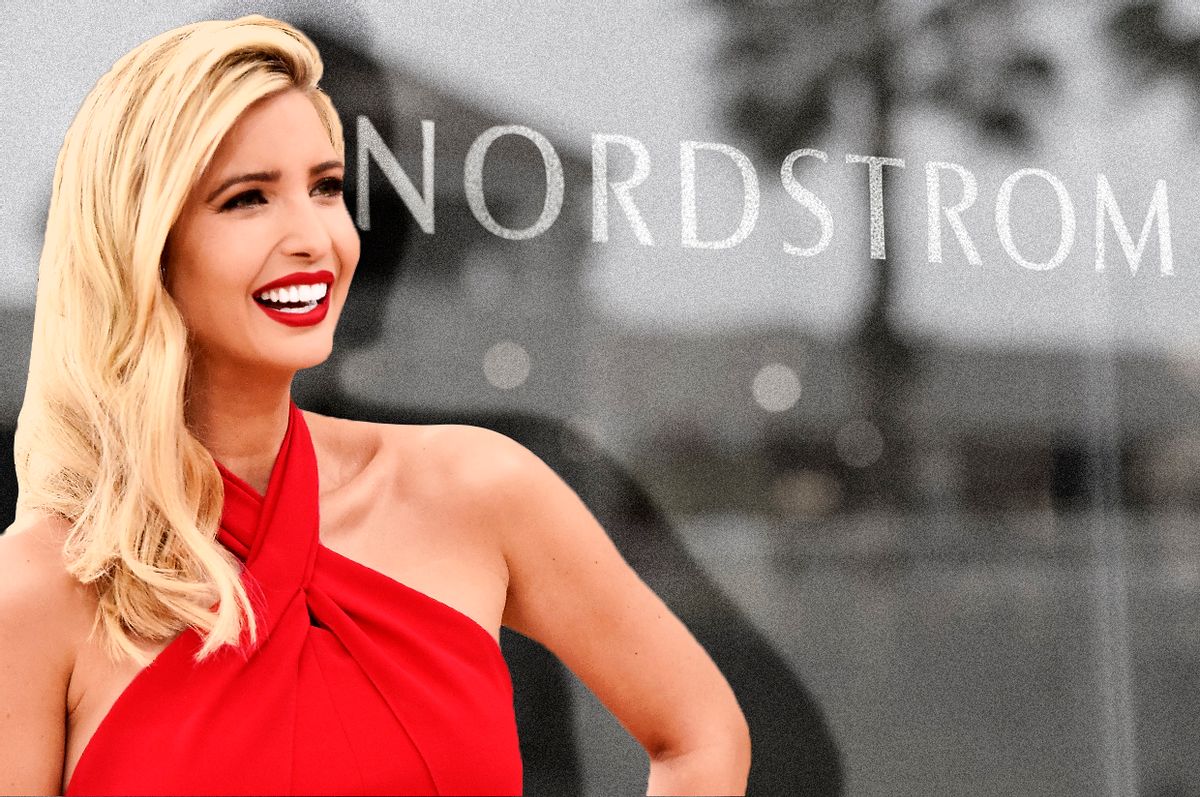 On the floor of a walk-in closet in the master suite of a $5.5 million Kalorama colonial sits Ivanka Trump: cashmere, silk and affordable polyester/spandex crepe brushing the immaculately highlighted crown of her head, an open volume of Sylvia Plath’s “Collected Poems” in her lap.

Somewhere in the house, a kid asks a nanny where mama is — she can hear them through the ductwork — and she holds her breath until she is certain she won’t be found. This is her time; it’s just like the office, she has told the staff and the children. I am working on policy, she has explained. When she writes a children’s book — she will, and it will be appropriately whimsical, an instant classic — they can tag along. All these years later and Ivanka has finally grokked the fifth-form passion she was supposed to feel for Plath’s clipped elocution and intimate flair for the personal apocalypse, and she doesn’t want any distractions.

“You do not do, you do not do/ Anymore, black shoe,” Ivanka whispers in a perfect Transatlantic mimic, imagining herself in smart, high-waisted trousers cycling through a quad, hamming up the sensual delight of plummy ohs and oos for only the curtains of constructed linen sheaths to witness. “. . . . no less a devil for that, no not/ Any less the black man who// Bit my pretty red heart in two.”

There is no room in her reverie for Miss Teen USA dressing rooms, for the halfhearted Cleveland crowd to which she delivered a vision of her father, “marble-heavy,” that would work, goddamn it, if anyone had bothered to listen to her. Who knew he might not really want it, might even try to throw all of her hard work away?

She has always found it advantageous to take him at face value, to treat his bluster seriously, especially when others did not. This is one way a daughter becomes as good as a son: by looking at him like he is not so unlike a god, or at least a container for one. Lately, she has begun to wonder about the wisdom of this approach. Ivanka doesn’t have to “think I well may be a Jew” — and he doesn’t seem to understand she’s not living inside a metaphor.

In her darkest moments, she rages. What does he have to do with her? Only everything, she has to admit. How do we face those who lost everything, after denying their unspeakable and dehumanizing loss? Ivanka asks her dresses, her eyes lighting on the accusatory rows of shoes that belong to only her. Will any of my friends even speak to me when this is over? She has dispatched damage control, but knows it is too flimsy, too behind the news cycle. There is no pale imitation of decency that will pass muster in times like this. What frustrates her is how low the bar is these days, and yet how elusive it remains to her, his best student, the more she tries. Eric and Don, those jerks, are swanning off to Uruguay and who knows where else on the federal dime. Meanwhile, the newspapers wonder aloud when her husband is going to finally step in and save the country. No, she wants to tell them. He's the Tom Hagen, and I'm the Michael of this family. I'm the Michael.

Yes, she has her unofficial assignment. She knows she has memos to craft from dinner party conversations about how corporations might help corporate women sidestep the Mommy Track, but has any work felt so marginal, especially now that the big arguments are over the very existence of an objective reality? Even two months ago, she would have faced this challenge like a warrior in a tasteful print. Now, her own classmates can’t even be bothered to write her an open letter expressing their disappointment in her. In the blink of an eye, she has found herself both obsolete and scorned.

Her father will let his goons work around her, just as she has worked around him since she was aware such a thing was even possible. Blood might dictate inheritance, but loyalty from the brute brute heart of a brute like him is earned minute by minute, and she can’t be everywhere at once, especially when they no longer share an office tower.

What happened this week was not part of the deal. She agreed to move to this unfashionable city to entertain the people her father does not find interesting enough to watch Fox News with, and this is her thanks: Nordstrom dropping her line like she’s a disgraced starlet photographed in no underpants, a Disney Channel darling caught shoplifting half of Bloomingdale’s, no thanks to her husband who is supposed to be the good influence and her proxy in the Oval but has so far put his fingerprints on nothing triumphant at all.

If she had to kill one man before, now she’ll have to kill two.

Her own mother says nothing, but the way she stabs her salad when Ivanka unburdens herself? Well, it speaks volumes. “The villagers never liked you / They are dancing and stamping on you.”

She was supposed to be the new administration’s Michelle Obama: beloved of Carpool Karaoke-meisters and aspirational Instagrammers, wunderkind lady-mother-professional who would now have the ear of the president of the United States. Who could deny her and Jared anything they desired? She assumed they would set her father's agenda — hasn’t she done so for years? — and America would simply follow. The people must be given some personal height to which they can aspire — she saw this on Netflix — and God knows Melania doesn’t want to be it. Things haven't exactly worked out that way, though, and now Neiman Marcus is pulling out, too.

Now that Michelle lives down the street, Ivanka imagines sending a loaf of banana bread to her house, a neighborly way of saying, “Hello, do you want to do aerial yoga together, and maybe take a selfie?” but thinks better of it. Where do you order banana bread from in this city where Jezebel won’t get tipped off? Thirsty, they'll call her. Better to leave well enough alone.

She flips back in the book to the poem she has always loved, the one not about her father but about that which grows quietly in the discarded loam underfoot. “We/ Diet on water,/ On crumbs of shadow,/ Bland-mannered, asking// Little or nothing.” Ivanka sighs with deep recognition into her wide-legged wool trousers. My foot's only in the door, she whispers to the wainscoting. I can pull it back whenever I want.