Opiate for the Masses: Oh, "Snapped"! Oxygen joins Investigation Discovery as a purveyor of true crime, all the time 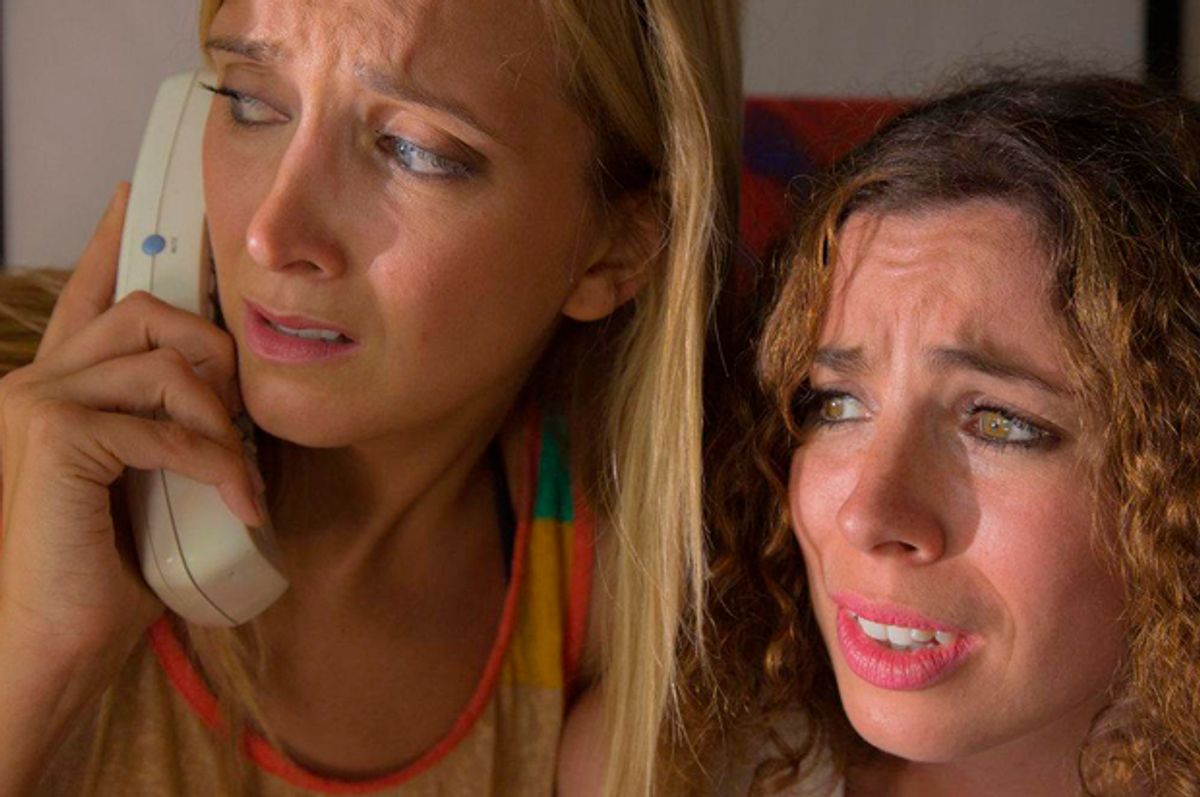 The behavior therapy known as flooding, which is used to treat phobias, operates on a curious concept. A trained therapist exposes her patient to the source of her fears in a safe environment, coaxing her to be in the presence of said terror until she is able to do so for sustained periods of time.

People who are afraid of cats might be taken to a shelter, for example. A few years ago, people who couldn’t stand crawly things could elect to swoon inside of large aquariums and have bugs poured onto them by noteworthy immersion therapy specialist Joe Rogan.

What you may not be aware of is that across the nation, women are engaging in self-administered flooding. This practice may be helpful in vaccinating them against a plethora of existential complications, including shacking up with dangerous serial murderers or con men, aiding and abetting fugitives, surviving an evil twin, or dealing with the ever-present threat of fury blackouts, resulting in the choking of a bitch.

This treatment is known as true crime programming. It’s potent stuff, so powerfully addictive that this week Oxygen announced that it is rebranding its entire network to feature all true crime, all the time.

Three new shows will join Oxygen in the coming months, including a revival of “Cold Justice,” an unscripted series that ran for a short time on TNT. “Cold Justice” is executive-produced by Dick Wolf, prescriber of such popular prime-time pharmaceuticals as “Law & Order,” “Law & Order: SVU” and their brethren “Chicago Fire,” “Chicago P.D.” and the upcoming “Chicago Justice.”

Wolf will be developing other projects for Oxygen, which will open the spigot on true crime this summer. “Cold Justice” is due to debut in the third quarter, along with a series called “The Jury Speaks.” First up is an abduction-focused series, “Three Days to Live,” debuting on March 5.

This is not new territory for Oxygen, which has been the home of the Oxycontin of true crime hours, “Snapped,” since 2004. If you are reading this Opiate for the Masses endorsement on Saturday or Sunday you can watch all the “Snapped” you want right now. Yes! At this very moment back-to-back episodes are airing virtually uninterrupted, aside from overnight paid programming, until 3 a.m. on Monday.

Go on, power up that tubal feeding device in your living room and bathe your soul in a salacious deluge of felonious tales of deceit and murder, narrated by the likes of honey-voiced Laura San Giacomo or caramel-throated Sharon Martin.

For your convenience, a more varied dispensary of the true crime narcotic, "Investigation Discovery," also is open all weekend. Behold just a few of the I.D. titles airing in marathon blocks through Sunday: “A Crime to Remember.” “Homicide Hunter.” “Evil Lives Here.” And all day Sunday, “Dateline on ID.”

What about Monday? TV One has you covered with its true crime block of “Fatal Attraction” and “For My Man,” a series about the idiotic crimes women commit in order to keep their criminally inclined lovers interested. Lingerie simply stopped working for the femmes in question; to keep things interesting, they were forced to become accessories. . . and worse.

To be clear, when we’re talking about true crime, we’re not referring to the genre’s thoughtfully crafted, provocative works such as the “Serial” podcast, Netflix’s “Making a Murderer” or HBO’s “The Jinx: The Life and Deaths of Robert Durst.”

Those were certainly addictive in their own right, and even achieved tangible results. Durst was arrested and will stand trial for murder in California. Brendan Massey, the young man imprisoned 2007 as an accessory to the murder at the center of “Making a Murderer,” had his conviction overturned last year.

To its credit, Investigation Discovery isn’t entirely down market; last September it aired the critically acclaimed “Southwest of Salem: The Story of the San Antonio Four,” about four lesbians wrongfully convicted of sexually assaulting two children. Not long after that documentary’s TV premiere the Texas Court of Criminal Appeals fully exonerated the women.

Compared to these influential works, diversions like Oxygen’s “Snapped” and Investigation Discovery’s “Scorned: Love Kills” and “Swamp Murders” (no joke, there is a show called “Swamp Murders”) are the television equivalent of Victorian penny dreadfuls. Each sensational mystery doubles as a cautionary morality tale, partially depicted in overwrought and wooden reenactments set to baleful piano riffs playing in minor keys.

Here’s a sample from a recent episode of “Snapped.”

“Stacy and Richard Shoeck appeared to have everything,” the narrator lustily coos as grainy photos of the smiling couple appear on the screen. “They lived this picture perfect life!” says an interview subject. The next, looking slightly more pained, testifies, “They seemed happy. They seemed loving.” Past tense.  Foreshadowing.

Then, as we watch slices of dimly lit, blurry reenactment footage, the narrator purrs that the couple planned a Valentine’s Day liaison at a local park and then — “Their rendezvous took a horrifying turn.”

The narrator’s voice glides through peaks and valleys in all of these shows. When the story intensifies, here come the synthesized violins — screeching, anxiety-triggering. Cut to actual interrogation footage — detectives can sense that something went extremely wrong, something the witness might not be telling them.

Something always goes extremely wrong. Did the husband have something to hide? Could it be that someone (cue title card) snapped?

The structure and execution of these shows are consistent and network-agnostic. First comes love, or innocence; then comes marriage, or a lover; soon enough the whole affair goes south. Unsuspecting people are preyed upon by wolves in tight-fitted clothing. Romance makes sensible people who appear to be just like us do deplorable acts. In the end, someone’s previously orderly life is in ruins.

Fade to black, accompanied by lonely music and end credits. After that, another story. And another. You can watch one more. What else do you have to do this weekend?

The true crime format is the new soap opera — female-targeted, hyper-dramatic, churned out at a breakneck pace.

Once upon a time, there was an entire cable channel dedicated to soap operas, but there wasn’t enough interest to sustain it. In contrast, ladykind’s obsession with love and exploitation and murder appears to be insatiable. According to Nielsen, Investigation Discovery ended 2016 as the second most popular ad-supported network for women between the ages of 25 and 54, its target demographic. That same year it also was a top-15 ad-supported cable network in total audience numbers in prime time.

That shouldn’t be surprising. In their heyday, soap operas sold the fantasy of torrid romance, betrayals, fairy-tale weddings and feuds between wealthy families. What a retro ’80s concept! These days the public gets more than enough dirt on actual wealthy celebrities from TMZ. Who needs holiday weddings arcs on daytime dramas when entire series are devoted to brides and bridezillas? Some of those wedding day divas punch folks. I mean, they really haul off. That’s drama.

Real-life romance is harder to find, establish and sustain in this era than in decades past. Free-range meetings become rarer by the year, dating app hookups are unreliable, dating services can be disappointing. Trust is a concept few believe in anymore. Peril, however, is eternally intoxicating. . . as long as it’s not happening to you.

Lousy Tinder date? No date at all? Stood up by an unreliable friend? Did your husband forget your anniversary? Tortured by an unwise decision? Prolonged exposure to these programs will give you mountains of evidence demonstrating how much worse your life could be. Allow each episode to wash over you and put your flaws into perspective. Miserable though you may feel about that offhanded remark that came out wrong, or your failure to have completed some great work at this point in your life, nothing in those little errors caused anybody to die. Right?