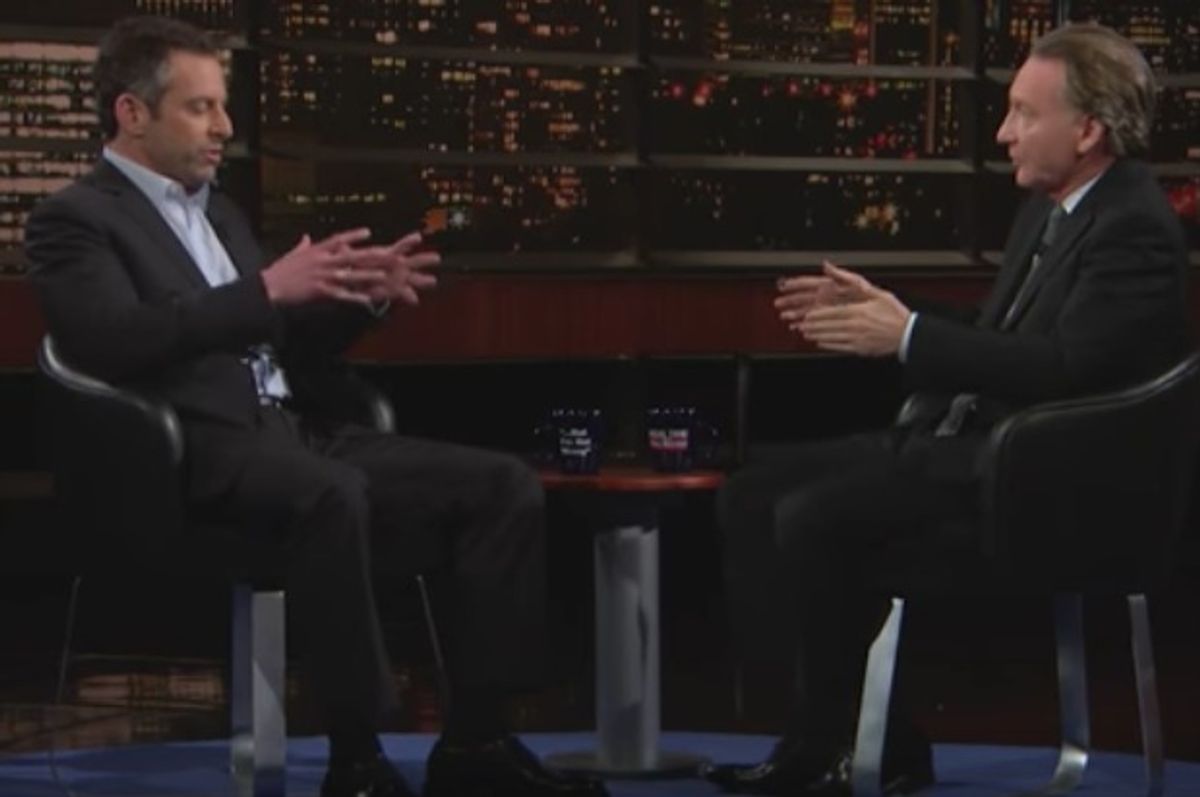 Author Sam Harris sat down with Bill Maher on Friday to discuss current issues in America, including the Muslim ban and the past and present's approach to handling Muslim terrorist groups.

In regards to the ban, Harris said, "Trump is like Chauncey Gardner's evil twin - if he does something right on this issue, it will be by accident. And, the idea is just the sort of thing he would come up with. The ban is a terrible idea, even if your only concern is security."

"We have to win a war of ideas, because ideas cross borders," said Harris. "The reason you should view this as a war of ideas and be at least hopeful about it is that minds change," Harris said, giving examples of former radical Muslims who have changed direction for the positive. "You've had people on your show who are exactly the type of people we want empowered," added Harris.

"We are trying to find ways to disempower Trump," said Maher, "and the left is often not helping."  Obama was also taken to task for handling Muslim relations poorly. "The president has been lying for eight years; it's not to say he hasn't been flying drones, but he hasn't been bombing the Amish."

"Size matters, there are entire terrorist armies; people talk about the KKK as an equivalent, and it's not," Maher said, making a comparison between fringe groups and large terrorist groups American intelligence needs to be focused on.  In reference to Muslim women wearing hijabs, the garb that fully covers their body and head, Maher and Harris went out on a critical limb, and will surely be attacked for it later. Harris called the Muslim hijab a "costume", and Maher said that women should no longer be "forced to wear them; women might want to register a smile or feel the sun on their face." Brace for impact, as the hijab is a covering worn by traditional Muslim women, and is part of traditional Muslim religious code, meant to evidence modesty and privacy.