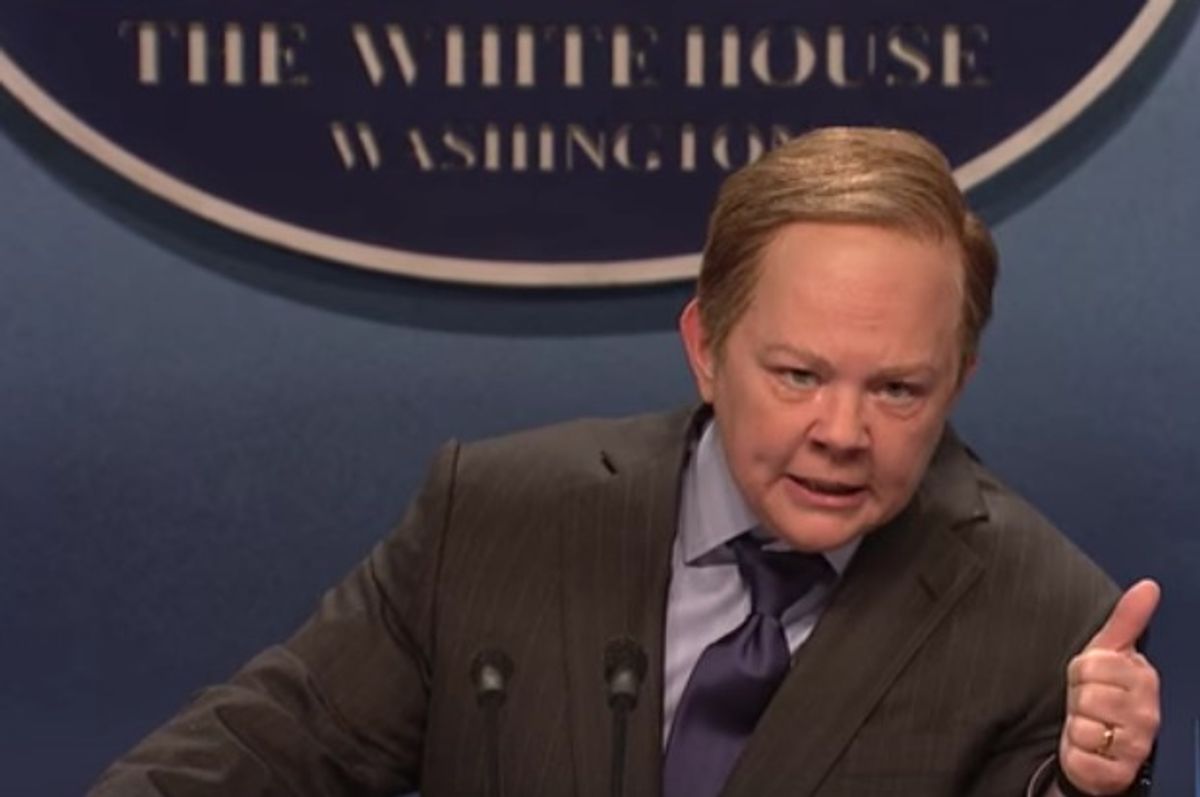 Just when you thought Alec Baldwin had his Donald Trump impression so polished that no other comedic actor could supersede his portrayal with another impression, Melissa McCarthy showed up on Saturday Night Live. On last night's show, Baldwin was back, but soon afterwards, at a skit that poked excellent fun at White House press secretary Sean Spicer, McCarthy stole the show.

As Sean Spicer, McCarthy was fantastically erratic, at one point spraying down members of the press corps with a super soaker gun filled with soapy water. "I'm washing out your lying mouth!", he yelled.

Dressed in an ill-fitting suit, with a receding hairline, McCarthy as Spicer fumed and screamed, frantically cramming gum into his mouth at one point, and pulling out a giant wad, which he stuck on the podium. “I’m here to swallow gum and take names,” he grunted.

Demanding that the press corps owed him an apology, Spicer railed at the gathered reporters, telling them exactly what to write, as the real Spicer has been known to do, as a mouthpiece for Donald Trump. Speaking about last week's announcement of Neil Gorsuch as new Supreme Court justice, Spicer explained how the presentation had gone. "When he entered the room, the crowded greeted the president with a standing ovation that lasted a full 15 minutes - you can check the tape on that!" To ensure the story was portrayed the way the administration wanted, he insisted: "Everyone was smiling, everyone was happy, and they all had erections, and the everyone single one of the women was ovulating left and right!" Spicer continued, "AND NO ONE WAS SAD!"