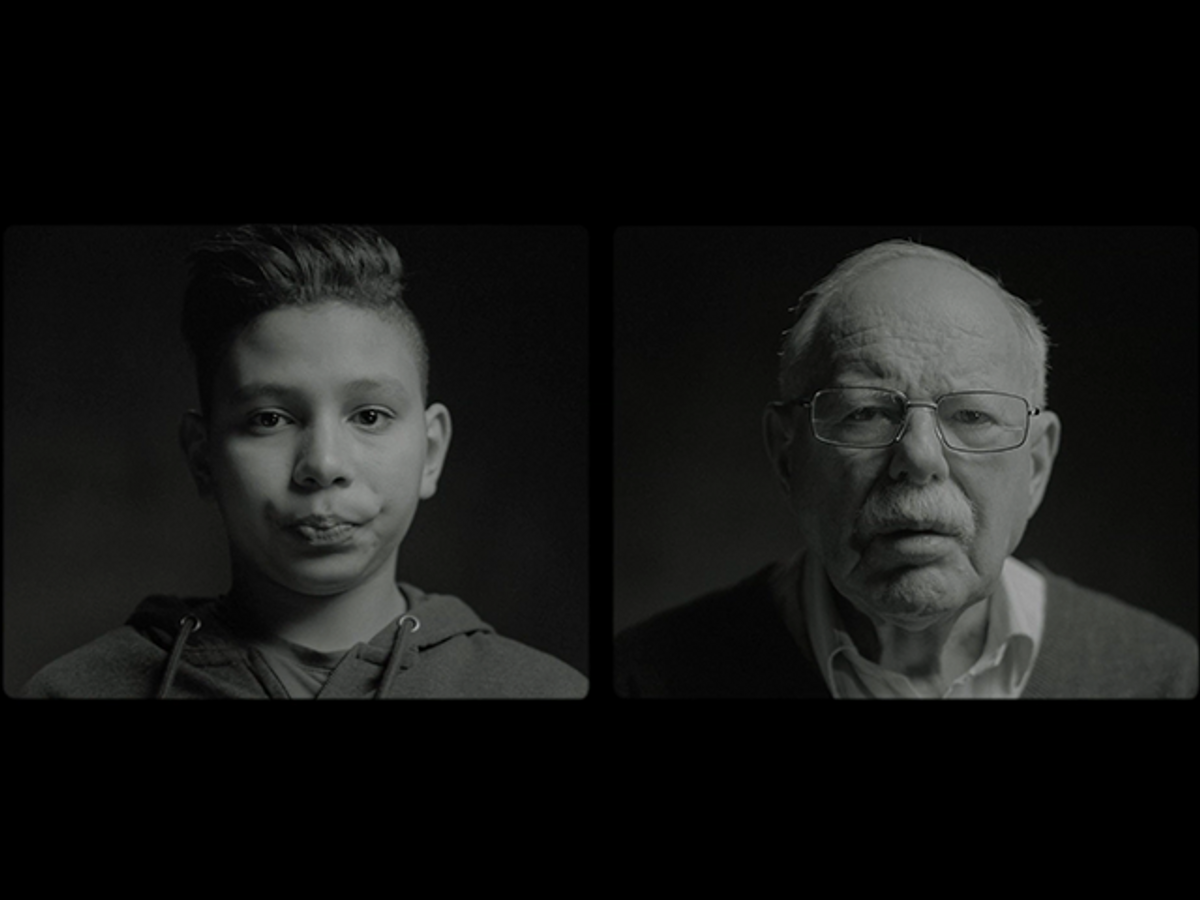 Harry and Ahmed share two stories from two very contrasting time periods. Despite the generational gap between the two, both experiences prove to have more parallels than differences.

The UNICEF video highlights Harry, who was a refugee child in WWII. He was separated from his mother and never saw her again.

"It was a happy childhood — but I could feel what was happening around me," Harry says. He talks about his vivid memories, including shops that were looted, and how his school was burned to the ground.

At the same time, the video compares Harry's story with Ahmed's tale. Ahmed is a Syrian refugee child, who was forced to flee the country with his brother, out of fear for their life.

"People were screaming in the streets and running. So many people were killed," Ahmed says. While on the run, Ahmed and his brother slept any place they could find, including parks, streets, and fields.

Both stories — told simultaneously — expose the similarities between the existing Syrian refugee crisis, and the refugee crisis during WWII. It makes one wonder how crises that are so similar, could happen nearly 80 years apart. By the end of the video, both Harry and Ahmed are telling an identical, heartbreaking tale. They both thought they would die, and they both couldn't stop thinking about their families.

"I am alive, and I am one of the lucky ones," Ahmed and Harry say with tearful smiles.

If anything, the video clearly illustrates that those who do not learn from history, will eventually repeat it.