"I have no words": Conservatives are shocked by Trump's "disgusting" moral relativism with Vladimir Putin

The president said the U.S. was on par with Russia and walked back claims that 3 million people voted against him 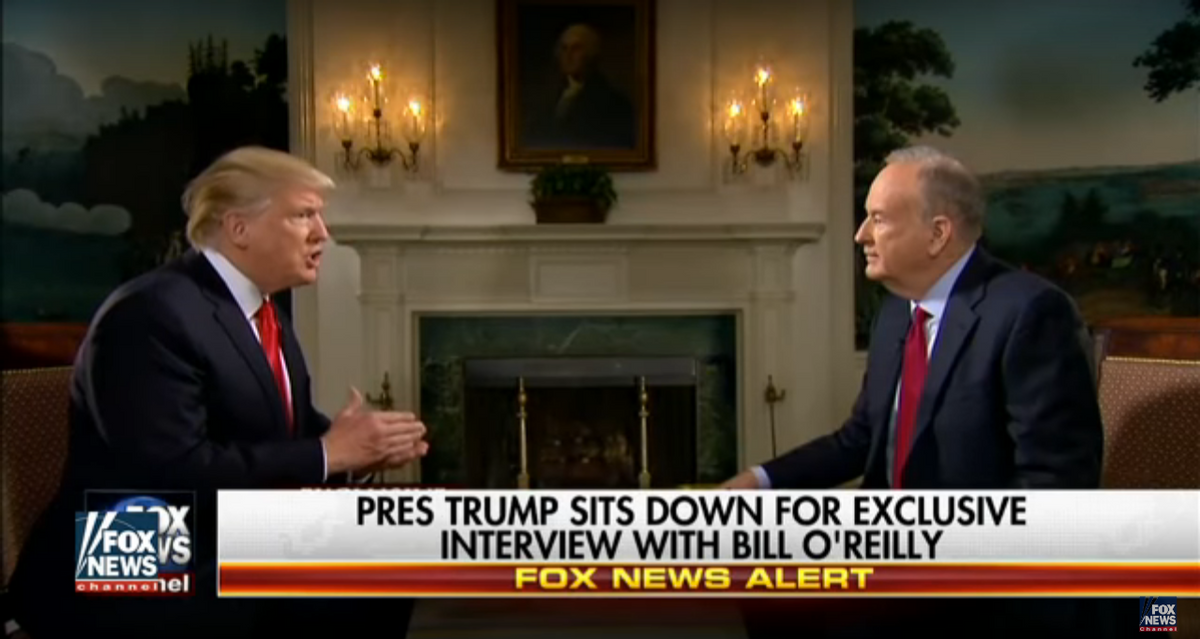 Republicans are split into two factions after President Donald Trump seemed to downplay Russian President Vladimir Putin's record on human rights violations — those who are aghast and those who are speaking out against the president.

Trump's comments came in a pre-Super Bowl interview with Fox News host Bill O'Reilly, who used this edition of a regular presidential interview to give Trump the chance to talk tough about Putin.

"But he's a killer though. Putin's a killer," O'Reilly said. (This comment, incidentally, was later denounced by the Kremlin, which asked for an apology from Fox News.)

Many conservative political commentators were shocked.

Trump puts US on moral par with Putin's Russia. Never in history has a President slandered his country like this. https://t.co/LrP8ycG1Y9

I can't tell you how disgusting I find Trump's comment to O'Reilly. I have no words.

Experts on Russia noted that the comparison made by Trump mirrored a talking point straight out of the Kremlin. O'Reilly barely objected to it before he moved on to domestic policy.

Trump also said he was very much opposed to sanctuary cities, adding that they breed crime. "If we have to, we'll defund. We give tremendous amounts of money to California," President Trump said. "California in many ways is out of control, as you know. Obviously the voters agree, otherwise they wouldn't have voted for me."

O'Reilly then asked Trump about the impeding investigation into voter fraud. The Fox News host said that there has to be data that shows 3 million undocumented immigrants voted in order to validate Trump's claim that the election results were tainted against him. The president appeared to have moved on from this conspiracy theory.

Before the interview aired on Sunday, Bill O'Reilly told Variety it was going to be "the most important interview of my life." But if his goal was to give Trump some pushback as he did with the past president, then he failed on that front.