Germany has Europe's biggest economy and is a major exporter 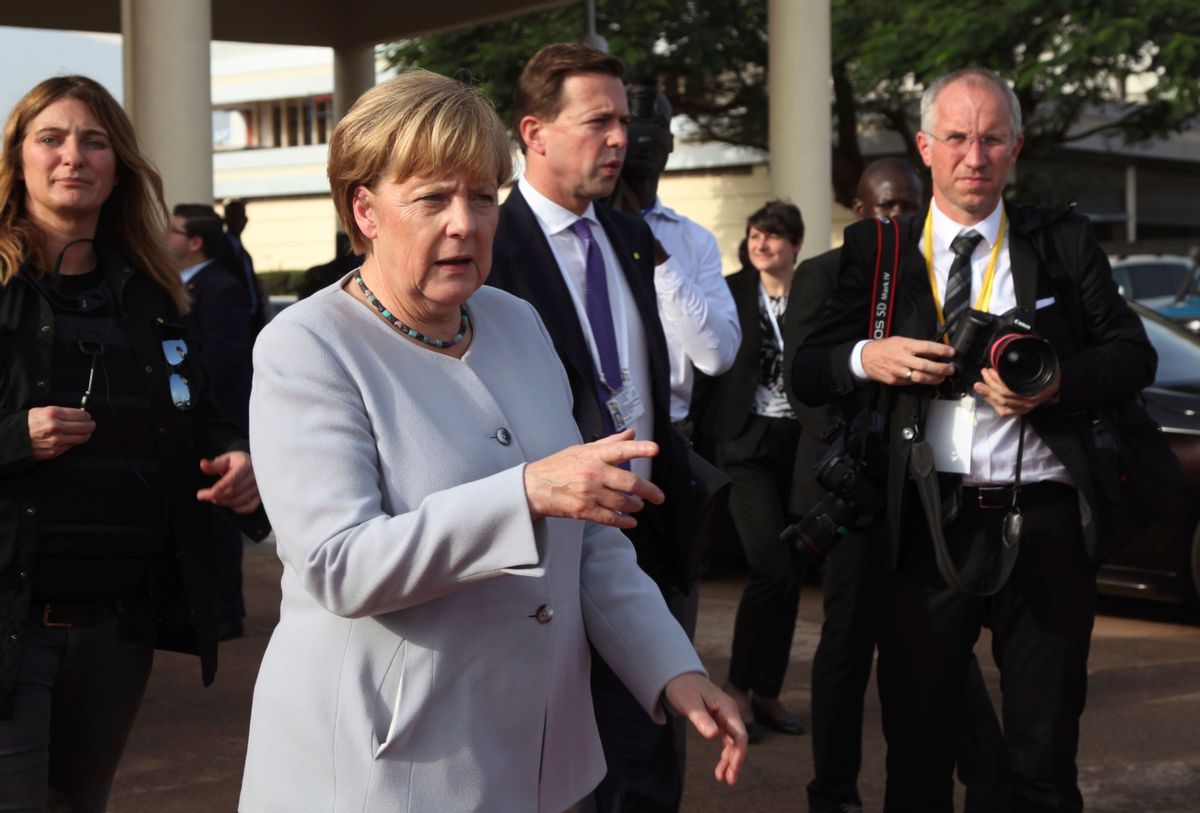 Germany has Europe's biggest economy and is a major exporter. In 2015, the U.S. was its biggest trading partner, and there's concern in Berlin over the possibility of a more protectionist approach in Washington.

Merkel told reporters in Munich on Monday: "We will try to find common ground wherever possible." She stressed the importance of NATO, and acknowledged the need for Germany to "do more in the area of defense."

Merkel said: "We will see issue by issue where we can cooperate and where we have different opinions, but it's in Germany's interest to strengthen the common ground there is."