The Latest: 500 migrants on way to Europe rescued off Libya 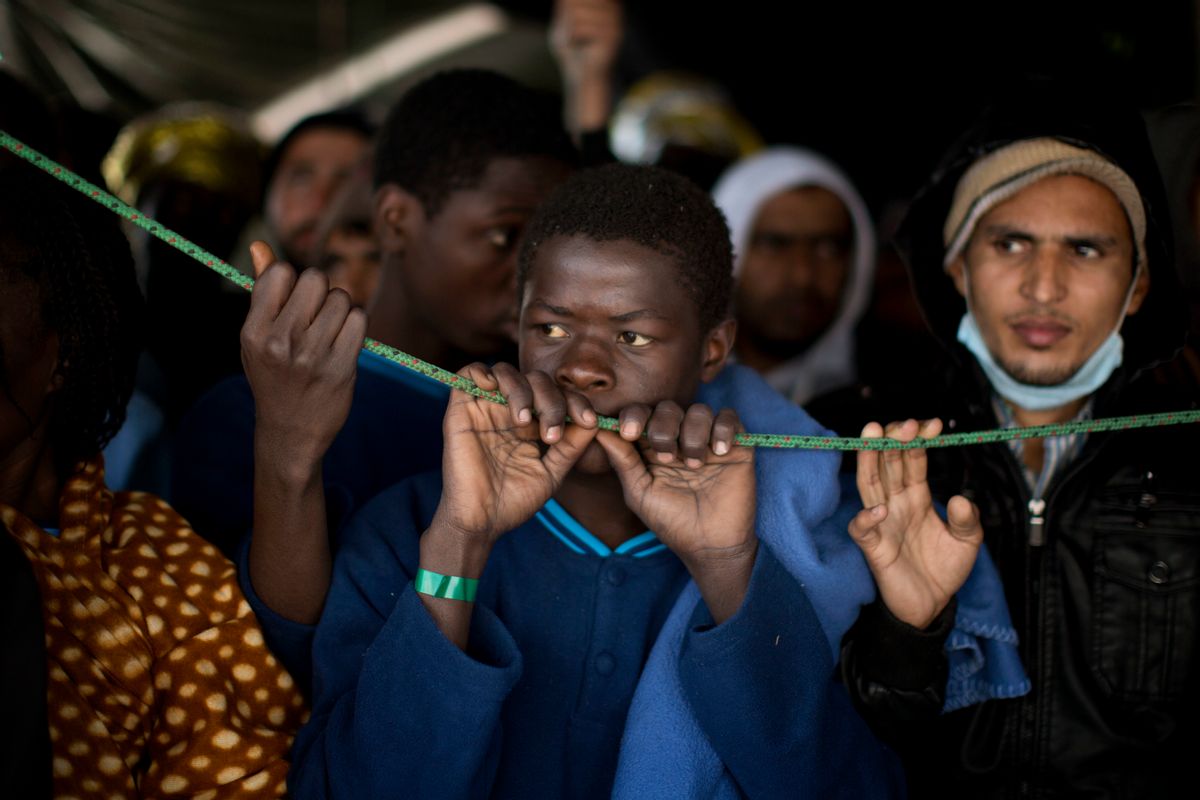 Sub-Saharan migrants wait their turn to leave the Golfo Azzurro rescue vessel after arriving at the port of Pozzallo, south of Sicily, Italy, with more than 220 migrants aboard, rescued by members of Proactive Open Arms NGO, on Sunday, Feb. 5, 2017. Rescuers from different aid organizations pulled more than 1000 people in waters off the Libyan coast on Friday, and all of them were transferred to the Italian authorities. (AP Photo/Emilio Morenatti) (AP)
--

Spain's defense ministry says one of its frigates has rescued almost 500 people from a wooden boat off the Libyan coast as it headed slowly north toward Europe.

Authorities say that among the 494 rescued Sunday were 18 women and eight children.

A defense ministry statement on Monday says that the frigate provided those rescued with food and medical treatment before Spanish sailors destroyed the boat to stop it being used by human traffickers.

The frigate is patrolling the Mediterranean as part of a European operation to capture and destroy vessels used by migrant smugglers or traffickers.

Greek and refugee protesters have confronted the country's migration minister at the entrance of a sprawling migrant camp in the south of Athens, trying to stop him from entering the site.

Police surrounded the minister, Yannis Mouzalas, as he encountered dozens of demonstrators at the Elliniko camp, located at a disused airport that also includes sporting venues built for the 2004 Athens Olympics.

The protest was organized against conditions at the camp. Mouzalas eventually entered the camp and spoke to migrants. He insisted the facilities were adequate and accused one group protesters of staging a "fake" hunger strike.