Gov. Scott Walker's Wisconsin could be a model for President Trump on unions 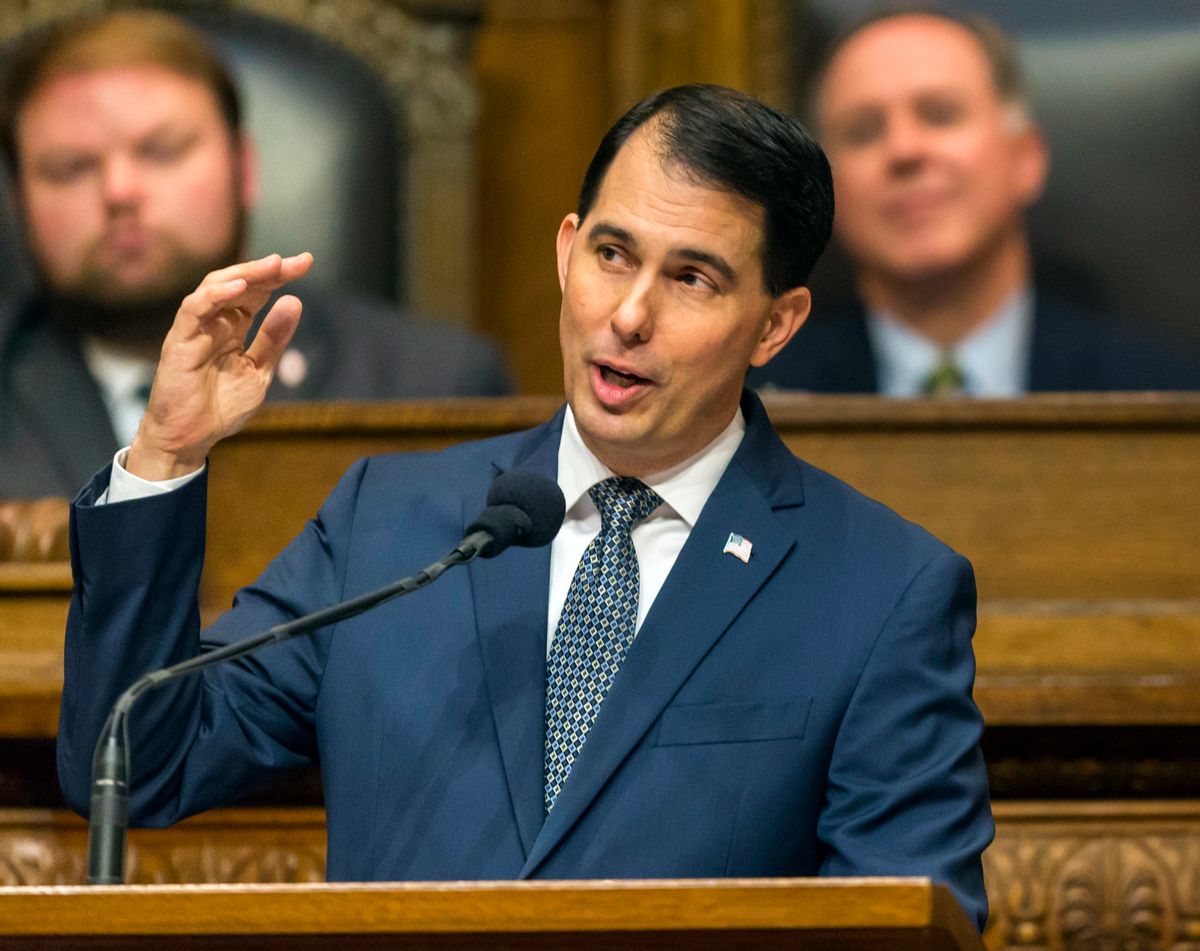 WASHINGTON — Wisconsin Gov. Scott Walker's crackdown on collective bargaining could serve as a model for President Donald Trump's plans to overhaul the federal workforce. But any such move by the new president would risk a fight with already wary union leaders.

Walker is the chief promoter of the Wisconsin-as-blueprint idea and says he spoke last week with Vice President Mike Pence about taking elements of the state's law and applying it at the national level.

Union representatives in Washington are warning the new administration against using Walker's work as a model. They say that would undermine Trump's promise to create 25 million jobs.

The Wisconsin law barred collective bargaining and big pay increases for most public workers. It also required them to pay more for health care and pension benefits.