Proxy war between Clinton and Sanders is out of the closet, and a minor candidate is booted for remarks on Islam 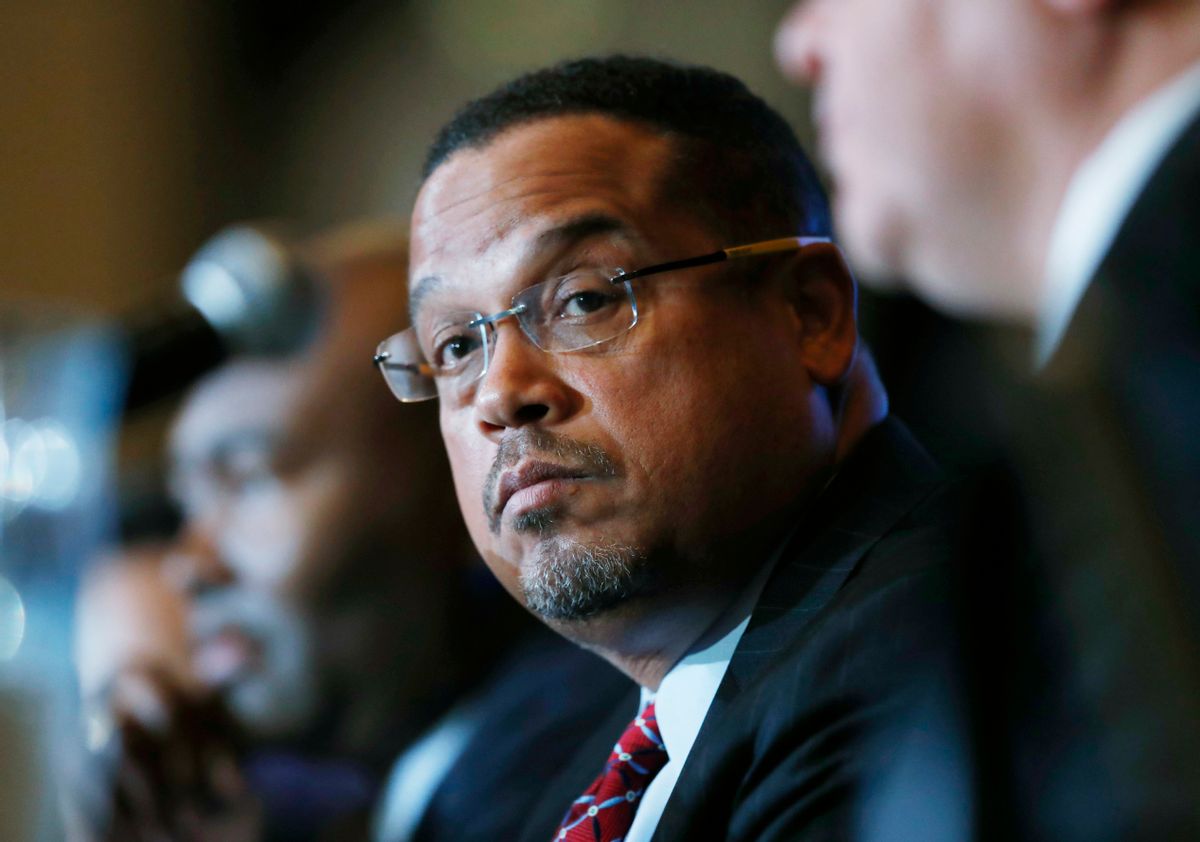 For months the candidates competing to be the next chair of the Democratic National Committee have insisted that the race should not be viewed as a proxy war between the party's business-friendly Clinton-Obama wing and the left-wing economic populism represented by Bernie Sanders' 2016 presidential campaign.

Now that veneer appears to be wearing thin. This week Sanders, a key backer of Minnesota Rep. Keith Ellison's bid for the party chairmanship, blasted what he called the party's “failed status-quo approach."

Sanders made his remarks in a statement shortly after former vice president Joe Biden announced he was endorsing the DNC candidacy of Tom Perez, who served as secretary of labor in the administration of Barack Obama.

Biden's seal of approval sent as clear a signal as possible that Perez has the backing of the Clinton-Obama faction, which has dominated Democratic politics since Bill Clinton was elected president in 1992.

"We have a lot of good people vying for this important job,” Biden said in a news release. “But I do think for this moment and in this time, Tom Perez is our best bet to help bring the party back. I’ve watched him work. I think I know his heart.”

Biden's endorsement of Perez prompted Sanders to say in his own statement that Democrats should be willing to pursue a new course after Hillary Clinton's unexpected defeat by Donald Trump in November.

"The question is simple: Do we stay with a failed status-quo approach or do we go forward with a fundamental restructuring of the Democratic Party?” Sanders said. “I say we go forward and create a grassroots party which speaks for working people and is prepared to stand up to the top 1 percent. That’s why we have to support Keith Ellison.”

Sanders' bracing critique of the party establishment has undermined the unity theme that Ellison himself has pushed while touting endorsements from both wings of the party. He is supported, for example, by Senate Minority Leader Chuck Schumer, a New York senator with close ties to the Clintons, and by Sen. Elizabeth Warren of Massachusetts, a fiery critic of Wall Street. Ellison responded to the Biden endorsement with a statement emphasizing that the former vice president is "known for loyalty to people he has worked with." A few days later, Ellison rolled out the endorsement of his own former veep, Walter Mondale.

While some Democrats have depicted Ellison as too far to the left, the Minnesota congressman has also taken heat for his past advocacy on behalf of Nation of Islam leader Louis Farrakhan, who is known for his anti-white and anti-Semitic views. In December, Anti-Defamation League CEO Jonathan A. Greenblatt issued a statement describing Ellison's past comments about Israeli influence on American foreign policy as "deeply disturbing and disqualifying." Most of Ellison's backers have stood by him, and the ADL did not respond to inquiries from Salon about whether the organization had changed its views.

More recently, Ellison has faced attacks from a fellow candidate named Vincent Tolliver, who has thrust the question of Ellison's faith into the limelight. (In 2006 Ellison became the first Muslim elected to Congress, with a second, André Carson of Indiana, elected two years later.) Tolliver said party committee members should not vote for Ellison because Islam's intolerance of homosexuality is inconsistent with the Democrats' pro-LGBT agenda.

Ellison's Muslim faith "is precisely why DNC voters should not vote for him," Tolliver wrote in an email to The Hill. "Muslims discriminate against gays. Islamic law is clear on the subject, and being gay is a direct violation of it. In some Muslim countries, being gay is a crime punishable by death.”

Tolliver, who has held no elective office but has run for Congress in Arkansas, added in his email: “I'm shocked [the Human Rights Campaign] has been silent on the issue. A vote for Representative Ellison by any member of the DNC would be divisive and unconscionable, not to mention counterproductive to the immediate and necessary steps of rebuilding the Democratic Party.”

After The Hill published Tolliver's email, he was promptly banned from the race by the party's interim chair, Donna Brazile, who called his criticism of Islam “disgusting.” Since being expelled, Tolliver has told Breitbart News that he intends to sue the Democratic Party for preventing him from running.

“The DNC and the Democratic establishment are attempting to prevent me from freely expressing known and indisputable tenets of lslamic law. Moreover, through sleight of hand tactics, interim chair Donna Brazile falsely accused me of discriminating against Mr. Ellison and cast aspersions by suggesting I was intolerant of religious freedom,” he was quoted as saying.

Members of the Democratic National Committee are expected to cast their ballots at the party's upcoming winter meeting, to be held Feb. 23 to 26 in Atlanta.