The White House is really not laughing at this skit 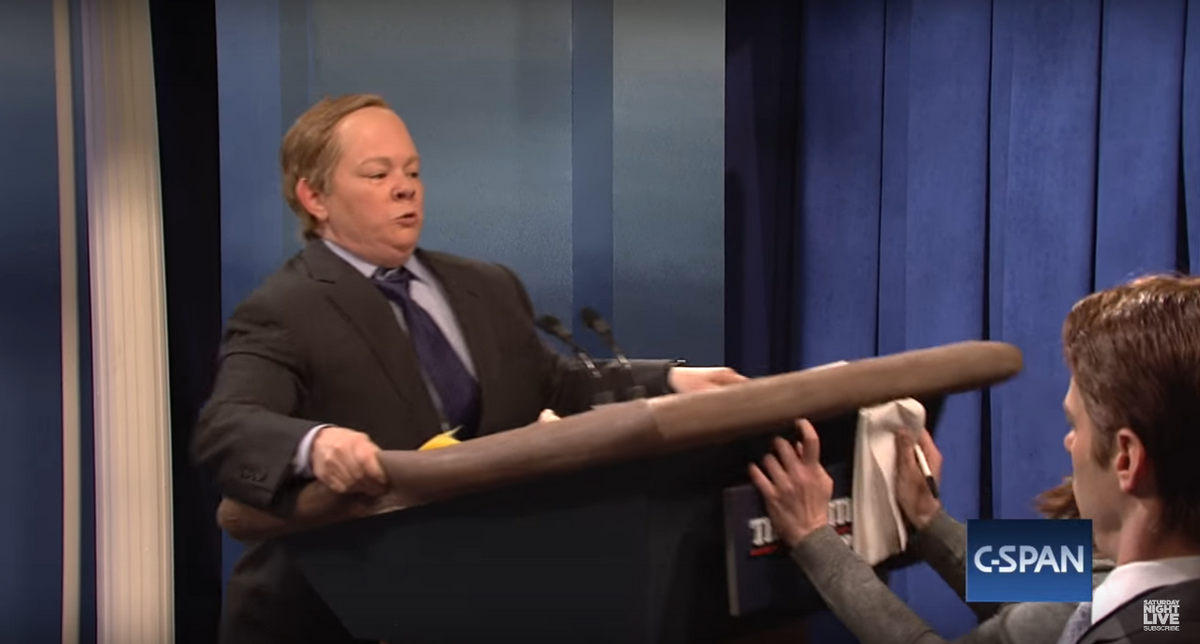 White House press secretary Sean Spicer is, once again, no longer in the good graces with the president after actress Melissa McCarthy parodied him on "Saturday Night Live." The absurd, yet eerily accurate caricature was only made worse in the eyes of President Trump because the performer was a woman.

Sources close to the president told Politico that Spicer's portrayal by a woman was particularly troublesome. "Trump doesn't like his people to look weak," one Trump donor said.

The skit apparently spoiled Spicer's long-term prospects in the West Wing. Politico reported that McCarthy's parody was not considered helpful for Spicer, who has struggled to find the right approach as press secretary. The skit became a viral sensation, which reportedly made the White House feel even more uncomfortable, as they saw it internally as another hit on the president.

Two days after "SNL" aired, Spicer told told Fox News he thought "it was cute, it was funny." He told Extra that, in the future, his advice for McCarthy would be to "slow down on the gum chewing; way too many pieces in there." He did say that the actress could "dial back" a bit.

As far as his critique of the sketch comedy show at large, Spicer said that Alec Baldwin's impersonation of his boss was "mean."

"Alec has gone from funny to mean, and that's unfortunate. 'SNL' used to be really funny. There's a streak of meanness now that they've crossed over to mean," he said.

When fellow White House senior staffer Kellyanne Conway trekked it to Congress Monday morning as a sign of outreach, she was asked if she laughed at McCarthy's performance. Conway's face "turned to stone," according to a separate Politico report. A senior White House official later denied this when Politico tried to confirm.

Watch the skit that got Sean Spicer in hot water below: