The veteran rock journalist and Salon columnist passed away over the weekend. He was 47 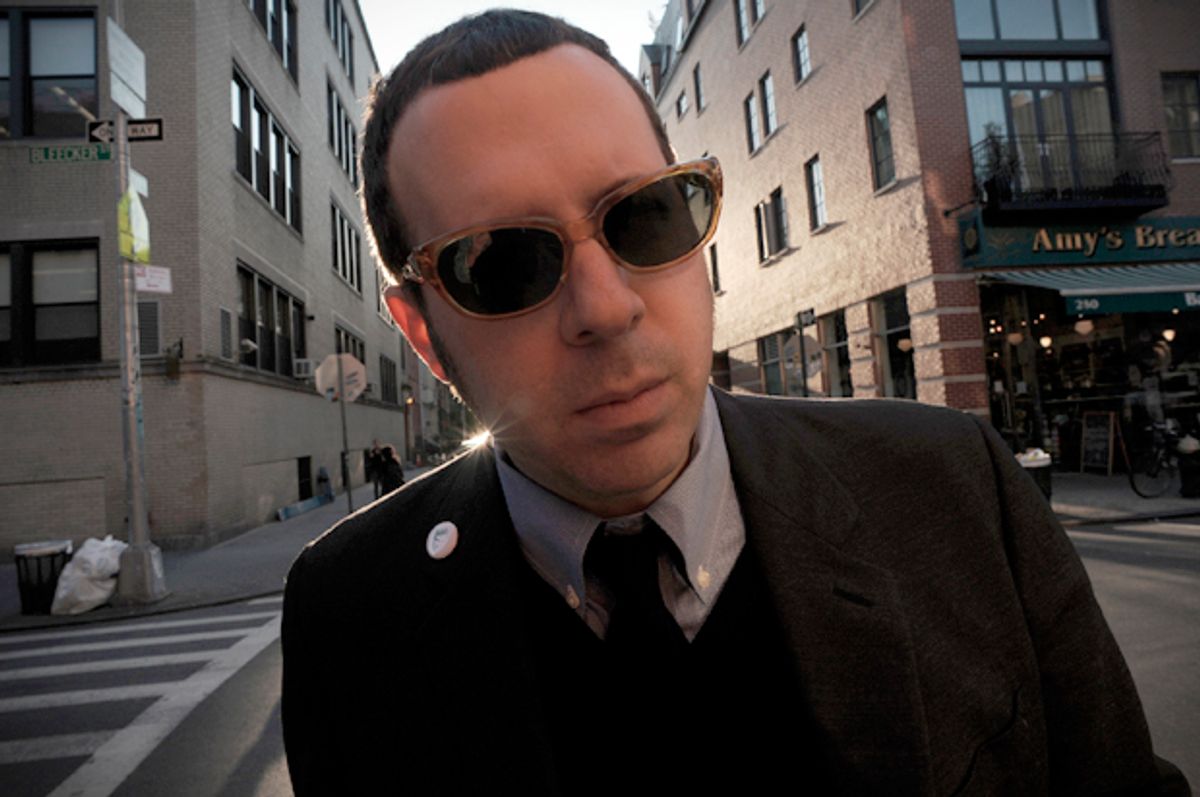 We said a stunned goodbye over the weekend to Marc Spitz, veteran rock journalist, novelist and playwright, and Salon's beloved music and film columnist. He died at age 47. The staff of Salon sends its deepest condolences to his family and friends.

When I became culture editor here, I started talking to Marc Spitz, a Salon occasional and favorite contributor, about establishing a regular column. He wanted the regularity, and it was an easy sell for me: If Marc was into something, our readers would be, too. I knew Marc’s work before I ever worked with him. I was a longtime Spin reader and knew his books; taking pitches from a guy whose excellent reporting and inimitable style had helped shape my own meager efforts never got old (even when I learned how bonkers his first drafts could be).

I knew Marc in the incredibly intimate and maddeningly abstract way a reader knows a writer. We never met, and yet I knew more about some of his pet peeves and sympathies than those of people I’ve been having drinks with for years. As an editor, I trusted that a two-line pitch email — from his AOL address, a detail that never failed to charm me — would result in an inventive love letter or rant (sometimes in the same piece) that could change the way I heard a song or saw a movie or thought about love and longing, and it always did.

Marc’s epic oral history of Hal Hartley’s “Henry Fool” trilogy — if you weren’t obsessed with these movies already, you will be after reading this — became a sort of shorthand around here for “let’s do that unlikely thing up big.” His deep dive into the 1982 cult classic “Liquid Sky” is a touchstone for brushing off buried gems.

But whether he went for expansive or laser focused, Marc never offered up the expected. A column on a reissue of the Velvet Underground’s “Loaded” became a meditation on the sublime way Lou Reed uttered “ha!” in “Sweet Jane” and all that those two little letters could stand for. A planned essay that never quite came together instead gave way to an impromptu, loving eulogy for Scott Weiland, “which just came out of me as I sat down to coffee,” as Marc put it, the morning Weiland’s death at 48 was reported, a piece that I can’t read now without becoming completely undone.

In his writing, Marc was generous with his praise and charming in his takedowns, and he was an unfailingly idiosyncratic librarian of details. He maintained a romance with music even as he interrogated his own place in the industry, and most importantly to me as a fan, he wasn’t afraid to be sentimental.

A prime example is a column born from a deceptively simple pitch last August of “when it is safe and appropriate” to play a song which he described in his pitch as “an augury of fall like a crocus is an augury of spring,” a poetic assessment this particular artist and song have surely never been granted before or ever will again:

Turn on your TV and there are back-to-school commercials for school supplies (they are lining the drug store aisles as well). There’s pre-season NFL football. The summer Olympics medals have been won (most of them anyway). The fabled September issue of Vogue’s cover has been revealed. There’s really only one thing missing, and every year around this time, I wonder if it’s yet time to undergo a certain ritual.

I say “around” this time, because it’s still a little too soon today, and will be so tomorrow. It can’t happen too late either, or it loses its poignancy. The timing has to be just right. It’s in my queue, but I have not and will not press play until something in my brain sparks: “This is it. Now.”

And I play “The Boys of Summer” by Don Henley.

It happens every year, some time between the horrible dog days of summer and Labor Day. I only play it once. It only requires about five minutes (four minutes and forty-seven seconds, to be precise). That’s enough for me.

I really feel it, like almost no other song. I sing along. I cry. I hold my headphones to my ears with cupped hands, as tightly as I can. I obsess.

I don’t trust music writers who aren’t sentimental (if you’re not actively engaged in a love affair with the work, try investment banking instead), and I trusted Marc implicitly. As Alan Light, former editor-in-chief at Spin, where Marc made a great name for himself and won many of us over as readers and fans, said in his moving eulogy in Billboard yesterday, “I don't think I've ever met anyone who believed in rock & roll as much as Marc Spitz did. The grand gesture, the adolescent romanticism, the infinite possibilities of identity and sexuality — he bought it all, loved it, needed it.”

Marc once wrote that his favorite bands and records “squatted in my soul where faith and belonging might have found a place to blossom.” He might have sold his own peculiar faith, one shared by readers and subjects, a bit short. Marc may not have recognized it as such, but he was a devoted practitioner of Lectio Divina — a spiritual discipline Benedictines built around reading holy texts that requires meditation, prayer and contemplation of the texts' true and sacred meanings. It just happens that he read "Revolver" the way monks read the Bible. For those of us who read Marc and loved his work, those interpretations were themselves divine.