John Bercow made it clear he would oppose President Trump making an address: "It is an earned honor" 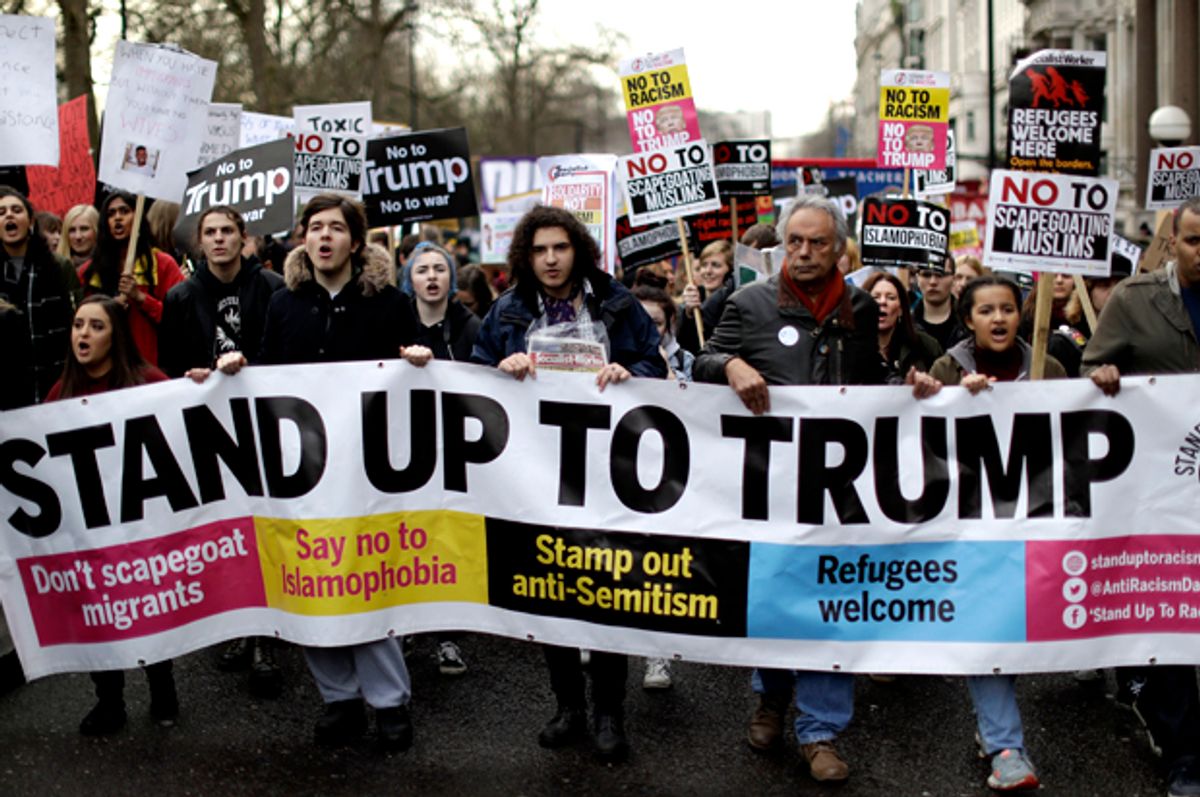 Facebook
Twitter
Reddit
Email
view in app
Donald Trump will not be following in the steps of President Barack Obama, President Bill Clinton or President Ronald Reagan.
Speaker of the House of Commons John Bercow said Tuesday that he will block any attempt to get Trump speaking. Bercow is one of three lawmakers who would need to sign off if Trump would be speaking in front of the government's legislative body.

The Speaker made it clear that he would oppose an address from Donald Trump to Parliament on his state visit set for later this year, saying that he feels “very strongly that our opposition to racism and to sexism, and our support for equality before the law and an independent judiciary” clash with Trump’s political maneuverings.

Speaker John Bercow’s comments were both firm and commanding. “An address by a foreign leader to both houses of Parliament is not an automatic right, it is an earned honor,” he said.

President Trump battles in court today over his executive order temporarily banning travel from seven majority-Muslim countries, but Bercow explains this controversial order only bolstered his already held belief of the president.

Bercow’s comments are unprecedented given that the Speaker is typically politically neutral, but reflective of the ongoing debates in the country following Prime Minister Theresa May’s visit to the White House. The two were photographed walking hand-in-hand and she invited President Trump to make a state visit, which has been confirmed for sometime before the end of the year.

At the Tory Annual Fundraiser on Monday, Theresa May teased about the size of Trump’s hands: "I don’t think I have received such a big hand since I walked down the colonnade at the White House." Trump’s hands were a frequent target during the Republican Primaries.

May has been courting the president in efforts to strengthen the U.S.-U.K. relationship and trade partnership, especially in light of Brexit.

Bercow said that “we value our relationship with the United States. If a state visit takes place, that is way beyond and above the pay grade of the speaker.” But his stance on an address to Parliament remained. “I would not wish to issue an invitation to President Trump to speak in the Royal Gallery,” he said.

The Commons resounded with applause and support of Bercow’s claims. Veteran Labour MP Dennis Skinner followed with his own affirmation: “Further to that point of order: two words: well done.”

Prior to Bercow’s response, a petition collected nearly two million signatures declaring that a state visit by President Trump would "cause embarrassment to Her Majesty the Queen." On February 20, MPs will debate the issue.