WATCH: Stephen Colbert admits that he is a Bowling Green massacre truther

"The Late Show" host said that just because the attack didn't happen, doesn't mean it shouldn't have been reported 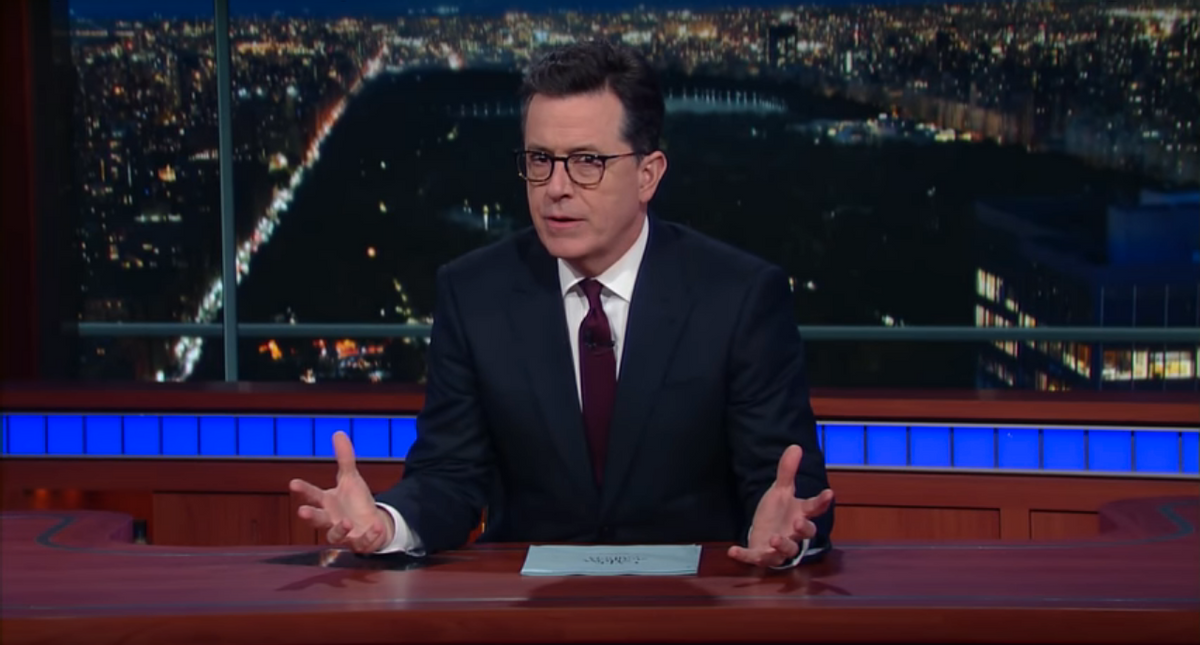 "The Late Show" host Stephen Colbert agrees with President Trump: Just because the Bowling Green massacre never happened, doesn't mean the media should be ignoring it.

"I think we all remember where we weren't were when we didn't hear that nothing had happened," Colbert said.

The esoteric comedian speculated that the media may have to adapt going forward to accommodate fake news events in its reporting.

"They need to present both sides of the story," he said. "The things that did happened and the things that didn't happen. Then let the victims of the Bowling Green massacre decide if they were killed."

Colbert was taking a page from President Trump's statement Monday that the media has purposefully underreported terrorist attacks. "They have their reasons, and you understand that," Trump said, although it's doubtful anyone really understood.

"The president is accusing the media of refusing to cover major terror attacks. Why? Reasons," Colbert explained.

While the president and his staff have been mocked for embellishing the media blackout terrorist attacks have encountered over the years, Colbert said that he appreciates President Trump's concerns.

And that's why he is a Bowling Green truther:

"Just because it didn't happen, doesn't mean it wasn't an inside job," Colbert said. "If America isn't going to be attacked, who is most likely not to do it? Us. That's why I am a Bowling Green truther. I demand that the media not release the reports they did not do on the attack that did not occur."