"He avoided questions like the plague": Chuck Schumer on his first visit with Judge Neil Gorsuch 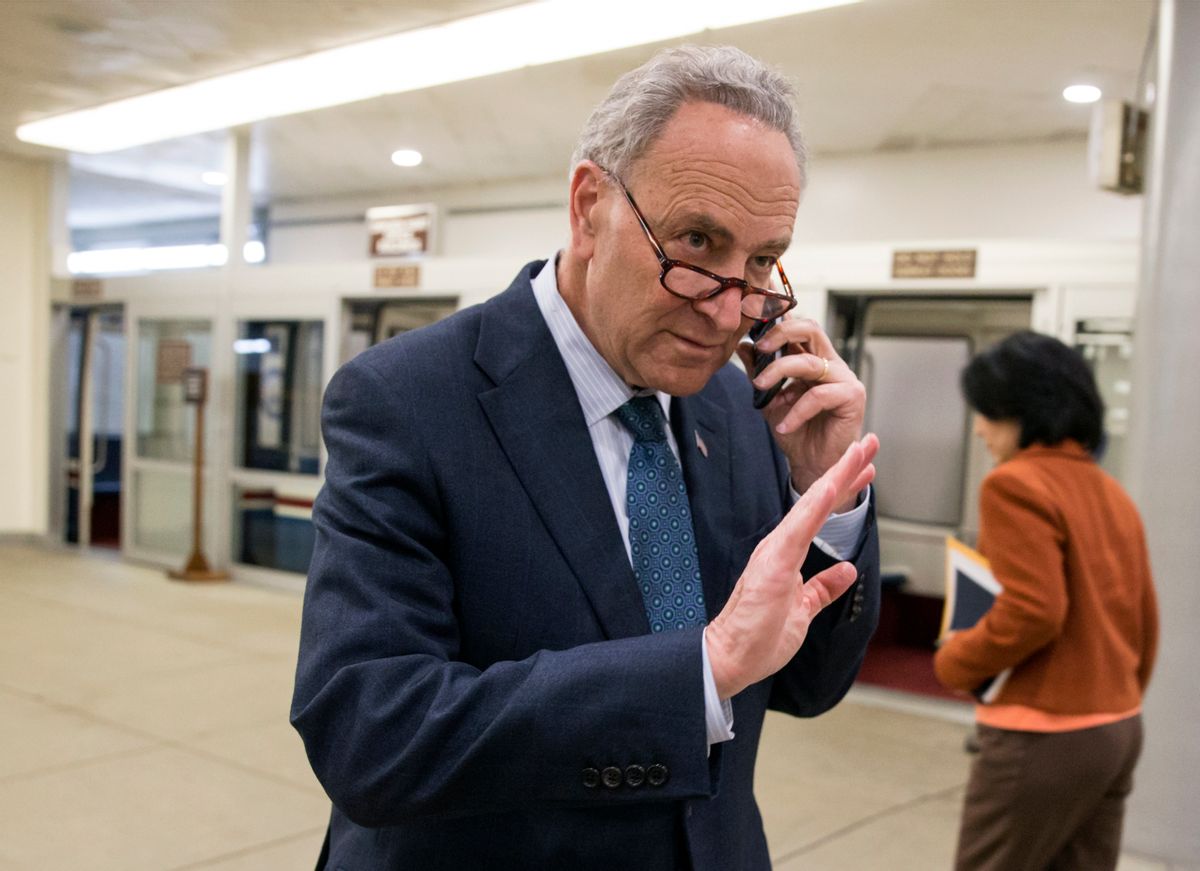 Sen. Chuck Schumer, D-N.Y., a member of the Democratic leadership who also serves on the Judiciary Committee, walks to the Senate on Capitol Hill in Washington, Monday, Feb. 22, 2016. Senators were returning to Washington Monday from a weeklong recess that saw the Justice Antonin Scalias unexpected passing inject a new issue into this election year. (AP Photo/J. Scott Applewhite) (AP)
--

Gorsuch's nomination has been inevitably controversial. The previous administration put forward Judge Merrick Garland as a possible successor to Justice Scalia but in an unprecedented move, Senate Republicans refused to even consider President Obama's nominee. Democratic lawmakers have indicated they will return the favor, offering to give Trump's nominee "the same courtesy Senate Republicans gave Merrick Garland," as U.S. Rep. Earl Blumenauer said.

Gorsuch met with Schumer on Tuesday in his first attempt to woo the minority leader. His efforts to placate Schumer seemed unsuccessful.

"He is clearly a very smart, polite and capable man who loves being a judge," Schumer said after the meeting. "But his nomination comes at a perilous time in the relationship between the executive and judicial branches. On the campaign trail and from inside the White House, President Trump has shown a deep contempt for an independent judiciary that doesn't always bow before him."

Schumer was referencing the war Trump has waged on the judiciary. Just three weeks into his presidency, Trump has denounced the courts that defied his immigration ban, which halts immigration from seven majority Muslim nations. He even suggested that the Washington judge who issued the restraining order should be held responsible for the next terror attack. "If something happens blame him and court system," Trump tweeted over the weekend.

When the White House was asked to comment on Gorsuch's meeting with Schumer, the team working on his nomination declined to give a statement. But they did tell reporters to reference Sen. Ben Sasse's reaction.

"Judge Gorsuch is a supremely qualified and thoughtful nominee," Sasse had said about Trump's nominee. He continued

The 'Chicken Little' hysteria from one of my friends on the other side of the aisle is just sad and absurd. If they keep working to paint Judge Gorsuch as a mouth-breathing bald eagle hunter, they'll embarrass themselves. Judge Gorsuch and I talked at length about our constitutional system of checks and balances. Whenever Democrats want to stop dealing in fiction, I'm confident Judge Gorsuch is ready for a serious conversation.

Schumer said Democrats will have a hearing for Gorsuch, but cautioned, "We must give this nominee the scrutiny that this unusual moment demands."