Trump is basically a Scientologist: Leah Remini says the president's hostility toward the media is familiar

Scientology teaches "that news is a bad place, that the news lies" 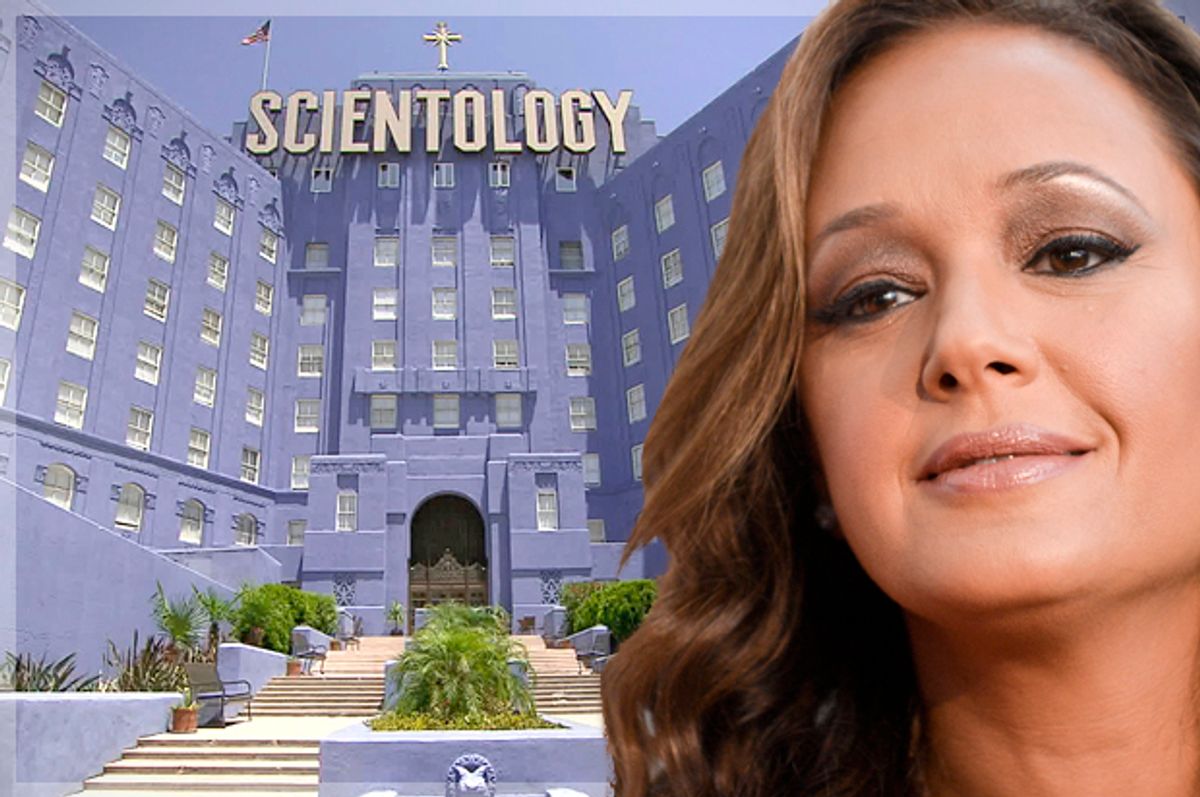 President Trump's inauguration ushered in a new war between a fact-free administration and a free press.

“The media should be embarrassed and humiliated and keep its mouth shut and just listen for a while," Trump Strategist Steve Bannon told The New York Times on Thursday. “The media here is the opposition party. They don’t understand this country. They still do not understand why Donald Trump is the president of the United States.”

For actress and former scientologist, Leah Remini, Trump's distrust in the media was a very familiar sentiment.

"From the very beginning of the teachings in Scientology you were taught that news is a bad place, that the news lies, that’s what they do, they’re the business of lies," Remini told host Conan O'Brien when she guest-starred on "Conan" this week.

“So you’re saying Trump is a scientologist?” Conan asked her.

The crowd roared. Remini then relayed more of her teachings.

“Parishioners believe, because we are told every day, ‘We are doing amazing things for the world, for mankind', so you’re trained and conditioned to believe that good news will not get out there, specifically toward Scientology," she said.

According to Remini, "the brainwashing begins very early on."

"If you do see something on the internet, remember, this organization requires that you go in every single day, two and a half hours a day — the minimum — 7 days a week — so you are conditioned to believe that looking on the internet or.. reading something that is critical to your church is a transgression, is a sin, so you feel compelled to say that the very next day, because you’re going in every day," she explained.

O'Brien then asked her what would happen, should someone criticize the church.

"You would need to then go into the church of Scientology and say, ‘I have to tell you, I read this article in Newsweek or Time Magazine or I saw this documentary and they said these things and then you would have to atone for it?" he hypothesized.

Remini confirmed she would be "punished and interrogated" for why she actively sought out these materials and went against the people “single handedly saving mankind.”

“It’s not that information wasn’t there.. I chose not to look because the repercussions of doing so were great," she pointed out "And if I said ‘Well, screw it, I’m gonna look anyway, and screw it, I’m gonna continue to question what I’m doing and what I’m hearing about,' then they would go after your family… so you just learned.”