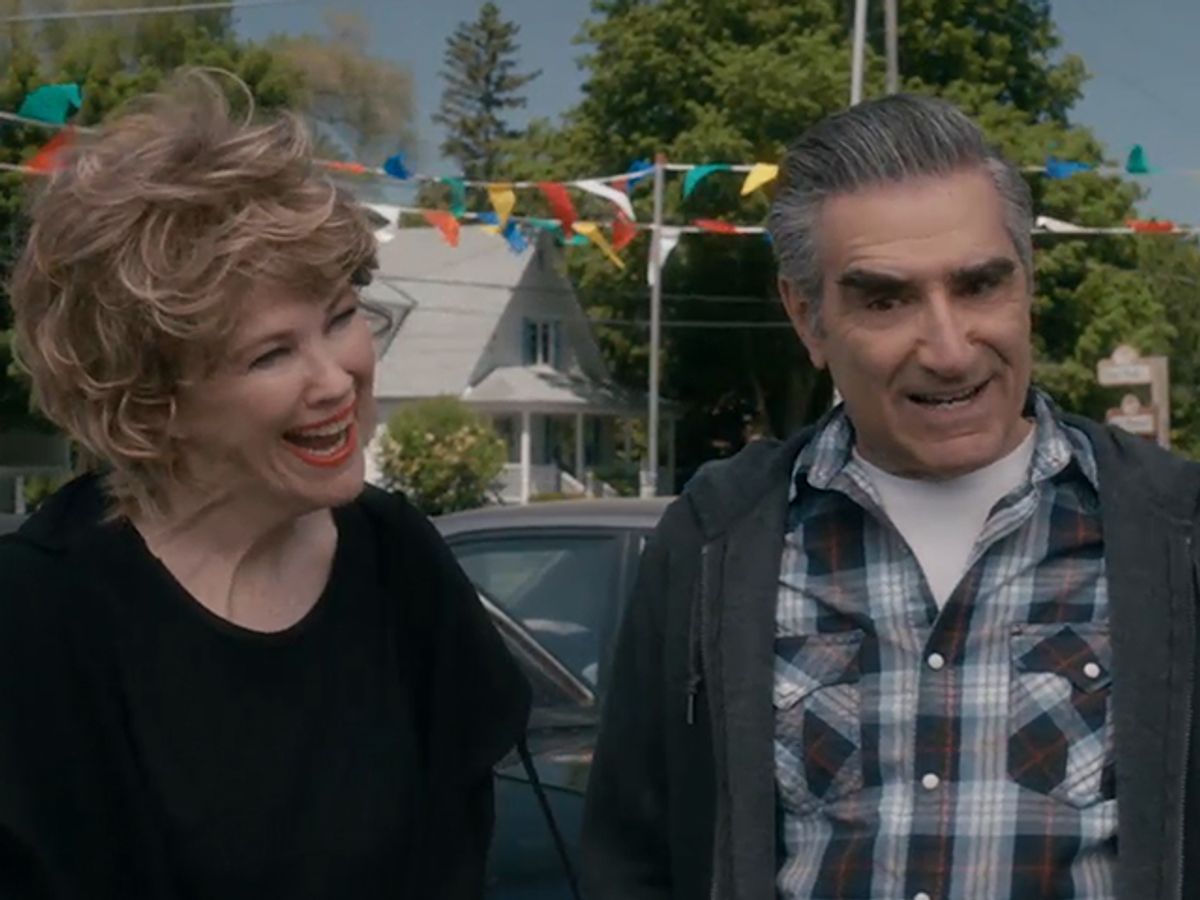 The third season of "Schitt's Creek" takes Catherine O'Hara and Eugene Levy — two comedy legends who've worked together on stage, in movies and on TV — and puts them together in a familiar environment. Though they don't want to call it chemistry, both admit that their familiarity makes producing the show easy.

"Half the job is just hanging out together," O'Hara told Salon Talks. "So it's really nice to be with good people who are always insanely talented."

Added Levy: "I think we have the best chemistry ever. And it's coming out of the same comedy school. Which helps."

Levy and O'Hara play Johnny and Moira Rose, a video store magnate and his wife. With their two adult children David (played by co-creator and Levy's real-life son Dan) and Alexis (Annie Murphy) in tow, the Roses have to move out of their stately mansion and take up residence in a small town Johnny purchased as a joke.

"Chemistry, on camera, is rooted in an ease and a comfort level with the people that you're working with," Dan Levy said. "When it's an even playing field and you know that, there's an ease that comes with the performance.

"Anybody coming out of Second City theater really knows — you can almost guess where they're going if you're working in a scene together," Eugene said. "It makes things easier on a comedic level."

Understanding the working process was especially helpful for Murphy, who wanted to show off her comedic chops.

"Coming onto set with Eugene and Catherine, who I had looked up to for so long, was terribly nerve-wracking at first," Murphy said. "But then I quickly saw the amazing playfulness and wonderful childlike enthusiasm these two have. And that was a really wonderful thing to observe and let the nerves melt away."

So what's it like working with two masters of comedy?

"Dan and I both consider it a schooling every single day in comedy acting," she said.

Murphy has been a quick study, according to Eugene Levy. "It takes a very, very strong comedic instinct to play those moments and keep the scene going. It's amazing to me to watch Annie work in front of a camera."