In response to the White House's declaration of war to CNN, Jake Tapper takes the gloves off 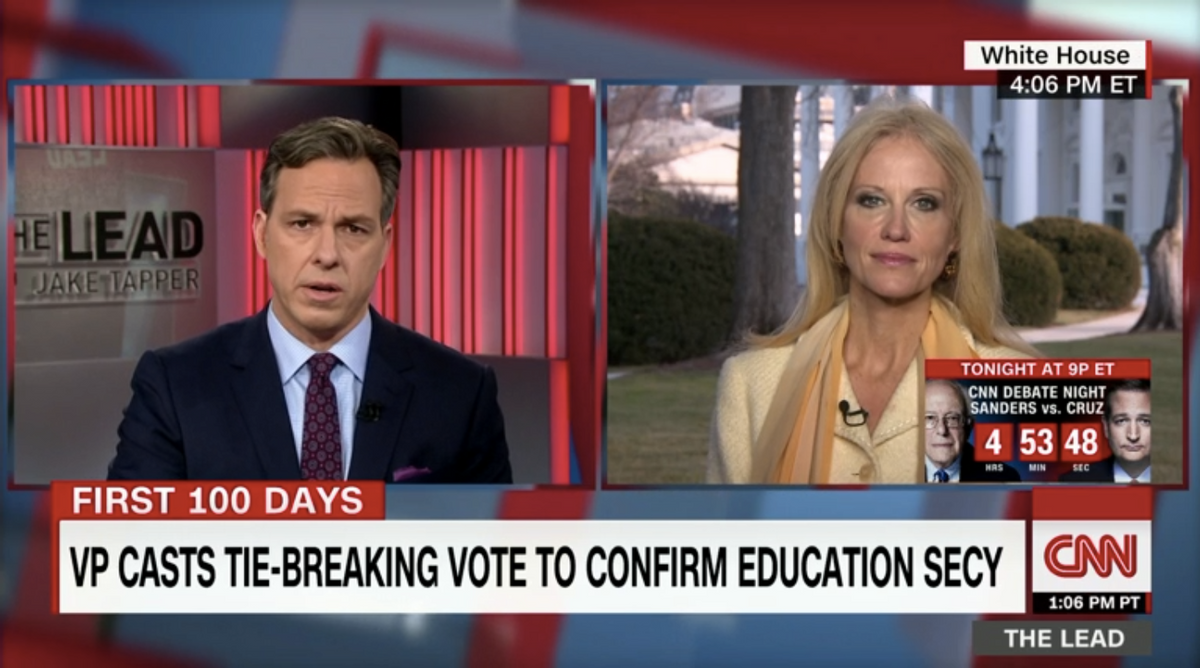 "You cited a massacre that didn't happen. You said the media didn't cover it," Tapper said.

"What I mean is the media didn't cover the masterminds," Conway responded.

Throughout the heated interview, Tapper was determined to hold Conway and her boss accountable for their words, perhaps inspired by President Donald Trump labeling CNN "fake news" and his denigration of the media at large.

The host of CNN's "The Lead" was clearly offended by the disparaging comments emanating from the White House. Conway argued that the media was unfairly covering the new administration, focusing on negative stories while ignoring its successes. But Tapper was having none of that.

"What we're talking about is the fact that the White House is waging war on people who are providing information, sometimes risking their lives to do so, saying that nothing we say is true, all of it is fake. I would much rather be talking to you about veterans issues," Tapper said. "But instead, every day there are these strains of attack and strains of falsehoods coming from the White House."