A new front in the assault on women's freedom: Anti-choice activists now going after birth control

Under Trump and a GOP Congress, anti-choice activists don't need elaborate excuses to go after contraception 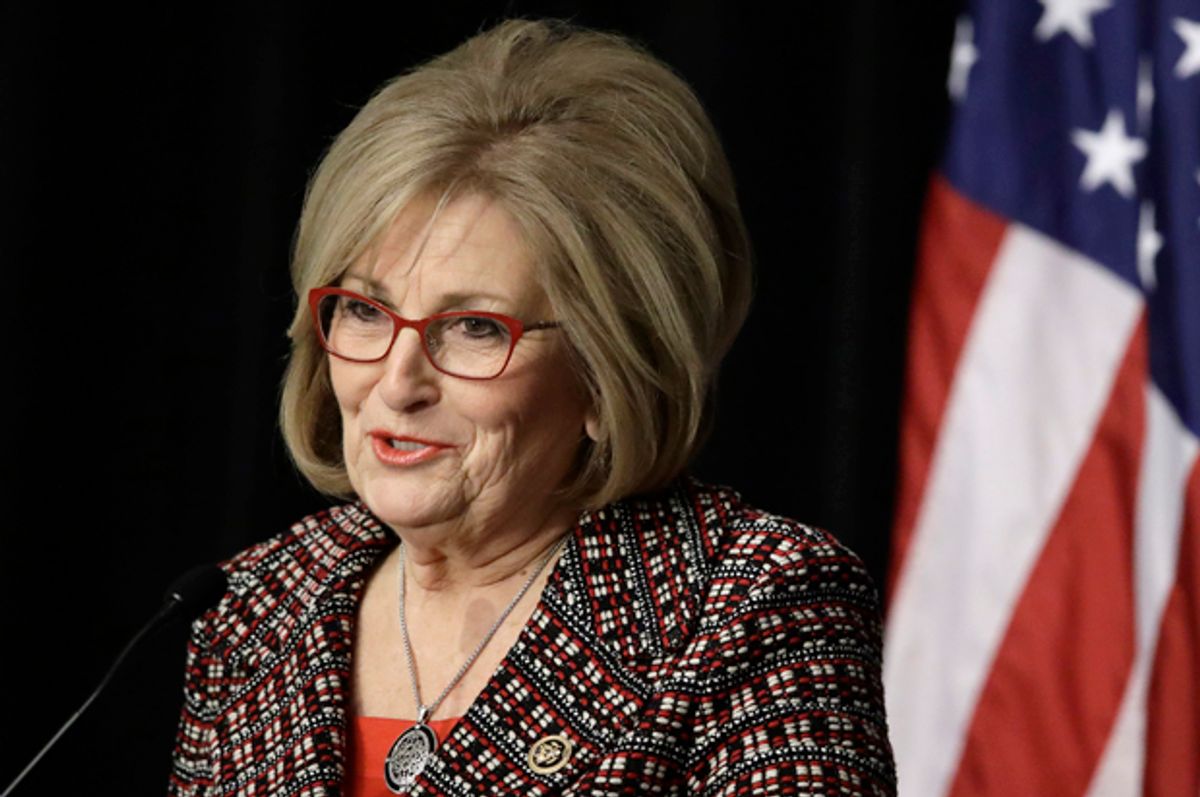 Most conservatives are masters of the bad-faith argument, but none so more than anti-choice activists. For decades now, anti-choicers have perfected the art of concealing their hostility to abortion and contraception with terms like "pro-life" and their supposed concern with "protecting women's health."

This disingenuous approach characterized the conservative response to a Department of Health and Human Services requirement, created under the Affordable Care Act, that requires insurance plans to cover contraception without a co-payment.

Until recently Republicans have framed their objections to mandatory contraception coverage with a religious freedom argument, arguing that the mandate offended the sensibilities of religious employers. Efforts to chip away at insurance coverage of contraception were largely focused on carving out broad exemptions for employers who claimed a religious objection to the mandate, instead of ending the regulation itself.

But now we're living under President Donald Trump in an America shaped by Breitbart News, and right-wingers opposed to women's reproductive freedom can zoom right past the euphemism and into the territory of belligerent misogyny.

Trump's chief strategic advisor, Steve Bannon, used to run Breitbart and under his leadership, the arguments against contraception were a bit less genteel what anti-choice activists typically prefer. The right's more openly misogynist direction may go a long way in explaining the reaction of Rep. Diane Black, one of the most outspokenly anti-choice members of Congress, to questions she was asked about contraception at a press conference last week.

It started when a reporter asked Black whether House Republicans intended to preserve the contraception benefit, if and when they finally got around to repealing and replacing the Affordable Care Act.

"Black at first answered a question about the birth control benefit by inaccurately stating that people could simply obtain care elsewhere, the GOP’s long-touted but misleading alternative to Planned Parenthood affiliates,"  Christine Grimaldi of Rewire wrote.

Yep, Black mixed up two separate anti-contraception cover stories: When objecting to insurance coverage for contraception, the standard right-wing script calls for complaining that it offends the religious sensibilities of Christian employers to let their employees have that coverage.

Black apparently got confused, however, and started reciting the script that conservatives use for another purpose — for justifying slashing the federally funded contraception that millions of women obtain through Planned Parenthood. That's when conservatives claim that women can simply go to other publicly funded clinics for contraception, even though repeated investigations have demonstrated this is simply not true.

But in the age of a Breitbart White House, there's no need to bother with nuanced distinctions between different bad-faith arguments for undermining contraception access.

"After a reporter clarified that the birth control benefit applies to insurance, not clinics," Grimaldi continued, "Black said that a comparable benefit isn’t on the table, quickly turning again to other facilities as the catchall solution."

"It's unfortunate that Rep. Black continues to misrepresent Planned Parenthood as she simultaneously threatens to rip affordable birth control access from 55 million women — all while apparently failing to understand how the birth control insurance benefit works," Mary Alice Carter, vice president of communications for Planned Parenthood Federation of America, wrote by email.

Black's plan to slash both insurance coverage for contraception and contraception funding at Planned Parenthood would derail the family-planning strategies of many women who now use birth control — probably most of them. This doesn't just concern lower-income women, either. Middle-class women will suffer if they suddenly have to pay hundreds or even thousands a year for coverage that's currently available for free.

The congresswoman's simply invoking the existence of public clinics (which can't possibly take on Planned Parenthood's patients, much less all the women now receiving contraception through private insurance) shows that she does not actually care how many women she cuts off from birth control.

Of course, this is Breitbart's America, where women who use contraception — which is more than 99 percent of sexually active women at some point in their lives — are accused of being ugly, crazy and a threat to national security. In that environment, there's little need for Black to keep up the pretense that this is anything but a war on birth control.

“Contraception is expensive," Dr. Shanthi Ramesh, a fellow of family planning at the University of North Carolina School of Medicine, explained over the phone.

She argued that women should be able to choose contraception based on effectiveness and lifestyle fit, "instead of thinking, 'How much is this going to cost me out of pocket?'"

"There is no lack of evidence that women faced barriers to accessing birth control" before the enactment of the ACA,  wrote Dr. Diana Greene Foster, director of research at Advancing New Standards in Reproductive Health, in an email. "A study of over 500 women seeking abortions before the ACA from five clinics across the country showed that 12 percent had unprotected sex because they could not afford birth control or their insurance wouldn’t cover it. Another 20 percent reported that they ran out of supplies, a problem greatly alleviated by insurance coverage and a one-year supply."

Beyond citing the practical issues, Ramesh also objected to the inherent sexism of the arguments against contraception coverage. She pointed out that a wide range of preventive services, such as vaccines and cancer screenings, are covered by ACA guidelines and include men and children as well as women.

Contraception, she said, "shouldn’t be this additional service that gets flagged separately and highlighted as different. It’s a part of being a healthy, productive member of our country, and we really owe it to women to provide them the service."

At her press conference, Black was accompanied by Lila Rose, who runs the anti-choice organization Live Action and has a long history of scare-mongering about the evils of contraception and premarital sex. In 2012 Rose participated in an anti-contraception documentary “Birth Control: How Did We Get Here?” where she took a stance against all forms of non-procreative sex, saying, "There was a time when birth control was unthinkable, when contraception was unthinkable, because people who got married — a beautiful part of marriage was the hope for children together." She also decried contraception for "encouraging sexual activity and experimentation" in unmarried people.

When I asked Ramesh about the value of sexual abstinence, the right's preferred method of contraception for someone not ready to become pregnant, she was skeptical. She noted that she advises women of all their options, including abstinence, but "it’s very few and far between that would like to rely on abstinence as their primary form of contraception,” she said.

Of course, this battle is about the larger struggle between what women want for themselves and what right-wing zealots want for them. It's just that in Trump's America, conservatives who oppose reproductive freedom are feeling a lot less shy about their desire to drive women back into subservience.