Betsy DeVos' first day on the job: They don't give teachers pencils anymore

The education secretary sent out a tweet commemorating her first day, but then she got educated on challenges ahead 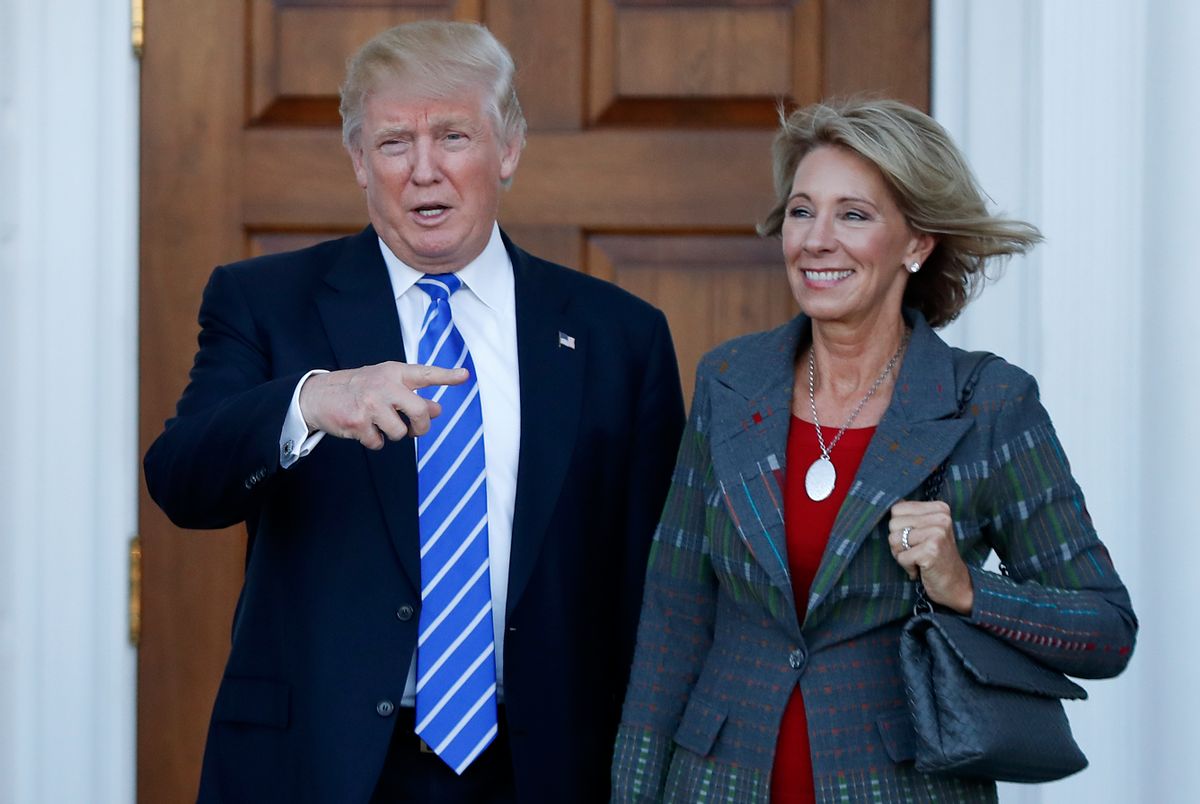 On her first day as the head of the education department, Betsy DeVos learned that American teachers have to buy their own pencils.

In a tweet that quickly went viral, Devos shared her first moment in her new office.

Day 1 on the job is done, but we’re only getting started. Now where do I find the pencils? :) pic.twitter.com/0vRKF1opE9

What was supposed to be a harmless message has now been turned against her. Hundreds -- from retired teachers to concerned citizens -- responded to the tweet by informing the new education secretary that many school districts lack the resources to provide enough pencils for their classes.

Teachers usually buy pencils out of their own pockets. Maybe @BetsyDeVos could buy them where she bought the senators who confirmed her. https://t.co/MMtnbpoS4a

"Where are the pencils *smiley face*" meanwhile teachers all over the country have to use their own money to buy supplies for their classes.

.@BetsyDeVos FYI, many American public school teachers have to spend their own money on supplies, including basic supplies like pencils.

Buy the pencils with your own money as most public school teachers have to. We know you have it. You bought your job. https://t.co/aFYVoSCbDc

Teachers often have to buy the pencils @BetsyDeVos (and other teaching tools). Ex: ✏️📚📓🖌🖇#education #day1 https://t.co/CojawcrMj3

The billionaire Republican donor reportedly delivered her first public message to education department staff on Wednesday, during which she acknowledged the backlash she faced in the confirmation process.

"The events of the last few weeks have likely raised more questions and spawned more confusion than they have brought light and clarity," Devos said. "So, for starters, please know I'm a 'door open' type of person who listens more than speaks."

Devos attempted to find humor in her problematic confirmation, saying the process was "kind of a bear."

"We believe students deserve learning environments that foster innovation and curiosity, and are also free from harm," Devos said seriously at a later point in her address. "I'm committed to working with you to make this the case."