President Trump has called for the defunding of sanctuary cities, but the benefits they provide outweigh the bad 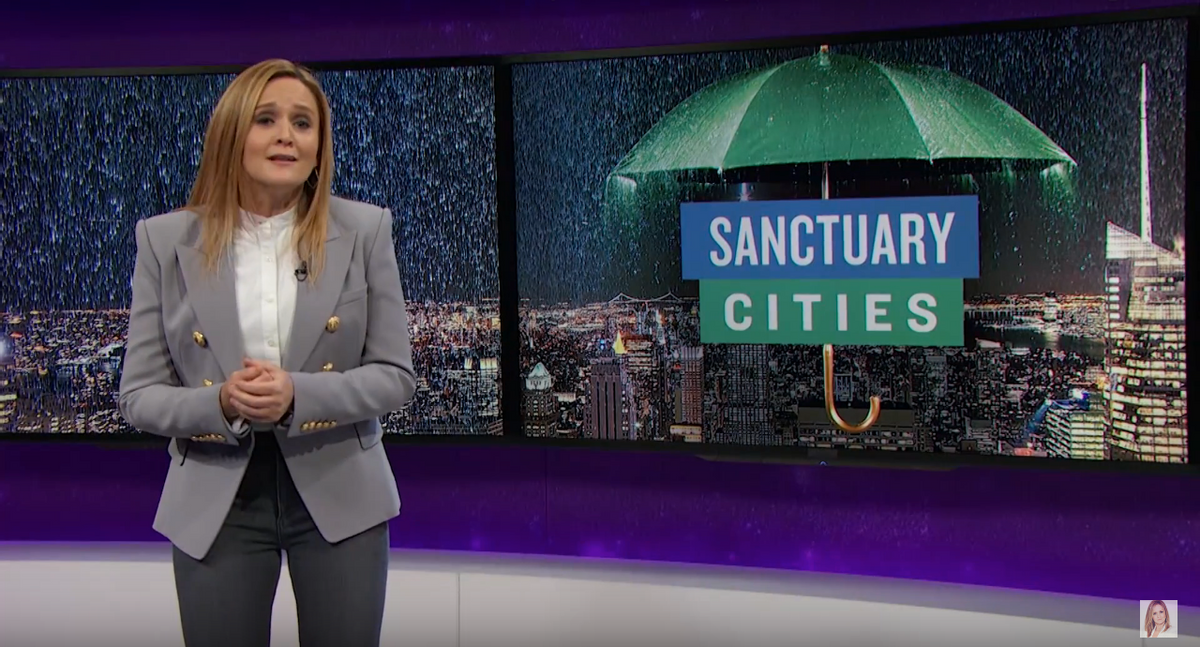 Now that President Trump has aimed his fury at sanctuary cities, questions regarding the merit of these cities, and the fate of the undocumented that live in them, have abound. Samantha Bee attempted to answer these questions Wednesday night.

"What are sanctuary cities? Are they where artists and the LGBTQ community seek sanctuary from the red states they were born? Or are they magical urban nature sanctuaries where endangered animals live like people? Yes they are," Bee joked. "They are also places where undocumented people do not have to live like animals."

The "Full Frontal" host recognized the threat President Trump poses to so-called sanctuary cities, municipalities where the policy is to not prosecute undocumented immigrants for violating federal immigration laws, thereby ensuring that all residents have access to the city's services, regardless of immigration status. Last month, Trump threatened to deprive sanctuary cities of federal funding if they do no comply with his new immigration policy. Bee pointed out this was kind of absurd, given that America's sanctuary cities make up most of the country's GDP.

"Threatening to withhold money from sanctuary cities makes as much sense as Macaulay Culkin's parents trying to dock his allowance," she joked.

Bee then explained that Trump did not invent this hostility to sanctuary cities.

"For the attentive Fox News viewer, sanctuary cities are dystopian hell pits of lawlessness where hordes of non-English speaking illegal immigrants roam the streets at night, eating stolen tacos and murdering as many people as they want with no consequences whatsoever because crime-loving liberals swoop in to save them from punishment," Bee said. "That's right liberals. States rights are not just for racists anymore," she added.

This pessimistic outlook on sanctuary cities does not match reality, Bee noted. They actually enable law enforcement to police the community.

"Sanctuary cities are not just a hippy kumbaya global music CD of an idea. Police say that having 100,000s of immigrants too scared to say something when they say something kind of makes their job harder," she said.