Trump's unpopular border wall will cost upwards of $20 billion, will be a political and bureaucratic nightmare 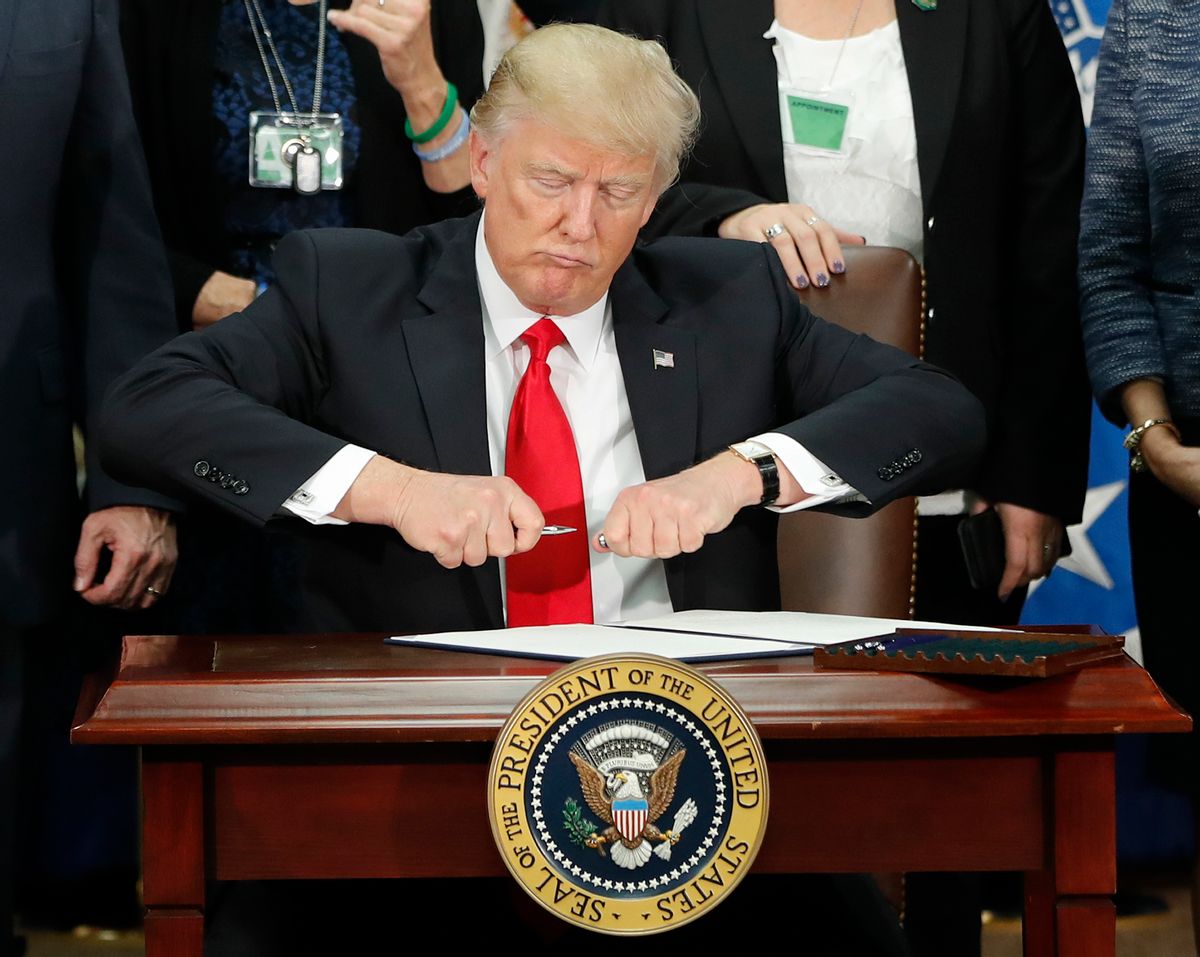 President Donald Trump campaigned on a pledge to build a nation-securing barrier along the southern border to protect the country from undocumented immigrants, and he insisted that Mexico would be forced to foot the bill. After winning election, Trump changed his position: U.S. taxpayers would pay up front for the wall, and Mexico would reimburse us (somehow) on the back end.

But don’t worry,“the wall” would be cheap. Trump said building the wall wouldn’t cost all that much money — $8 or $12 billion, tops — because no one is better at building than Donald Trump.

One of the first things Trump did as president was sign an executive action directing the secretary of homeland security to “take all appropriate steps to immediately plan, design, and construct a physical wall along the southern border.” Shortly afterward, House Speaker Paul Ryan announced that Congress would appropriate funds to build Trump’s wall, which he guessed would cost $12 to $15 billion.

The Department of Homeland Security got busy with the planning phase of Trump’s wall and — surprise, surprise — the project is already looking like it will be far more expensive and difficult than was conveyed by Donald Trump’s campaign rhetoric. As Reuters reported this week, a preliminary DHS report found that the wall could cost as much as $21.6 billion and will face a whole slew of bureaucratic, environmental and foreign policy hurdles before it can be completed.

That estimate lines up pretty well with independent estimates for the cost of building a border wall. Yet none of these estimates accounts the additional costs of maintaining this massive construction project once it’s completed. So the best guess right now is that American taxpayers will be on the hook for about $20 billion up front, with still more outlays stretching off indefinitely future.

And, as I’ve written before, we’re being asked to shell out this money for a “security” feature of extremely dubious utility. Border apprehensions are about 25 percent of what they were in 2000 while the numbers of Mexican migrants captured coming into the country in recent years are at a near-historic lows. The completed wall itself will be over 1,200 miles long, composed of fencing in certain places and likely interrupted by rough terrain where construction is too difficult -- which will afford migrants many opportunities to breach, climb over or go around the barrier. Of course, no physical obstacle will prevent people from overstaying their travel visas.

The border wall is also highly unpopular, with 59 percent of respondents to a recent poll from Quinnipiac University believing that Trump should not build a wall. When reminded that the Mexican government has refused to pay for the wall and that it will be funded by taxpayers, opposition to the wall inched up to 63 percent. Members of Congress who represent border districts are skeptical of Trump’s plan — Rep. Will Hurd (R-Tex.) described a wall as “the most expensive and least effective way to secure the border.” People who live in those districts also voiced opposition to building a wall along the border.

On top of the costs and the political problems, the administration will also have to fight some unseemly court battles to seize private and state-owned land so it can be built on. The U.S. also has a treaty with Mexico that governs where and how physical structures can be built along the border so that they don’t disrupt waterways. The bureaucratic and regulatory problems associated with a project of this scale stack high and slogging through them will be no small task.

The only real reason we’re going forward with the wall is that Donald Trump promised he would build it, and Paul Ryan is willing to give him the money for it. As the Reuters report notes, the government is already in touch with contractors and planning out steel purchases, so there’s every reason to think that the Trump administration is serious about this project. The wall will be, more than anything else, a monument to President Trump’s campaign promises — an extremely expensive monument that will cost close to triple his absurdly low estimates.