Bill Kristol, Donald Trump and the "one weird trick" that overturned American politics 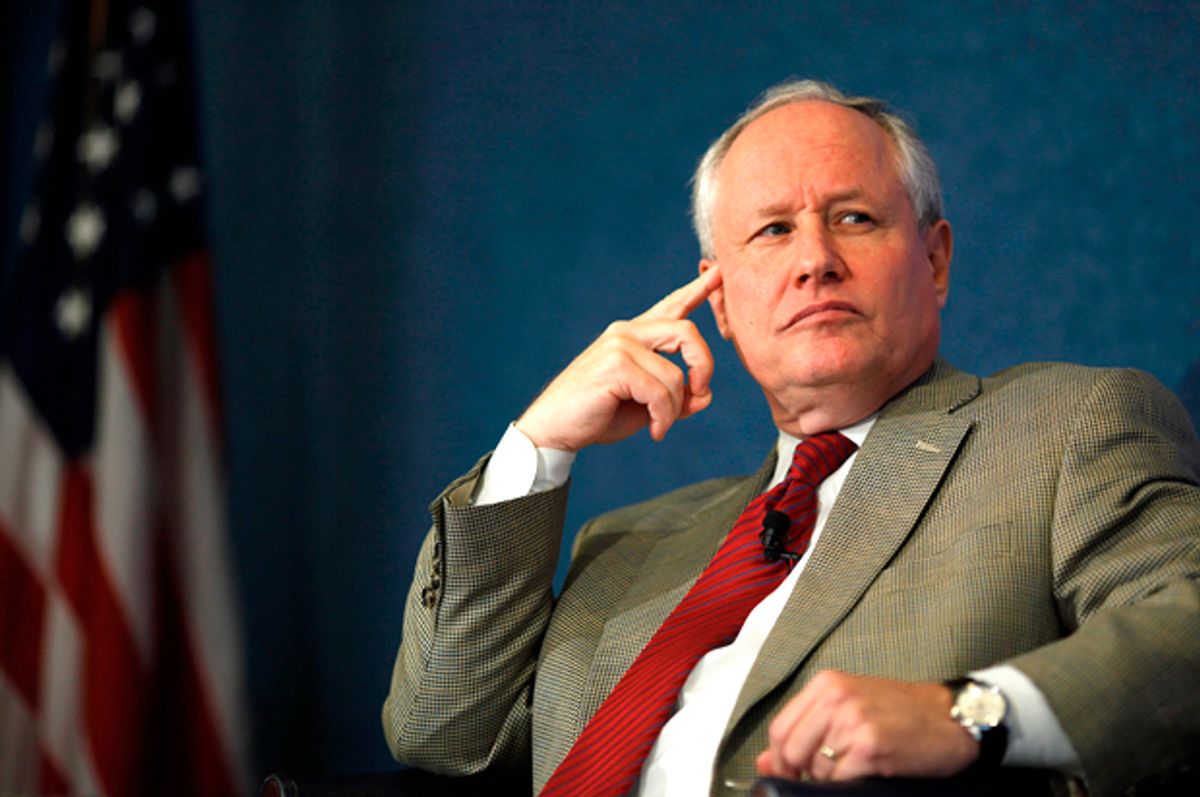 If you’ve spent any amount of time on the web, you’ve come across advertisements for nutritional supplements being marketed as “this one weird trick” that will cure cancer, baldness, diabetes, your inability to get a date and pretty much anything else. Of course, these claims are ludicrous and fraudulent; the Federal Trade Commission has been going after them since 2011. Common household spices don’t hold the cure to medical conditions and eating 500 acai berries a day will just give you heartburn.

While there are no shortcuts to scientific discovery, political success is an entirely different matter. Donald Trump’s rapid rise from WWE sideshow to the Oval Office is a testament to that. Despite the countless gaffes, lies and factual errors that he’s made in his short political career, his enemies just can’t get rid of the guy.

That’s because Donald Trump has discovered the one weird trick about politics: People want to feel like their leaders care about them. Amazingly, this is something that Trump’s foes still haven’t entirely understood.

There’s plenty of evidence that Trump’s policies of removing regulations on Wall Street and his desire to remove the medical insurance subsidies that many families receive as part of the Affordable Care Act aren’t exactly compassionate. Eventually, the Midwestern Democrats who crossed party lines to vote for him will figure this out.

That may take a while, however, given how prone the president’s opponents are — on both the left and the right — to regard the average people who gave Trump his surprise victory with both contempt and indifference.

Bill Kristol, founder of the conservative magazine Weekly Standard, provided a perfect example of this during an interview he conducted on Tuesday at the American Enterprise Institute with Charles Murray, author of "Losing Ground," a book that examines how the social mores of lower-income white Americans have changed drastically as compared with those of upper-income whites.

Looming large over the entire discussion was Trump's election and the way he had successfully leveraged his brand as a “blue-collar billionaire” to depose a bevy of Republican also-rans and the then heavily favored Democratic nominee Hillary Clinton.

While some conservatives have finally begun to realize that their free-market fundamentalist attitudes are a huge turnoff to people earning less than $1 million a year, Kristol, who was at the epicenter of the failed NeverTrump movement, appears to be concerned that some on the right are willing to begin to think that worshipping “job creators” is neither good politics nor good policy. It was a lesson they ought to have learned after the GOP’s 2012 nominee, Mitt Romney, destroyed his campaign with his infamous “47 percent” pronouncement.

After Murray went on at length about how many white people are now exhibiting the same negative social behaviors that prompted former president Lyndon Johnson to launch his “War on Poverty,” Kristol said that he worried that public intellectuals were “accommodating too much to Trumpism or the working class’ anxieties and concerns.” Instead, the conservative journalist argued, politicians should “worry about the country as a whole.”

Apparently, no one has ever told Kristol that "working class" can be defined as referring to anyone who works for a living and lives paycheck to paycheck, as opposed to the people who live off investments — in other words, the vast majority of Americans.

But Kristol wasn’t done with his display of callous disregard toward his fellow countrymen. After referencing Murray’s research on how labor force participation rates for uneducated Americans have declined precipitously in recent years, Kristol wondered if it weren't time for employers to get some replacements for the “decadent, lazy and spoiled” people who just won’t work.

“Look, to be totally honest, if things are so bad as you say with the white working class, don’t you want to get new Americans in?” the veteran journalist asked.

After saying, “I hope this thing isn’t being videotaped or ever shown anywhere,” Kristol continued:

You can make a case that America has been great because every — I think John Adams said this — basically if you’re a free society, a capitalist society, after two or three generations of hard work everyone becomes kind of decadent, lazy, spoiled — whatever. Then, luckily, you have these waves of people coming in from Italy, Ireland, Russia and now Mexico, who really want to work hard and really want to succeed and really want their kids to live better lives than them and aren’t sort of clipping coupons or hoping that they can hang on and meanwhile grew up as spoiled kids and so forth. In that respect, I don’t know how this moment is that different from the early 20th century.

While particularly offensive in its expression, Kristol’s argument is nothing new: American conservatives have been making it for many decades now.

What is new here is that, beginning with Romney, conservatives have begun applying language that they’ve typically reserved for lower-income black Americans to the lower-income whites who largely vote for Republicans.

National Review libertarian writer Kevin Williamson did the same thing last year in a lengthy treatise that made many of the same points, adding only that Trump supporters who live in rural areas negatively affected by outsourcing need to move elsewhere rather than seek assistance from Trump, the government or anyone else.

Despite his belief in numerous conspiracy theories, his enormous self-centeredness, pettiness and record of personally trying to stiff his contractors and partners, Donald Trump would never be so stupid as to say that. As I’ve written, at least some of his policies reflect an orientation toward the needs and desires of regular people. He’s not interested in privatizing Medicare or Social Security; he wants to spend a trillion dollars on economic stimulus and he has interests in common with labor unions on oil pipelines and foreign trade.

But conservative intellectuals and politicians are not the only ones who have exhibited disdain or indifference to Americans who think and live differently than they do. Diffidence toward the average Joe and Jane was suffused throughout the failed presidential campaign of Hillary Clinton.

Many of Clinton’s domestic policies would have been beneficial to the public, quite likely more so than Trump's. But there was no escaping the impression that Clinton didn't much like to interact with the public. And the dislike felt toward Clinton by many Americans was something that many liberal activists and journalists simply didn't want to admit really existed. That suppression of an inconvenient truth was touched on by NBC host Chuck Todd, in controversial fashion, last month on “Meet the Press.”

Where I think political correctness got in the way of what we all knew as reporters and didn’t fully deliver was how hated the Clintons were in the heartland.

Beyond that, Hillary Clinton failed to realize that she needed to be the president of all the people, not just the ones who identify as liberals or Democrats. Her fatal slur in depicting half of Trump’s supporters as belonging in a “basket of deplorables” provided a perfect rallying cry for him in much the same way that Mitt Romney’s “47 percent” remark helped Barack Obama in 2012.

Even Clinton’s slogan “I’m with her” literally meant nothing more than an expression of self. I don’t think it’s fair to say that Clinton’s staffers primarily ran an "identity politics" campaign. They did something worse than that: They ran an entitled campaign, one that pretended the issues facing the country hadn’t changed since Bill Clinton ran for office and that neglected the deep-seated desire for something different that always exists after eight years of any presidency.

With Trump in the White House now, Democrats will have to relearn the lesson Bill Clinton taught them in the 1990s: Politicians need to feel their public’s pain. Simply sitting back and waiting for demographic change to deliver majorities isn’t enough — not just because any movement for social justice must also include disadvantaged white people but also because ground-level conversations and the policy modifications that they inspire are what Democrats need in order to maximize black and Hispanic turnout.

Furthermore, if the Trump revolution drives the GOP to discard its billionaire fetish, Democrats may face a much bigger problem than they do already.