CNN and sticking to your guns: A lamentation by Bill Moyers

I thought CNN was taking a courageous stand against White House lies. I was mistaken 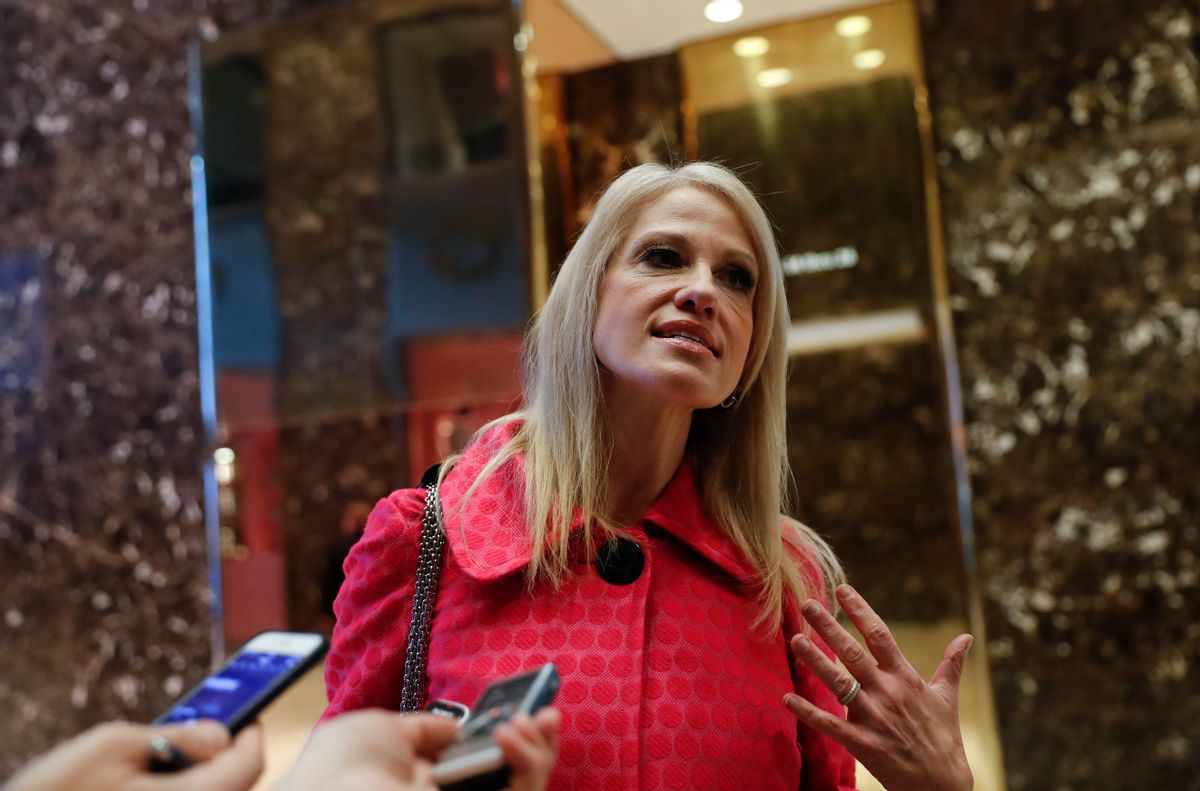 Well, I certainly got that one wrong.

Based on news reports, and after two phone calls to check them out, on Tuesday I wrote a column saluting Jake Tapper and CNN for saying, “No!” to Kellyanne Conway when the White House offered her up as a guest for Tapper’s Sunday program. Except for Fox and Breitbart, I said, no news organization had been more useful to Donald Trump’s presidential candidacy than CNN, but now it appeared they were fed up with serving as a springboard for the lies tossed around like grenades by Trump’s propaganda minions — most notably Ms. Conway, the president’s senior adviser who doubles, I pointed out (with apologies to my late Baptist deacon father for the language) as the administration’s official Queen of Bullshit.

Standing up to her took some guts from Tapper and his network, given the fear and loathing Trump directs at journalists who dare exert some First Amendment independence, and I said so in the column:

“So yes — let’s salute CNN for this one small step of resistance — for refusing to give Kellyanne Conway a forum to push the lie a little further. Perhaps I am making too much of one incident, but cheers nonetheless to Jake Tapper… Maybe, now, someone else will follow, another domino will fall, and another and another — until we in the press have collectively reclaimed our courage and independence from complicity with the state.”

I finished the column, hit “Send” (you can read it in its entirety here) and went to do some chores, feeling a tiny bit more hopeful about my craft. On my rounds, I even fancied that in protest against the vilification constantly aimed at them by Trump and his thuggish enforcers, perhaps CNN and the other big guys on the block would pull out of the annual White House Correspondents Dinner this spring, that godawful spectacle where journalists and their corporate masters — those with much business pending before the government — preen and prance with the privileged and powerful. All are one, on a night of reveling reminiscent of the court at Versailles when it was the seat of power in the kingdom of France.

And then I was rudely awakened. Word came that CNN had reversed itself. The ban had been lifted. Conway was back — and being interviewed at that very moment by none other than Jake Tapper, whom I had only hours earlier hoisted on a pedestal.

What had happened? We may never know. Obviously, someone high up at CNN had ordered the turnaround. My sources there said they simply didn’t know who it was.

To be fair, in the rematch, Tapper was in fighting form. He questioned Conway relentlessly and pressed when she evaded, dodged or dissembled, as she did throughout their exchange, even asserting that the administration has “a high regard for the facts.” In all this, he held his own.

Nonetheless, the very premise of these broadcasts always enables Conway to declare “Mission Accomplished” when she returns to the White House. No matter how aggressive the questioners (and most are not, except in a rigged sort of way), she manages to drop more lies into the public discourse, reinforce Trump’s base with the “alternative facts” they prefer to reality, and come across as Joan of Arc breaking the siege of Orleans. Like her boss, she often turns a question into a chance to make herself the victim: “I know firsthand what it’s like to have all the haters descend upon you,” she told Tapper. She is masterful at avoiding a question by changing the subject. When he tried to engage her on Trump saying things that are “demonstrably not true,” she responded, “Are they more important than the many things that he says that are true that are making a difference in people’s lives?” Well, yes; it’s the lies that kill democracy. If the doctor tells you the MRI shows cancer in the liver, you don’t reply, “That’s okay. My lungs are clear.”

With network talk shows, the format favors the fabricator. Conway’s the one determining the course of the interview.

CNN, expressing “serious questions about her credibility,” was right on Sunday to refuse her a forum — something press critic Jay Rosen has been urging for some time, arguing that the networks must stop booking someone who so obviously refuses to deal honestly with viewers. There were even hints the network was considering a permanent ban, the surest way to prevent a professional con artist from using you to pollute the airwaves with one flagrant lie after another. CNN’s change of heart Tuesday was a blow to its own credibility, and a disappointment to many hoping for greater courage among the media. My own cheering was premature; I have to take it back. Hereafter, I will keep in mind Charles Dickens’ counsel not to trust flat things coming round.