How I escaped being a right-wing extremist 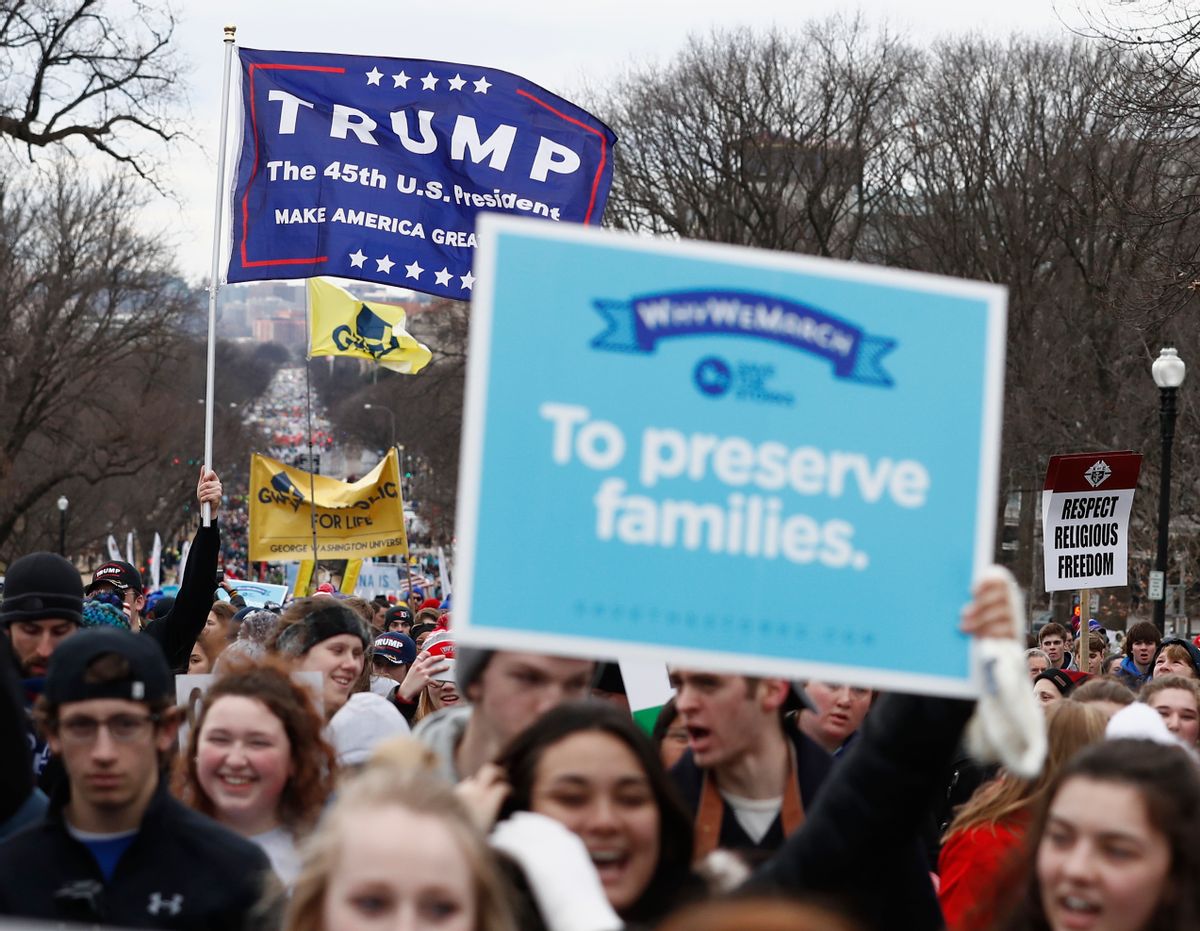 I was raised in the '80s to be a right-wing extremist like my father. I was sent to an extreme right-wing (John Birch Society) summer camp where I was brainwashed to be a heartless, paranoid conservative, just like my dad. I used to believe that homosexuals, atheists, immigrants, liberals and anyone who wasn’t white like us, were out to take away our rights as good, god-fearing Americans. When I heard the words humanist, environmentalist, feminist, educated, and equal or civil rights, I’d get irritated, suspicious and angry.

I was taught that if someone challenged my statements or beliefs, they did so because they were scared or intimidated and afraid of the cold hard truth. I was taught that liberals and Democrats were brainwashed and trained to ignore the truths regarding what was really going on in America. Arguing with a liberal was a complete waste of time, my dad would say. They were too dumb, too brainwashed and there was no way we could change their minds. Every time someone argued with me about anything, I felt contempt. I felt ridiculed. I felt like they were telling me I was stupid and wrong. I felt they were telling me that my parents and everything I knew to be true was a lie. Just having someone argue with me or having my point of view challenged made me angry, regardless of the facts presented. I was taught not to believe your facts.

If you are wondering how to deal with a member of America’s extreme right, forget it. It’s a waste of your time. In fact, the harder you try to convince right-wingers or Trump voters that Trump is destroying America, the more they'll support Trump and argue with and belittle you. As much as we all want every American to be mature, compassionate and to believe only in actual facts, it’s not going to happen anytime soon. They think of us as their enemies. The GOP has been overthrown by the extreme right and they have zero interest in working together to actually keep America great.

It’s taken me over three decades to reject the filth, paranoia and brainwashing that my dad, the extremist John Birch Society and the National Rifle Association emphasized. Both of my parents hate me for rejecting their nonsense. If I was more like them or Donald Trump, Timothy McVeigh, Ted Cruz, Ted Nugent or David Duke, they’d be happy. Since I was 17 — I’m 48 today — I’ve worked hard to not be anything like my dad. I’ve countered much of the ideology and negativity that was ingrained in me, but it’s been a struggle overcoming the lack of reasonable and honest judgment that was omitted from my upbringing.

I first began writing my thoughts down in 2011, after getting extremely frustrated with both of my parents when visiting with them for family events. I was also freaked during the 2012 presidential election when a few of the candidates started speaking nonsense and hate—things I had heard when I was an impressionable teen. That 2012 election revealed a lot about America when extremism began making the gradual shift from the fringe to the mainstream, and its cause gained a serious amount of traction.

Over time, it became obvious that I was writing a book about the role my parents (specifically my dad) played during my childhood, intentionally or not, in corrupting my life by molding me to be just like them. I shudder to think of what sort of person I would be today had I not escaped the influence of my upbringing. I’ve always known that there was something wrong with my parents. Had I not come to understand this, I’d likely be dead, in prison or be a right-wing extremist politician.

Hate or Be Hated: How I Survived Right-Wing Extremism is my story of being raised by a paranoid, white-trash hillbilly in the woods of western Washington preparing for the impending communist invasion or overthrow of our country. One hundred percent of all book sale proceeds are going to the ACLU. It’s about how it took 30 years to undo the right-wing brainwashing I endured as a child. It gives a glimpse into what kind of family produces Americans who are primed to believe fake news and put their trust into anyone who seems as angry as they are. This book is about my personal journey and the way these attitudes directly caused so much suffering in my own life as well as how they are still influencing the choices and decisions being made by a large percentage of people in this country today. It’s about my anger and embarrassment over who I was and how I was raised in an environment that didn’t value empathy, honesty or caring. I am angry and embarrassed that on some level, I still want my dad to be proud of me.

Only in the past few years have I been able to look back over the life I’ve lived and seriously examine my childhood. I’ve had to come to terms with the thoughts, decisions and actions that were a direct reflection of what my parents taught me as a young boy. This examination has been stressful and unsettling and has brought to the surface a lot of deep-seated anger which I’ve carried most of my life. I never understood it until recently. No child should experience the paranoia, despair and isolation that my dad instilled in me. No child should be taught by radical right-wing American extremists that the only options in this life are to “hate or be hated.”

The United States of America has undergone a major upheaval and most people are still struggling to understand what the hell happened. What’s happened is done. The Republicans won and we need to get over that and never quit fighting to save this country. The only issue left at hand is that all of us, the Democratic Party and all progressives and true lovers of freedom must unite now or we’re going to be looking at more than just four years of this terrifying situation. We have to work together. All of us. Just like they did.