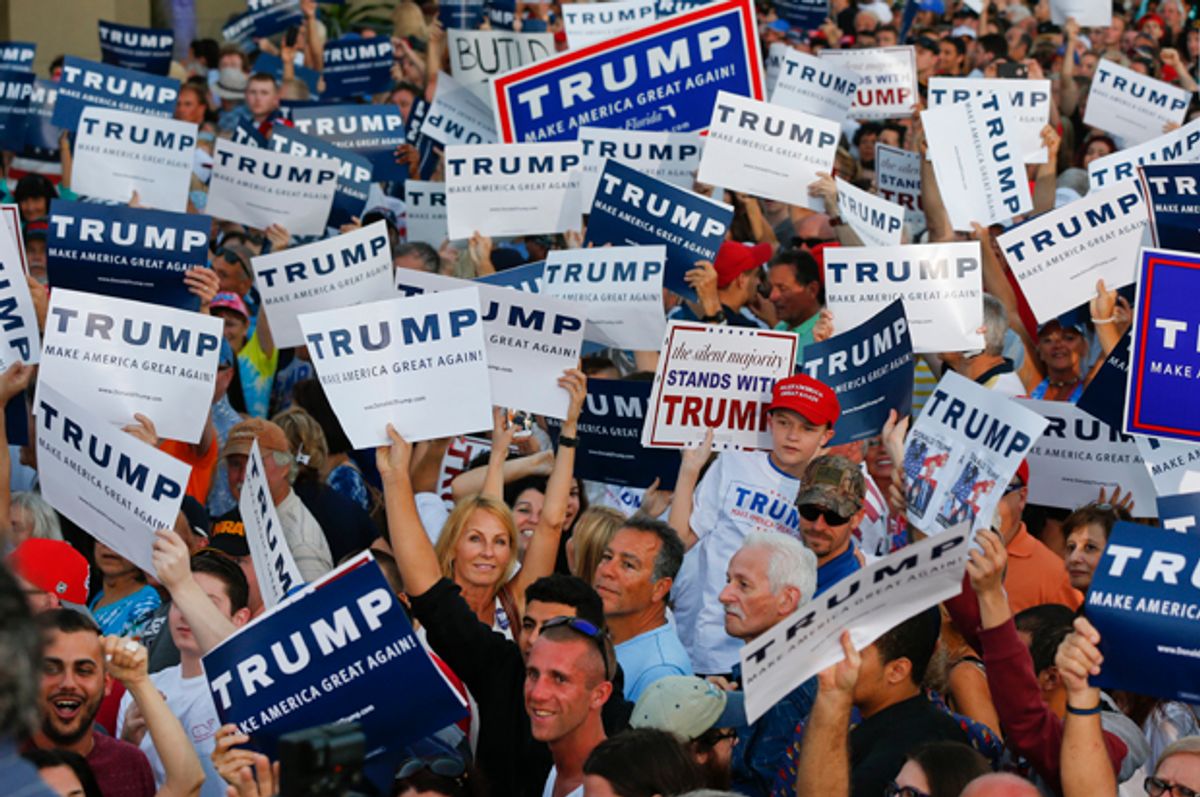 After Kellyanne Conway falsely said on three separate occasions that people died in a terror attack in Bowling Green, Kentucky, liberals and opponents of the new administration mocked her gaffe by pledging to never forget the event that never happened.

But, for supporters of President Donald Trump, the nonviolence that occurred on that non-tragic day has shaped their worldview. According to the latest national poll from Public Policy Polling, 51 percent of Trump voters say the so-called Bowling Green massacre showed why the president's immigration policy is needed.

The poll's findings corroborated previous surveys, which have found that Republican voters have relied on fiction to justify their policy positions.

A 2015 PPP poll found that 30 percent of Republican primary voters supported bombing Agrabah, the made up home of Disney's "Aladdin." In that same poll, more than a third of Republican voters indicated they believed Trump's false claim that thousands of Muslims in New Jersey were cheering on the rooftops on 9/11.

The most recent poll can be interpreted to mean that the GOP base is perfectly content with living in the world of "alternative facts." Only 23 percent of Trump voters said that they disagreed with the premise that the Bowling Green massacre warranted the executive order that placed an immigration ban on seven Muslim-majority countries, while 20 percent of Trump voters said that they were unsure if the terrorist attack that never happened was a factor in Trump's decision.

Hillary Clinton voters may have been better able to identify the trick question. Only 2 percent of Clinton voters said that the Bowling Green massacre justified the immigration ban.