The actor wanted to show what resistance looks like, but people who watched the live feed saw Nazis instead 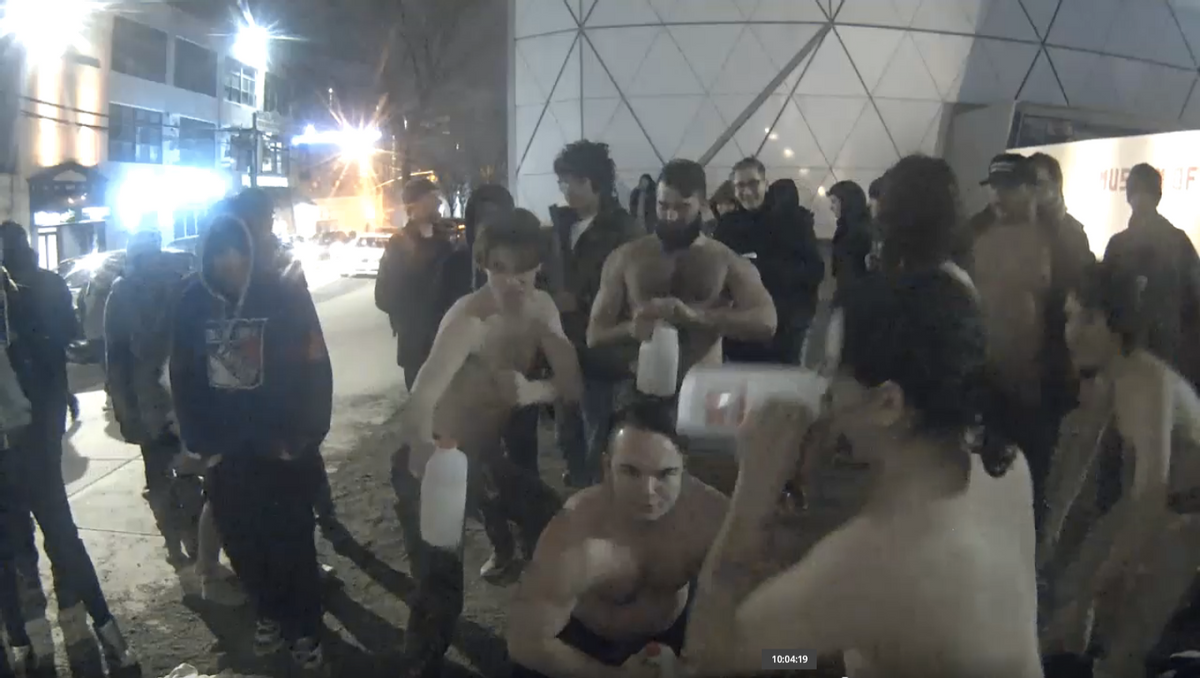 Intended to last until President Donald Trump vacates the White House, Shia LaBeouf's exhibit that defied the new president has been shut down after becoming a "flashpoint for violence."

LaBeouf, along with artists Luke Turner and Nastja Ronkko, co-founded the project, which invited New Yorkers and tourists alike to appear before a camera at the Museum of the Moving Image to chant the name of his latest exhibit, "He will not divide us." The camera broadcasted a live stream that enabled internet users from around the world to watch people participate.

Alas, the exhibit has been removed after becoming "a flashpoint for violence," a statement from the Museum of the Moving Image explained.  The museum claimed to receive "dozens of threats of violence" and said that "numerous arrests" were made on the property, according to the statement. The most notable arrest involved LaBeouf himself, who was caught shouting down a Trump supporter on the live stream, and appeared to make contact with the man's face. After the enigmatic actor's arrest, his fellow protesters carried on the project without him. Days later, neo-Nazis began descending onto the museum.

Last Sunday, in the early hours of the morning, a group of shirtless white supremacists surrounded the camera, drinking bottles of milk and promoting alt-right radio shows. Police eventually had to disperse the rowdy crowd, which apparently concerned the museum hosting the exhibit.

A statement on the project's website says that while the museum has abandoned the project, "the artists, however, have not."

Watch Neo-Nazis take over the exhibit below: