White House officials think titans of industry should be thankful to work with Trump, as if he were the godfather 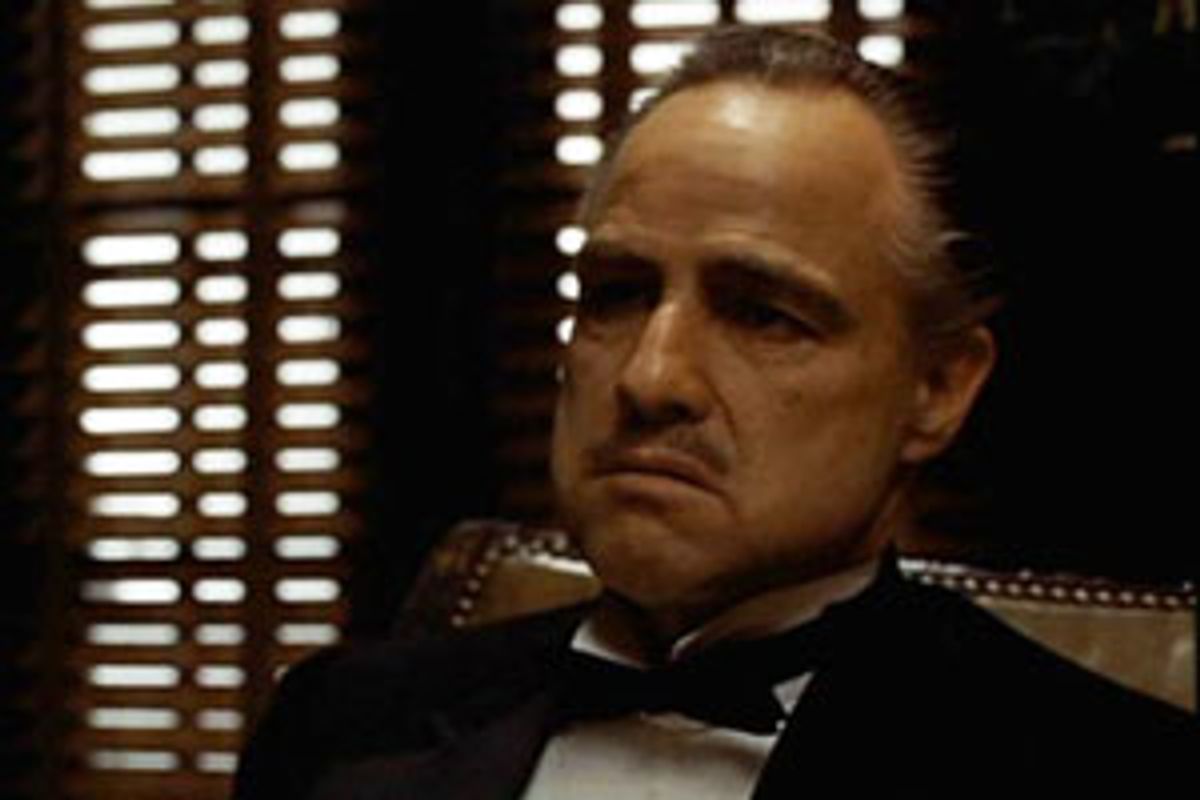 According to Dan Primack and Mike Allen at digital news startup Axios, this is how a member of Presdient Donald Trump’s inner circle reacted to Uber CEO Travis Kalanick’s decision last week to step down from an elite group of business leaders who are advising the president on government policies.

The unattributed (but also unchallenged) quote above suggests that White House officials, if not the president himself, feel these titans of industry,  including the heads of Disney, Wal-Mart, General Motors and IBM, should be thankful to pass through the high gates of 1600 Pennsylvania Avenue — as if they were about to curry favors from the godfather.

For Kalanick, the cost of this VIP access to the Strategic and Policy Forum was too high.

Following Trump’s executive order on “extreme vetting” of Syrian refugees and immigrants from seven predominantly Muslim countries, Kalanick’s company was hit with a public relations crisis. The problem began Jan. 28 after Uber drivers ignored calls from local taxi drivers to stop picking up passengers from New York City’s JFK airport as part of a daylong nationwide demonstration. Anger against Uber quickly spread across social media with calls to ditch the popular ride-hailing service, a boycott that overwhelmed Uber’s computer systems with a flood of demands from customers to cancel their accounts.

“Consumers know that they have the power to influence companies and their bottom lines and have become more [active] over the recent years,” said Leslie Gaines-Ross, chief reputation strategist for the New York-based PR firm Weber Shandwick. “Corporate reputations are at more risk than ever before because there is more scrutiny and a greater demand for transparency.”

The anti-Uber protesters pivoted to focusing on Kalanick’s participation the policy forum, which led him to step down for damage-control purposes. Uber later joined 126 other companies (largely drawn from the tech industry) that have signed a friend of the court brief in support of the state of Washington’s legal challenge to Trump’s immigration order. On Thursday the U.S. 9th Circuit Court of Appeals maintained an injunction barring the president from enforcing his executive order while a Seattle federal judge continues to examine the legality of the order.

“Travis was in a really difficult spot," Steven Schwarzman, chairman, CEO and co-founder of private equity firm Blackstone who heads the president’s policy forum, told CNBC following the group's first meeting with the president at the White House on Feb. 3. "His business was being adversely affected.”

Such are the risks when CEOs decide to so publicly hobnob with national leaders, especially one like the current president, according to Paul Argenti, professor of corporate communications at Dartmouth University’s Tuck School of Business.

Kalanick has certainly learned a lesson about being tainted by Trump, but what about the other members of the policy forum, which include Jamie Dimon, chairman and CEO of JPMorgan Chase & Co. as well as Disney boss Bob Iger and the head of Wal-Mart, Doug McMillan?

“We are very focused on what this means to our employees and our company,” General Motors spokesman Patrick Morrissey said in an emailed statement to Salon when asked if policy forum member and GM CEO Mary Barra had come out in opposition to the executive order. “We feel quite strongly about valuing all people.”

Six other of the companies and organizations represented in the policy forum have made similar statements, either publicly or through internal communications provided to media outlets, but have stopped short of challenging the president. GM, Cleveland Clinic, JPMorgan Chase, Disney, IBM, EY and BlackRock have made some or all of these three points — that they want to help their employees affected by the immigration ban, that they value inclusivity and that the order could adversely affect their businesses. (Notably silent has been Wal-Mart and five privately held firms.)

What these companies didn’t do is publicly oppose Trump’s executive order in no uncertain terms. It’s not clear, for example, if any of these executives would be willing to walk away from the forum in protest if Trump harms their business and employees, not to mention undermine a core American principle about “huddled masses yearning to breathe free” with his blanket indefinite ban on Syrian war refugees.

Only one member of the policy forum has joined Kalanick in taking an active stance in opposing Trump’s executive order: Tesla and SpaceX co-founder and CEO Elon Musk, who, like Kalanick, faced a barrage of criticism about his involvement in the policy forum. But instead of stepping down from the forum, Musk chose to remain a member while also joining Kalanick in supporting the friend of the court brief (through his companies SpaceX and Tesla) challenging the president’s ban.

“Activists should be pushing for more moderates to advise President, not fewer,” Musk wrote on his official Twitter feed on Sunday in response to calls on social media for him stop participating in the policy forum. “How could having only extremists advise him possibly be good?”

Argenti, who has written about and lectured on corporate-reputation issues, said that despite Musk’s decision to join the forum in the first place, he’s doing the right thing by doubling down and saying on the forum.