After receiving the cold shoulder, President Trump folded to China and reaffirms its one China policy 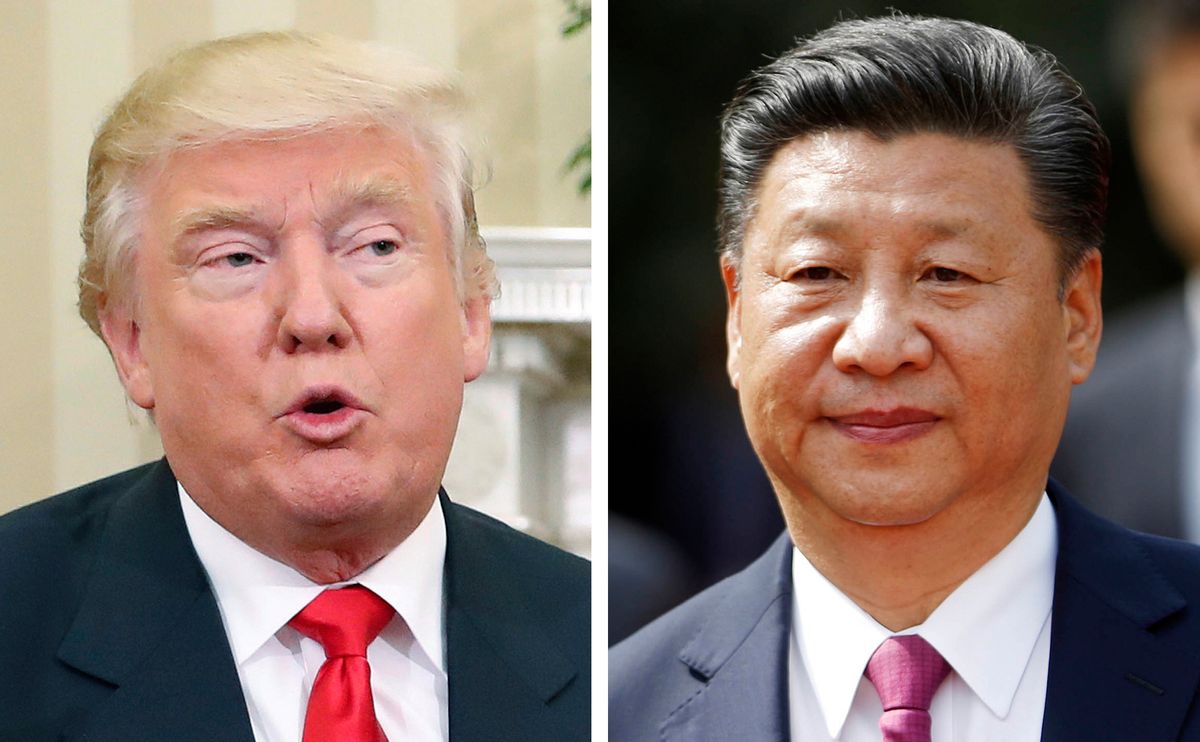 After weeks of bitter silence from China, President Trump, the mastermind behind "The Art of the Deal" abruptly caved to President Xi Jinping in a phone conversation Thursday night, embracing the long-standing "one China" policy, despite previous indications he would re-evaluate the United States' position.

In a statement, the White House said that Trump and Xi had a lengthy conversation Thursday evening, in which the two leaders discussed "numerous topics and President Trump agreed, at the request of President Xi, to honor our 'one China' policy."

During Trump's transition, he appeared to have started a diplomatic feud with China after speaking with Taiwanese President Tsai Ing-wen, an act that many foreign experts predicted would cause a problem for Beijing. The call was the first conversation between a U.S. president and a Taiwanese leader since 1979, when the U.S. began adhering to the "one China" policy, which asks the U.S. to consider Taiwan as part of the single Chinese nation.

After the call, China cut all diplomatic channels with Trump's transition team. Before the phone conversations Thursday, The New York Times reported that Trump and Xi had not spoken since Nov. 14. The White House apparently realized, after time, that Xi would only take a phone call with Trump if he publicly reaffirmed the 44-year-old policy.

In December, Trump suggested he was willing to put the "one China" policy on the negotiating table as leverage for the U.S. to improve its trade relations with China.

"I fully understand the 'one China' policy, but I don't know why we have to be bound by a 'one China' policy unless we make a deal with China having to do with other things, including trade," Trump said at the time.

A Chinese official responded to Trump's comments by saying that the "one China" policy was the political foundation between U.S. and China. After the conversation Thursday night, it appears Trump with agree with what China says.