WATCH: Betsy DeVos initially blocked from entering a D.C. school by protesters who oppose her policies 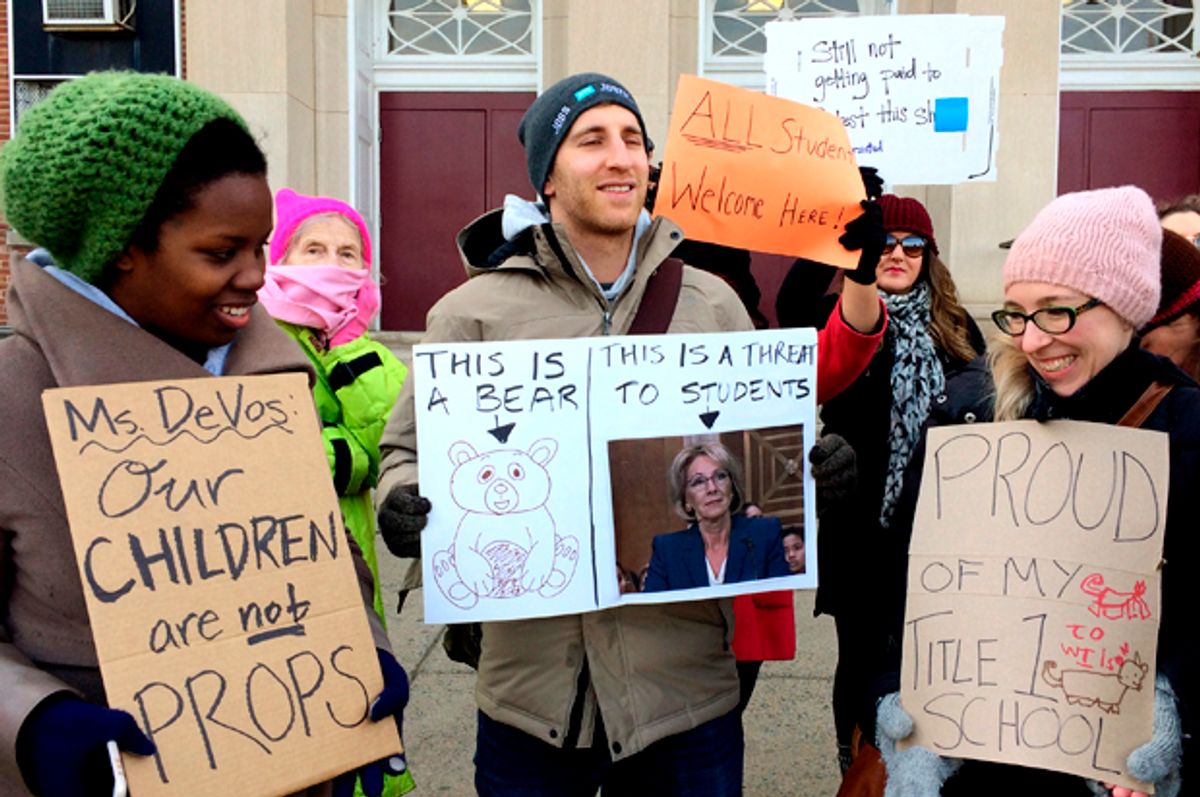 Betsy DeVos barely received the votes to lead the Department of Education. On Friday morning, her third day on the job, she was barely able to get into a school.

A video filmed Friday morning shows DeVos trying to sneak into the side entrance of Jefferson Middle School in Southwest Washington. Dozens of demonstrators had gathered in front of the school to greet the new education secretary, so DeVos attempted to outflank them by entering through a discreet side door. Her strategy was foiled instantly, however, as protesters spread out to block her from proceeding up the stairs, forcing her to retreat back to her vehicle.

DeVos was eventually able to enter the school, where she had a "productive meeting" with students, staff and leadership, according to a statement provided by the District of Columbia Public Schools.

On Thursday night Elizabeth Davis, president of the Washington Teachers Union, had called on her Twitter followers to "say 'no' to privatization of our schools" by meeting at the middle school before DeVos' visit. Dozens of teachers and parents showed up Friday morning to oppose DeVos' radical policies, which — to some — seem to abandon traditional public education in favor of charter schools and alternative education.

"We want to share the message that we love our public school system," Davis told reporters outside the school Friday. "Public education teachers believe that public education is the cornerstone; it's the foundation of our society."

"Public Schools is committed to serving all students who walk through our doors and believes that having a strong traditional public school system is vital to the success of the District of Columbia," the District of Columbia Public Schools said in a statement. "We are proud to be the fastest improving urban school district in the country and that the Secretary of Education chose to see the great work of our teachers and students."