Danger in my belly: I know where Donald Trump's tribal rhetoric can lead

I came to America as a refugee from Somalia. I know what happens when a group of people is labeled as a threat 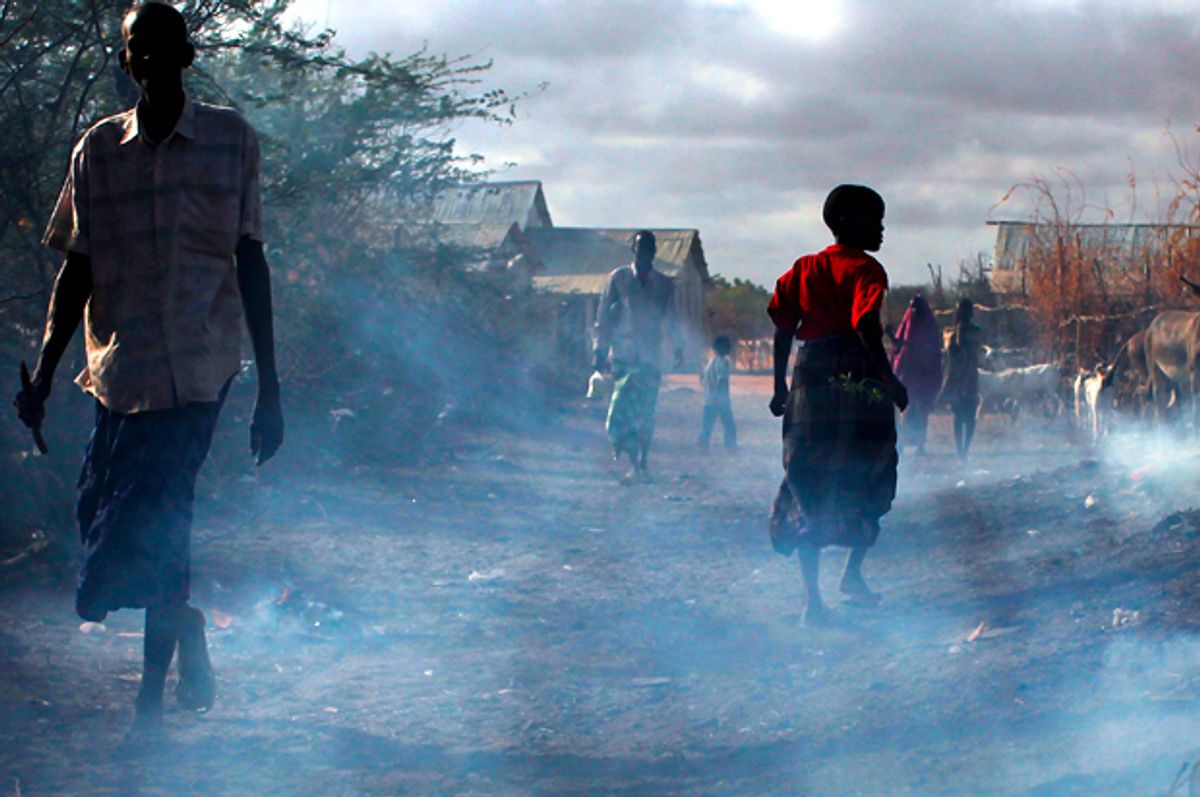 I am black. I am a Muslim. I am a war survivor and I am a refugee turned writer from Somalia who now lives in the U.S. Like you, I am a two-legged human creature. America is not a distant hope for me or, for the refugees across the United States, but it is a warm and peaceful home. Life has taught me that it is easy to destroy a nation, but it is very hard to build it up.

Somalia, the country of my birth, is now on the list of banned countries for those wishing to enter the U.S. My own mother, who is a naturalized citizen, currently lives in Somalia. As her first son, I had seen the gory of war, the agony of refugee camps, but, thanks be to God, she and I made it to America in July 1993. We felt safe and made cold New England our new home. With the rise of President Donald Trump's America, that sense of belonging is now dimmed.

In September 1993 I started Bedford High School, where on my first day the school hired Estee, an English as a second language teacher for me. Staffers bought a blue flag with a white star in the middle and they told me that I was a Somali-American. In a way, this restored the dimmed identity of my fractured life. The school exposed me to books: "The Old Man and the Sea" by Ernest Hemingway, "The Scarlet Letter" by Nathaniel Hawthorne, "The Autobiography of Malcolm X" as told to Alex Haley and "The Things They Carried" by Tim O’Brien.

The first word I felt in love with in the English language was “preposterous.” There was something about this word that I liked. In Somalia, a country with a single race, a single religion and single tribe but with many clans, the war between clans was beyond preposterous. I never asked God for membership in the tribe I was born into. God chose it through my father, and the fact that my siblings and I belonged to the clan of our dead father was definitely preposterous.

Above all, President Trump's immigration ban has been the most preposterous thing of all my life, whereby America's 70 years' worth of post-World War II prestige is being damaged on a global scale. But since hope was all I carried to America, I am hopeful that the voices of reasons and intellect will prevail over the demagoguery.

The fast-moving situation with regard to President Trump’s executive order temporarily banning people from seven majority-Muslim countries from entering the U.S., combined with his Twitter rhetoric, is not only creating doubt and fear in the heart of refugees, but it is also labeling Muslim Americans as terrorist sympathizers. For the first time since I walked on the clean American soil, I feel a danger in my belly. I am now afraid for all the Muslim refugees who left their countries because of war and who came to America to seek a better life. And I know a lot about the danger of labeling a group of people as a threat that needs to be contained and removed from society.

In 1990, I was 13 years old. At the time, my world was about skipping school, flirting with girls, raising pigeons and playing soccer under the magnificent Mogadishu blue sky. I knew nothing about what was simmering behind the lips of the people. My father had died a year earlier, but as part of Somali culture, my younger siblings and I belonged to our dead father’s clan. President Siad Barre had ruled Somalia for more than 20 years, and he, too, belonged to our clan.

The Somali economy was struggling and people were hurting. Jobless men often sat in groups in front of the teahouses. As they played cards, they started to blame the ruling clan for their economic ills. Politicians picked up the blame game and politicized it. It wasn't long before the men's tea talks over poker turned into fistfights in the markets. Frustrated men began to engage in drive-by shootings on innocent people. The murder rates went up. As people’s internal hate simmered, conflict on a larger scale erupted in the streets of Mogadishu in December 1990.

A boy, a next-door neighbor, came to my house holding an AK47. He came to kill me because I was no longer his friend. I, along with my family, was among those who were libeled as being part of the enemy clan. The threat of murder hung over my family until we made a hasty departure — to anywhere. We fled our three-bedroom villa in Mogadishu, leaving behind a little of everything: my birdhouse, the chicken coop, Bella and Bilan (our goats), a broom, a wheelbarrow, examination papers, a bulky briefcase, my red typewriter, photographs, and the wooden chair with stretched animal skin that my father used to sit on before he died.

Our precious lives were more important than worldly things. In the same year, that boy who wanted to kill me lost his own life. Our lives had been like a lick of flame from hellfire. Somalia is still burning. In the end, there were no victors but only victims.

I called my mother this morning. We talked about how unlucky we were to have experienced the war in Somalia and the possible upcoming conflict. She expressed her fear as she questioned our peaceful stay in the United States and, though I shrugged off her concerns, I fully understood her. As survivors of Somalia’s catastrophic civil war, we could see the danger that lies in the uncontrolled tongue and we have seen this before.

She told me about how for three years the rain refused to fall and that the soil in Somalia is dried. The crops, the camels, the goats, the sheep and the cows are dying in masses. A poor mother with three orphan children recently died of starvation. As she spoke of the carnage from the prolonged dry season, I thought about the impending devastation from global warming, of Somalia is also a victim.

Like many naturalized citizens, I was rescued by America from the decay of the refugee camps and exposed to literature. The danger is no longer in our bellies. It is out in the open because President Trump has made it OK to express it openly as he advocates, among other things, fear of Muslim refugees in the name of safety for the homeland. If the flame of rhetoric is not contained, I fear for my America. I owe at least to write to her about what I know.

Boyah J. Farah is a refugee turned writer from Somalia whose works of nonfiction have been featured in The Guardian, Harvard Transition, Scheer Intelligence at KCRW, Grub Daily and Truthdig. A Judy Layzer Fellow, he participates in the Memoir Incubator at GrubStreet Creative Writing School in Boston. He is a team member of Open Learning Exchange.