WATCH: Bill Maher and Jim Jefferies tell Piers Morgan to "f-off" over use of alternative facts

"Hitler didn't kill the jews on the first day: he worked up to it," Jim Jefferies tells Piers Morgan on Bill Maher 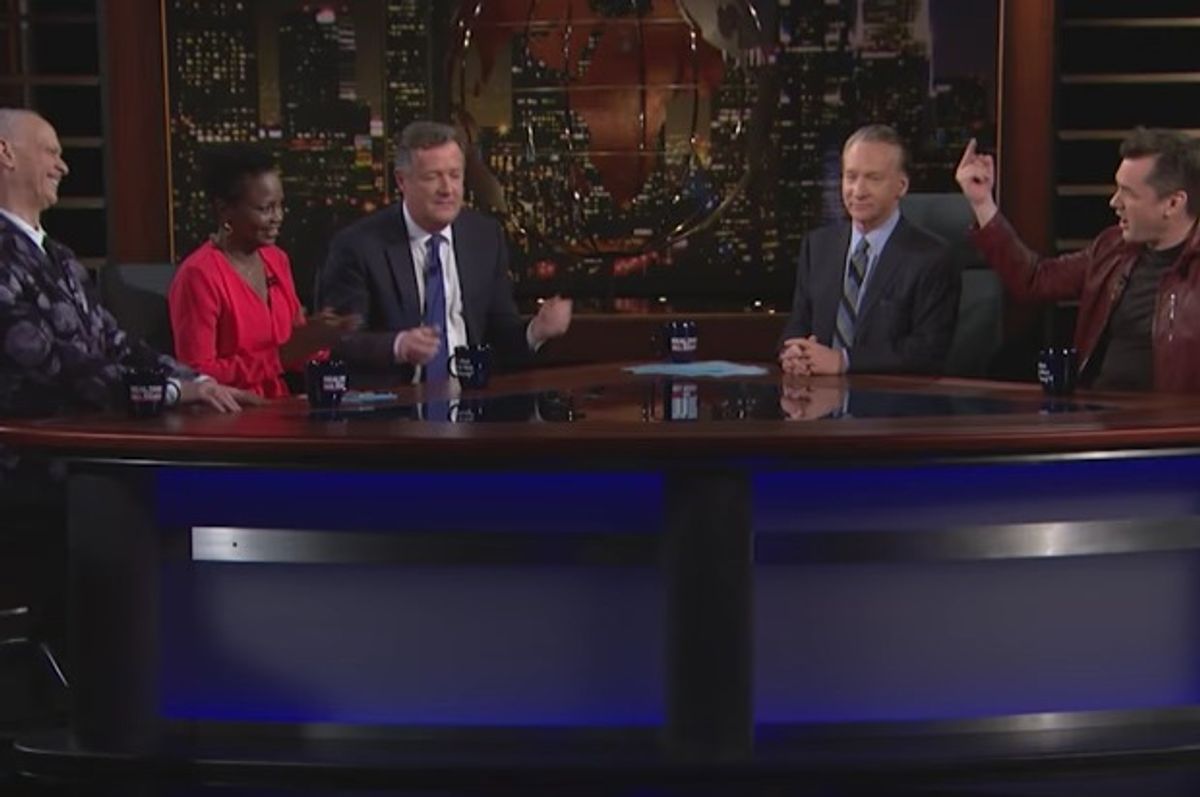 All it took was Bill Maher asking Piers Morgan for an apology from Trump voters who said Hillary Clinton was the lesser of two evils was the "lesser of two evils" to launch Morgan, the U.S. Editor-at-Large for DailyMail.com, and Australian comic Jim Jefferies into a shouting match. "Why?" asked Morgan, who recently defended Ivanka Trump from criticism over her clothing line being a conflict of interest and later pulled from Nordstroms. He called her critics "Hillary’s hateful losers.”

"Are you serious?" asked Maher. "Hillary Clinton would not have had a cabinet with Betsy DeVos and f*!ing Rick Perry!" he shouted. "There wouldn't be a Muslim ban, we wouldn't be feuding with Russia. . ." Morgan interrupted Maher. "Calm down Bill," he said pedantically. "There is no Muslim ban. This is the hysteria we are seeing."  The other guests on Maher's panel, which included filmmaker John Waters and Moveon.org staffer Karine Jean-Pierre, simultaneously told Morgan to "f**k off", with Jefferies even giving Morgan the finger.

"You just like that you won The Apprentice, and you have a famous friend, that's all, mate," taunted Jefferies, referring to Morgan's season seven Apprentice win, during which he befriended President Donald Trump. Jefferies had just made a comparison between Hitler and President Donald Trump, which Morgan vehemently disagreed with, telling Jefferies he should relax and watch the insults, because "you are losing your audience!" Jefferies looked right at the camera and audience and asked, "Am I losing you?" to wild applause and cheers, with cries of "no!"  It is clear that at least in Bill Maher's world, both pundits and audiences alike are recognizing the tide of concern surrounding the ongoing choices and demeanor of President Trump.