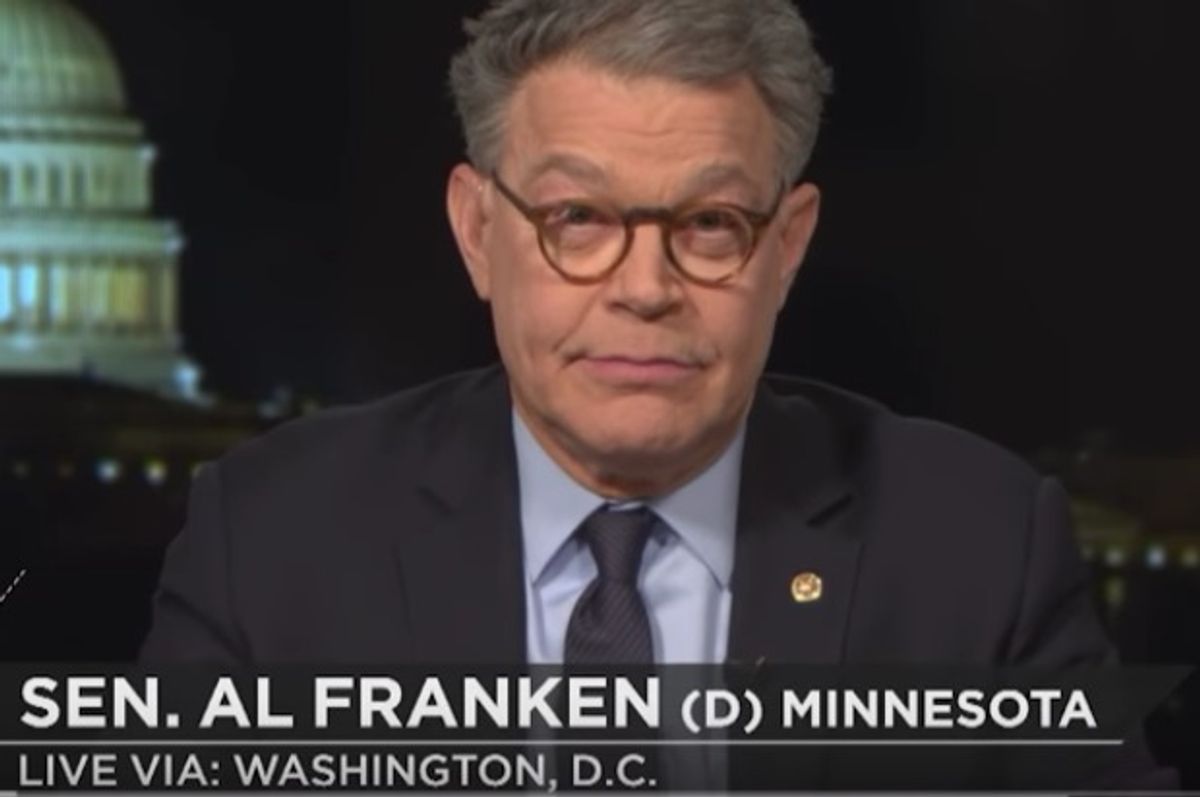 When asked on Friday's Real Time with Bill Maher if senate Republicans will admit to other senators that President Donald Trump may actually have mental problems, and what they say, Sen. Al Franken (D, Minnesota) said, "Well, there's a range." Then, pausing, he added, "Some say he's not right mentally. Then, some are harsher." To audience laughter, he admitted, "Wait, that was cheap. There are some that don't talk to me, but I haven't heard a lot of good things, and I've heard some great concern about the president's temperament."

The two went on to discuss statistics about Donald Trump voters, and Sen. Franken said that only 25% of Americans do not understand civics. "Wow, Washington has really turned you into an optimist," joked Bill Maher. "The glass is half full," Franken replied. "Half full of what, I don't know, but it's half full."  The banter turned into serious opinion when Maher asked Sen. Franken about his hopes for the Supreme Court replacement judge, with whom he was going to meet shortly.  "I don't want another 5-4 conservative activist judiciary," said Franken, who is on the Senate judiciary committee. "They have the majority, and we can't stop them from having hearings, but what I'm saying is but the Roberts court has been activist, pro corporate, pro pollution, pro big money in campaigns in elections, and I'm not going to OK another 5-4 Roberts court."

To suggestions of impeachment, Sen. Franken said, "I know everybody wants a quick fix, but this is going to be a bit of a marathon." But, he was optimistic. "There is  energy around the country. We are seeing red districts where people are showing up at town halls. I want to encourage people to keep that up," added Franken. "We got hundreds of thousands of calls about Betsy DeVos at the Senate, and it makes a difference: She is not going to be able to do some of the things she wanted to do because of that. Keep it up."