One nation, under cops: 3 reasons to believe America could become a police state under Trump 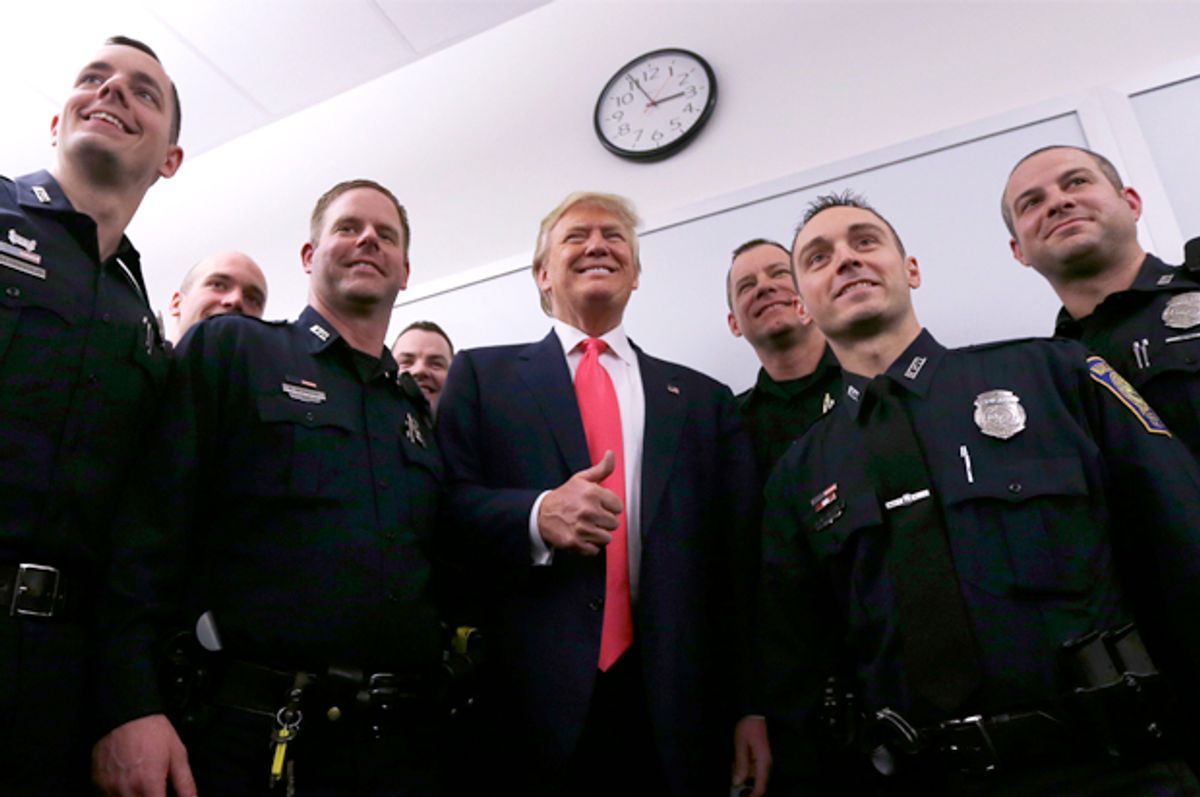 Trump has been in office for three weeks, but "Big Picture" host Thom Hartmann is already preparing for the awesome surveillance power his administration may use on its citizenry.

On Friday, President Trump promised to reveal new security measures during a news conference with Japanese Prime Minister Shinzo Abe. The announcement came on the heels of the 9th Circuit court's ruling against Trump's immigration ban, which he has vowed to appeal.

"Is the U.S. moving closer to becoming a police state with the so-called war on terror as an excuse?" Hartmann asked of Mike Papantonio, a civil rights attorney and author of "Law and Disorder" (2016).

"This is simply a push to pause. We're just making a decision saying that to go forward with this would [cause] irreparable harm in so many ways," Papantonio said of the 9th Circuit's ruling, before offering three reasons America could devolve into a police state under Trump.

1. Most people don't know the law.

"Border patrol agents can get away with a lot of things simply because most Americans, and especially non-Americans, they're not fully aware of the law," argued Papantonio. "Can a border patrol agent legally require you to turn over your social media or cell phone password? No, but people do it. And it's gonna be case by case."

2. Social media anonymity has yet to be ruled on.

"The First Amendment allows the right to anonymous speech. But whether or not online speech, for example, something you say on Twitter or Facebook counts as 'anonymous' is something that hasn't been decided by the courts," he explained, which leaves plausible deniability for government operatives.

"When an agent asks for things such as, 'What sites do you visit, let me see your telephone,' [they can then say] 'We need to know more, so I'm going to take your fingerprints, we're going to investigate . . . try to get across the border later,'" Papantonio told Hartmann.

3. Trump believes he's above the law, or will challenge it.

"Everything that we're going to start hearing is going to have an argument with it, the argument being, 'We got some notice that there's some cooperation between the ACLU and some cell of terrorists, and we're worried about it,'" Papantonio hypothesized. "That's the problem here, this ball just keeps moving in any direction someone creative wants to push it."

The ACLU warned Trump on Nov. 9. "Should President-elect Donald Trump attempt to implement his unconstitutional campaign promises, we'll see him in court," the group tweeted before announcing an expansion plan to fight Trump's policies last week.

As Papantonio predicts, interpretation of Trump's orders by those he depends on most will be "totally discretionary in so many ways."