From coast to coast, Republican state legislators go on the attack against women's rights and needs 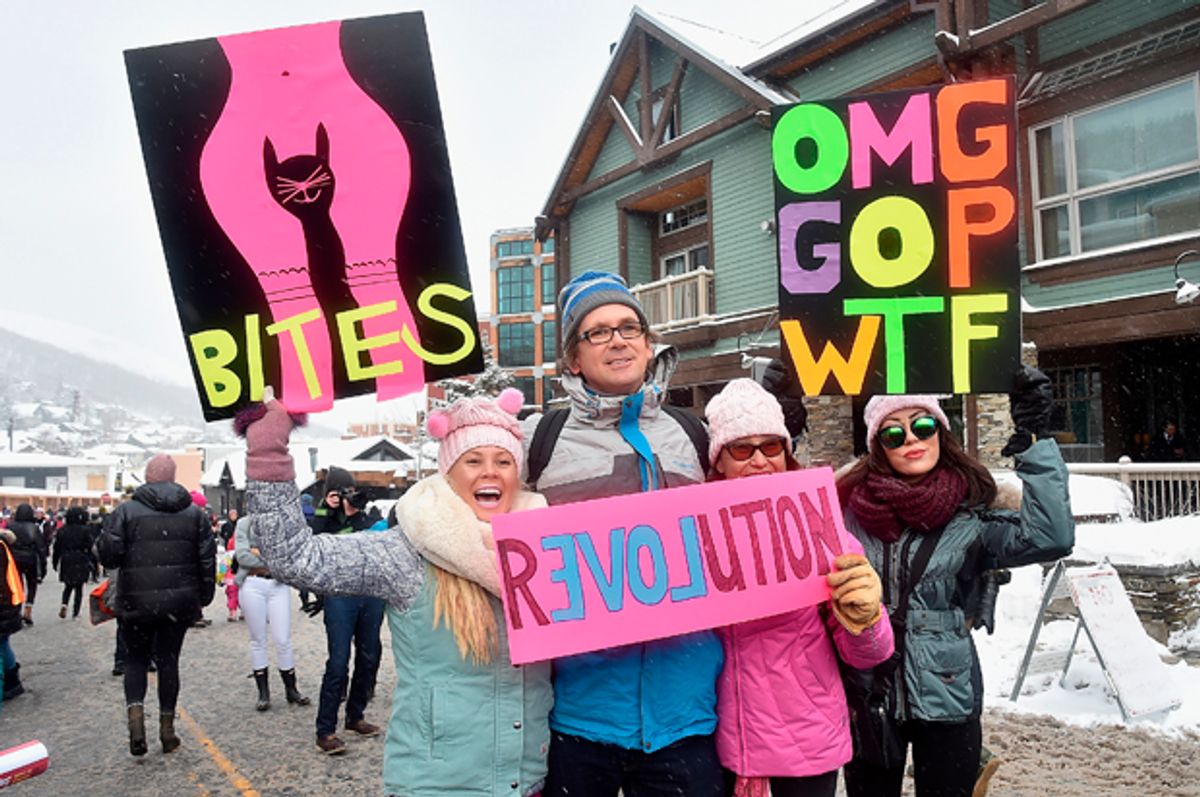 It's February, the glorious time of year when state legislators start introducing all manner of bills in their various statehouses. Which also means that it's our annual reminder of what male Republican voters really think of women and, as usual, the answer is nothing good. "Grab 'em by the pussy," Donald Trump's famous utterance into a hot mic on his way to an "Access Hollywood" taping, feels like it could almost be Republicans' new motto, after looking over the offerings from their state legislators this year.

Every couple years or so, some Republican state legislator gets it in his head that the law needs to formalize his belief that a man's having sex with a woman gives him property rights over her body. This year, it's Oklahoma state Rep. Justin Humphrey, who introduced House Bill 1441, which would require any woman seeking an abortion to obtain the permission of the man who got her pregnant.

“I understand that they feel like that is their body,” Humphrey told Jordan Smith of The Intercept. “I feel like it is a separate — what I call them is, is you’re a ‘host.’ And you know when you enter into a relationship you’re going to be that host and so, you know, if you pre-know that then take all precautions and don’t get pregnant."

Humphrey further said, "I’m like, hey, your body is your body and be responsible with it," adding, "But after you’re irresponsible then don’t claim, well, I can just go and do this with another body, when you’re the host and you invited that in.”

So a woman loses the right to control her body if she has sex because that's "irresponsible." But a man who has sex does not have to forfeit control over his body but he's rewarded by literally being awarded control over another person's body. Got it.

The Oklahoma courts have spent the past few years throwing out a series of unconstitutional abortion restrictions. That hasn't stopped the Republican-led state legislature there from passing even more laws only to have them struck down by the courts — which is why reproductive rights activists are worried that even this stinker will get the legislature's stamp of approval. While Oklahoma keeps on spending millions to defend indefensible abortion restrictions, the state's public schools are drastically cutting back on class time, often putting kids on four-day weeks because of a lack of government funding.

In Tennessee, a similar bill displaying an unhealthy obsession with how women become pregnant has been filed. State Rep. Terry Lynn Weaver introduced a bill to classify children as "illegitimate" if they are born to a married couple but conceived through artificial insemination. Currently, state law classifies such children as the "legitimate" offspring of those couples, so long as the pregnant woman's husband consents.

Weaver was one of 53 Republican lawmakers who tried to intervene in the custody battle of a divorcing lesbian couple last year. Erica Witt sued her spouse, Sabrina Witt, for denying her parenting rights over a child conceived by Sabrina during their marriage. A Knox County judge ruled against Erica because the original law specifically mentioned "husbands," clearly because it was written before the advent of marriage between same sex couples. Conservative Tennessee lawmakers are still panicked over the idea that a higher court could reverse this ruling. So they have apparently decided that stripping children born by artificial insemination of their legal status is a good way to prevent lesbian nonbiological mothers from having parental rights.

As a side bonus, this bill just happens to reinforce the notion that fatherhood is entirely a question of biology, reduce women to vessels instead of independent agents who may or may not have husbands but who have the power to make decisions about their bodies.

In our third entrant for today is a South Dakota legislator who seems to believe that women work outside the home just for the pin money not because they have families to feed or rent to pay.

Republican state Rep. Wayne H. Steinhauer is one of eight South Dakota legislators, all male, who shelved a bill that would have required employers to offer reasonable accommodation for pregnant and postpartum workers.

“It’s not prison. You can quit,” Steinhauer said during a hearing last week to justify his "no" vote on the bill. “You’ve got a choice every day. You make a choice whether you come to work. And I’m here to tell you, if a person’s not allowing you to breast-feed at work or making appropriate accommodations at work, we can pass this law, but you don’t want to work for that guy. Get the heck out of there.”

In the real world, pregnant women often need their jobs so as to earn money to care for the baby they're about to have — or for the health insurance that makes it possible to afford prenatal care and childbirth services. But in the fantasyland of Republican politicians, that job is a silly lark that can easily be abandoned.

To be clear, Steinhauer is none too keen about women saying no to the pregnancy itself. This year alone, he has co-sponsored two anti-abortion bills, both meant to make abortion scarier or harder to get in South Dakota.