Justice Department warned White House that Gen. Flynn may have been compromised by Russia: report 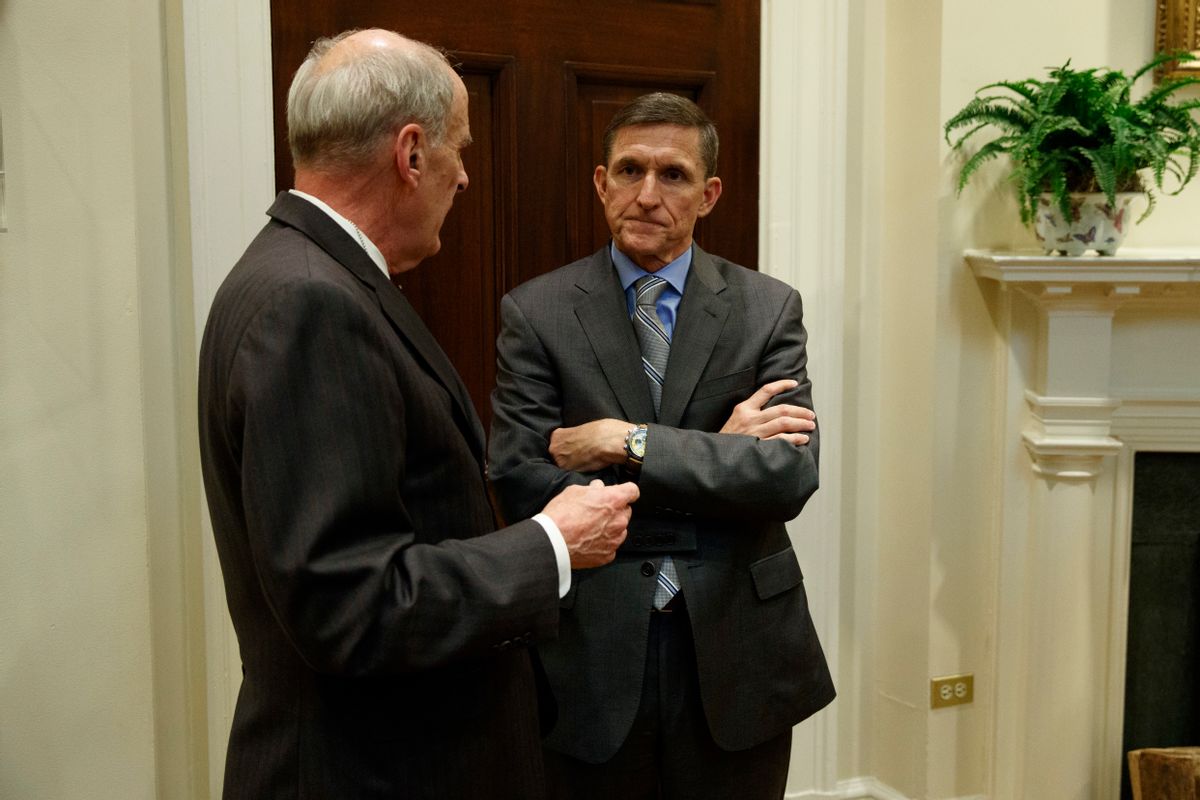 Recently ousted acting attorney general Sally Yates warned the White House that Gen. Mike Flynn was susceptible to blackmail for lying about the contents of a phone call with the Russian ambassador.

After the Obama administration rolled out new sanctions against Moscow for its interference in the 2016 presidential election, U.S. officials were surprised that Russian President Vladimir Putin did not retaliate, according to the Washington Post. Even more peculiar, President-elect Donald Trump commended the sanctions on Twitter.

Suspicious of Trump's and Putin's reactions, the FBI began searching for answers in communications between Russian Ambassador Sergey Kislyak and the Trump transition team. The bureau stumbled upon a phone call with Flynn and secretly wrote a report, which concluded that upon telling Vice President-elect Mike Pence that talks with Russia had not included sanctions, Flynn had put himself in a compromising position, according to an anonymous source that spoke with The Post.

Yates considered the findings "highly significant" and potentially illegal," according to The Post. But prosecution did not look viable. It was evident that Flynn could have been in violation of the Logan Act, a statute that bars a U.S. citizen — which Flynn was at the time — from negotiating with foreign countries that are in diplomatic dispute with the U.S.  But the fact that the Logan Act has never been used in a case was one problem for Yates. An ongoing FBI investigation into the Trump campaign's relationship with Russian associates also dissuaded Yates from prosecuting Flynn.

But that didn't stop her from warning the Trump administration that Flynn may have been compromised by the Kremlin. After Sean Spicer's first media briefing on Jan. 23, in which the press secretary was asked about Flynn's communications with Kislyak, Spicer insisted that sanctions were not discussed. That's when Yates informed White House counsel about the FBI report contradicting these claims, The Washington Post reported.

A week later, Trump fired Yates for defying an executive order by ordering lawyers in the Department of Justice to not defend his immigration ban.