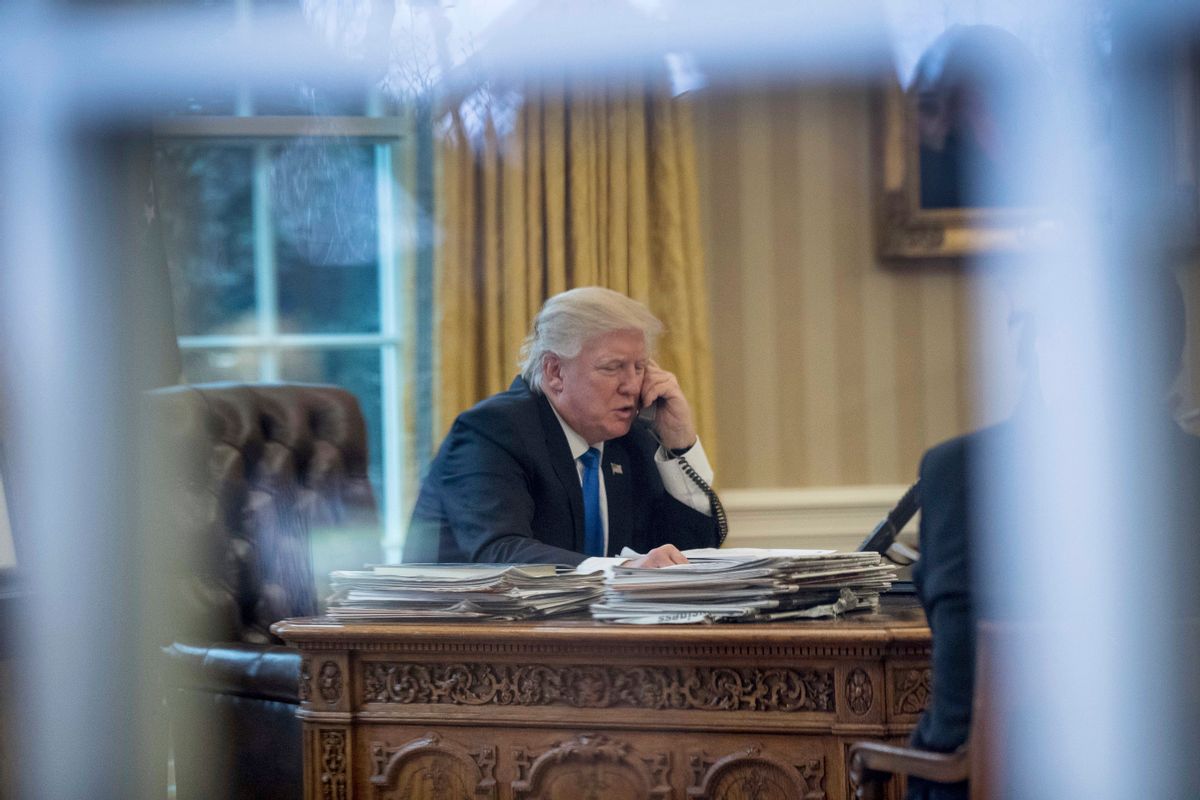 As important positions in the Trump administration remain unfilled, the president has launched an internal investigation to find the staffers who have leaked stories to the media. According to a report from The Washington Post, White House staff constantly fear that they will be accused of talking to the press and many have resorted to using a secret chat app on their mobile devices in order to freely communicate with reporters.

Scrutiny from the media, including the caricatures drawn up by "Saturday Night Live," has reportedly consumed President Donald Trump and White House staff. Some senior officials are concerned about their futures in the administration, afraid that Trump might order a complete overhaul of personnel. Aides apparently have to avoid appearing "weak" or "low energy," so as to not agitate the president, The Post reported.

It appears no White House senior staffer is safe, either; Trump has expressed doubts about Chief of Staff Reince Priebus and Press Secretary Sean Spicer. Even vital Chief Strategist Stephen Bannon has reportedly irritated the president. The "SNL" sketch that had Bannon played by the Grim Reaper, manipulating the commander in chief in the Oval Office, reportedly bothered Trump.

The looming investigation into the leaks, and the constant criticism from the press, has prevented the White House from getting its act together. The job of White House communications director is still available, leaving the beleaguered Spicer to perform two separate roles. According to The Post, several candidates have declined the job offer, including Brian Jones, a former senior adviser to Mitt Romney in the 2012 presidential campaign.

Other sub-Cabinet positions across various agencies remain open. But it sounds like Trump's main priority at the moment is playing plumber and plugging the leaks.